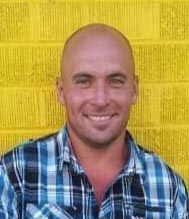 Davy spent his first 11 years in southern California. He always considered himself a true Californian. He spent much of his time enjoying the beach and surfing with his uncle Scott. He was an avid and talented skateboarder. His many friends said he was the best skateboarder they had ever seen. After the family moved to Utah, he continued his athleticism by becoming an excellent snowboarder.

Davy never wanted to be defined by his mistakes and he was so much more than that. He was a loving, intelligent child of the suburbs who fell into the grips of drugs and alcohol. It can happen to anyone. Sadly, Davy’s journey through life had many ups and downs. He would talk to anyone with a smile always on his face. He complimented others even while struggling with his own inner demons.

Davy believed strongly in second chances, maybe because he craved another chance for himself. He was an organ donor and wanted to donate his organs to save others. Sadly, his driver’s license, with his donor information, arrived after his death.

Davy tried his best to take the steps to change the course of his life. The day Davy died a part of us died along with him. The memory of his smile and his sunny disposition will never be forgotten. Davy loved his family and his little sister, Tasha, was his favorite. We, as a family, only hope his death will not be in vain. Davy would not want us to be devastated over his death. One of his favorite things to say was “GO WITH THE FLOW.”

Davy, may you skate through heaven with Harley, your nephew. I’m sure Harley was waiting for you with his skateboard to show his favorite uncle the ropes.

A visitation will be held, Saturday, Feb. 15, 2020, from 12:30-1:30 p.m. at the Metcalf  Hurricane Valley Mortuary, 140 N. Main St., Hurricane, Utah. A graveside service to follow at 2 p.m. at the Hurricane City Cemetery, 225 E. 600 North Hurricane Utah. Arrangements entrusted to the care of Metcalf Mortuary, (435) 673-4221. Please visit our website at www.metcalfmortuary.com for condolences, complete obituary and funeral listings.

Optimize your health this summer! Tips for living life to the fullest