ST. GEORGE —On the final day of trial involving the 2018 attack at Lee Cleaners, prosecutor Jerry Jaeger told jurors in an impassioned closing argument that “Stephen Gardner needed to pay for this horrific crime.” The jury agreed.

The jury deliberated for just over an hour Tuesday to find Gardner guilty on all counts, including first-degree felony aggravated robbery, second-degree felony theft, third-degree theft and burglary of a vehicle.

The charges stem from an incident reported July 4, 2018, when Gardner entered Lee Cleaners at 4 a.m. and struck Ralph Lee, Sr. multiple times in the head before ransacking the business. After severely injuring Lee, who is now 70, Gardner went through the business owner’s pockets as he lay unconscious on the floor, according to police.

The defendant has remained in jail since he was arrested for an unrelated case on July 13.

After the verdict was read in court, the jury was paneled by District Judge John J. Walton and each returned a guilty verdict individually. The judge then ordered that Gardner be held without bail until sentencing.

The trial was “all about the evidence,” Jaeger said.

Key to the state’s case was the foot impression evidence, which St. George Police Lt. Rich Tripplett said during his testimony Monday was “everything” in this case.

That evidence was explained Tuesday by foot impression expert Diane Shafter from the West Valley City Police Department, the only footwear and tire impression examiner in the state.

The shoe impressions found at the scene were photographed and then sent to the Utah Crime Lab, along with the shoes, for DNA testing before they ended up on Shafter’s desk.

The examiner testified that her analysis showed the print was made by an Adidas shoe with a herringbone tread pattern that matched the photos and the actual shoes recovered from the closet of an apartment where Gardner was staying at the time.

At the outset of the comparison, Shafter said she was “trying to disprove” that the shoe in question is a match.

“I’m not trying to make that impression fit,” she said, adding that the goal is to prevent any false identifications.

During the analysis, the examiner noted one large accidental defect caused by a small pebble that became lodged in the tread near the toe area of the shoe, along with three smaller defects near the heel.

The photograph was then created on a clear acetate slide that was  placed on top of the photograph taken from the bloody footprint left at the scene, which was a match.

Shafter concluded that finding another shoe with the same tread, wear and defect pattern would be an “impractical impossibility,” meaning there is a “high probability it will never happen again.”

St. George Police Officer Matt Sherman took the stand Tuesday and testified that he took buccal swabs from both Gardner and Lee that were sent to the Utah Crime Lab for analysis, along with a pair of gloves, a bandanna and the shoes the defendant was allegedly wearing.

DNA testing revealed that inside of both gloves there was the “highest concentration of DNA,” forensic scientist, Amber Mayfield said, adding that the “major male profile is consistent with Stephen Gardner.”

Mayfield said the possibility of the DNA being from someone else is 1 in 29 septillion, which is the equivalent of 29 trillion trillion.

Analysis of the bandanna revealed DNA from three individuals but was not suitable for testing, meaning there was not enough DNA from any one of them to produce a profile, Mayfield said, similar to the shoes that had DNA from multiple people, none of which could be analyzed.

During cross examination, defense attorney Caleb Cottam made a point of clarifying that the DNA  found on the bandanna belonged to individuals other than his client.

The samples were also sent to Sorenson Forensics for a analysis that also came back with Gardner’s profile that was a 1 in 1.68 trillion chance it could have come from another individual.

The state also called Brandon Sullivan, a St. George City employee, to the stand Tuesday. Sullivan was painting the crosswalks and other markings at the intersection of 700 South and 700 East on the morning of the incident, only blocks from Lee Cleaners.

Sullivan testified that he and another employee were both working shortly before 4 a.m. when an officer pulled up and asked them if they had seen anyone running in the area or anything suspicious, and he said they denied seeing anything that caught their attention at that point.

It wasn’t until “a little while later,” Sullivan said, that he observed a “male figure” running west on 600 South towards 700 East, and then the man stopped at the corner.

The man “acted strange and seemed panicked,” and then he looked around before continuing west, Sullivan said during his testimony.

“It seemed like the man was trying to get away from something,” he said.

Sullivan also said he contacted police right away to report the sighting.

During cross-examination, Cottam asked if it was dark when they saw the man, to which Sullivan said “yes,” and then Cottam asked how far away he was from the individual at the time.

“About a block away,” the witness said.

The prosecution played a recording of a telephone call between Gardner and his girlfriend that took place at the jail shortly after his arrest. During the one-minute clip of the call, Gardner can be heard telling his girlfriend that he was upset that his friend David Greene “gave them that backpack,” referring to the backpack found by police during the search of the apartment.

“You know what’s funny? My wallet that disappeared a few months ago – that was in there too,” Gardner could be heard saying on the recording.

When the girlfriend asked if the money – which Jaeger said was presumably the money taken during the robbery – was in the wallet, Gardner can be heard saying, “Of course the money wasn’t in there, but my wallet was in there.”

Greene testified Monday that police arrived at his home shortly after the incident with a search warrant, and inside of a closet used by Gardner, they found several items, including a backpack with a wallet containing Gardner’s identification. At the bottom of the closet they located the pair of Adidas shoes wrapped in a plastic bag that was taped shut.

When it was time for closing arguments, Jaeger went over the jury instructions and how the elements for each crime was met by the defendant’s actions during the alleged attack, saying that Gardner not only brutally attacked Lee during the robbery but left him with the physical effects of that attack, some of which he will never overcome.

The prosecutor also told the jury that Gardner “almost killed the victim.”

“If he did not wake up and crawl to that phone,” he said, “then he would not be alive.”

Jaeger also said that Gardner admitted to his girlfriend during the recorded call that police had the backpack with his wallet in it and “laughed as he admitted that the money was gone.”

The evidence in the case was key, he said, “and that is why you need to find Stephen Gardner guilty of this horrific crime.”

The defense closed by urging the jury to remember a fundamental truth at the heart of the justice system that has remained unchanged, which is the premise that “someone is innocent until proven guilty.” Cottam continued by saying that even the foot impression expert testified that her goal when starting any analysis was to disprove that the shoe being analyzed made the impression.

The same goes for the defendant, in that he is innocent of the crime until proven guilty, Cottam said.

After the verdict was read and the courtroom cleared, Jaeger told St. George News he was grateful for the guilty verdict and that justice was finally served.

“Ralph Lee now has justice. That is what’s important,” he said.

Cottam said that his client had the right to request a jury trial, “and what is most important is the jury process went as it should have, so that’s what needed to happen.”

St. George Police Lt. Rich Tripplett, the lead investigator in the case, told St. George News he thought the jury returned the correct verdict, adding that the brutality that was unleashed upon Lee during the attack was “unthinkable” and “completely unnecessary” but was also what fueled detectives to put in the long hours to find the person responsible.

“There was no reason to do that to that man who did nothing to deserve it,” Tripplett said. “I mean, absolutely nothing. Mr. Lee went to work that day, as he has for the past 45 years. And for that he was almost beaten to death.”

Lee expressed a strong sense of gratitude for the community that supported his family throughout the ordeal and for the tireless efforts of the detectives that not only investigated the case but “tied everything together.”

“From the lawyers to the policemen and everyone who testified on my behalf, thank you very much,” he said.

Gardner is scheduled to be sentenced March 30. 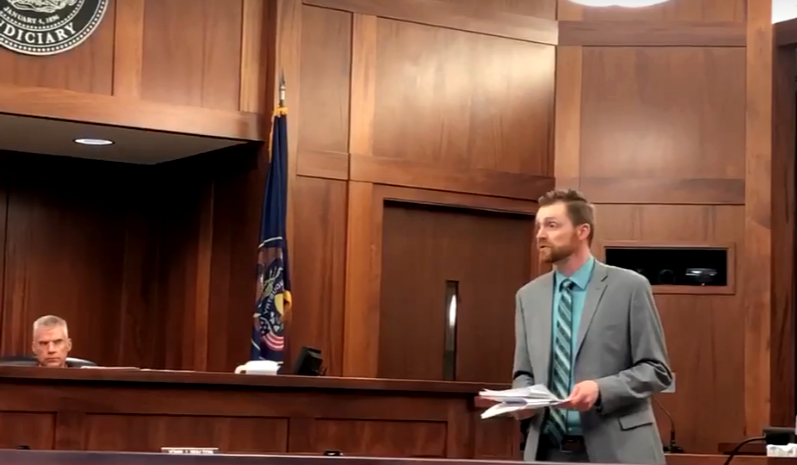 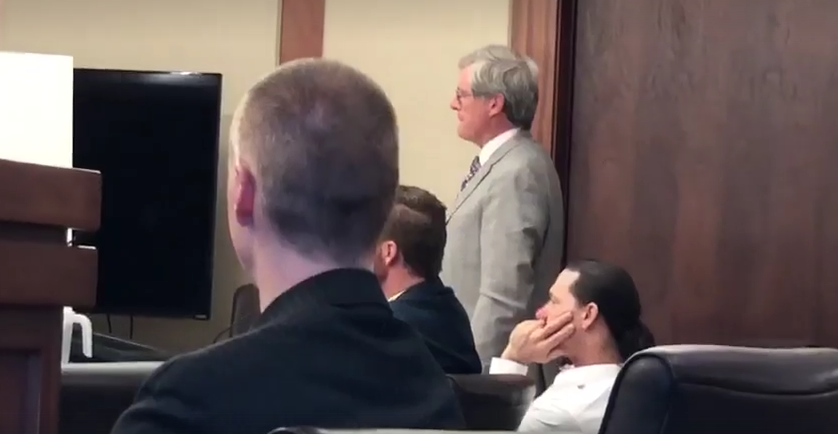 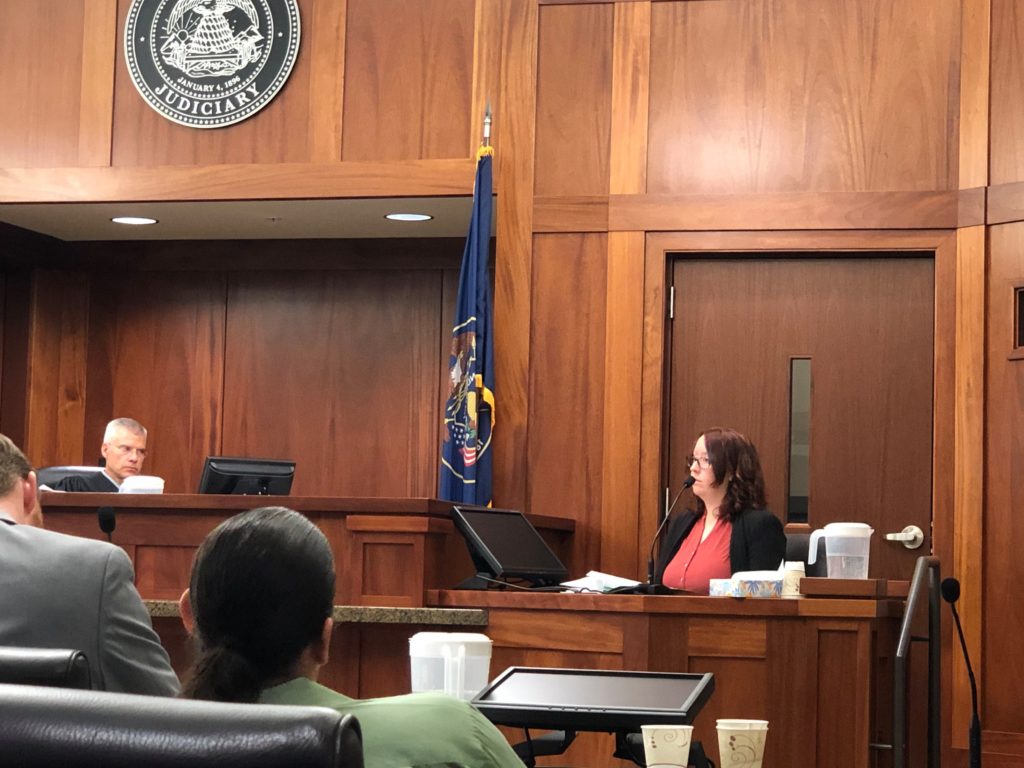 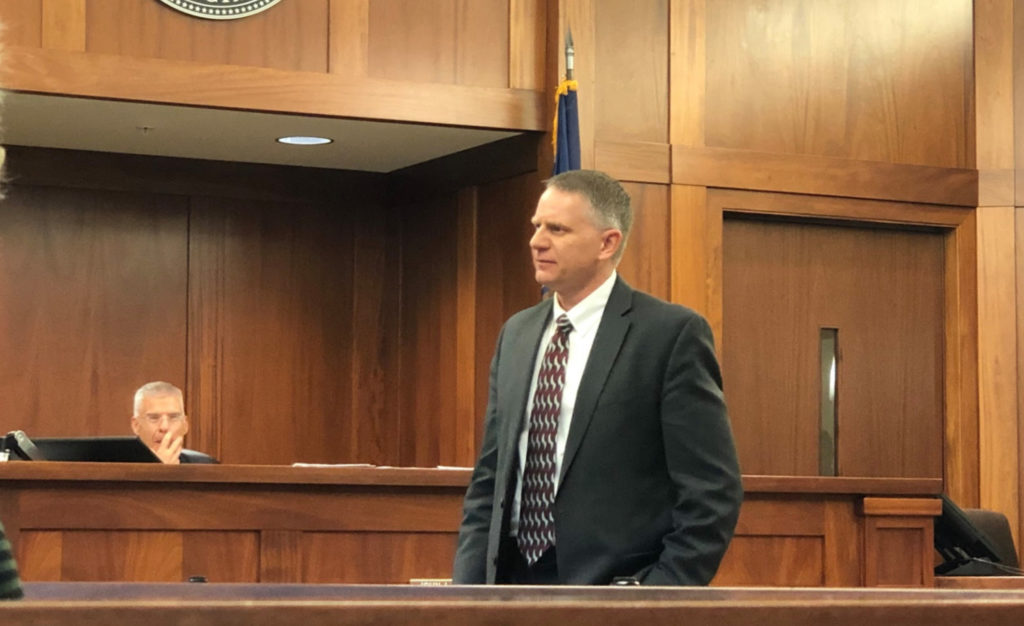 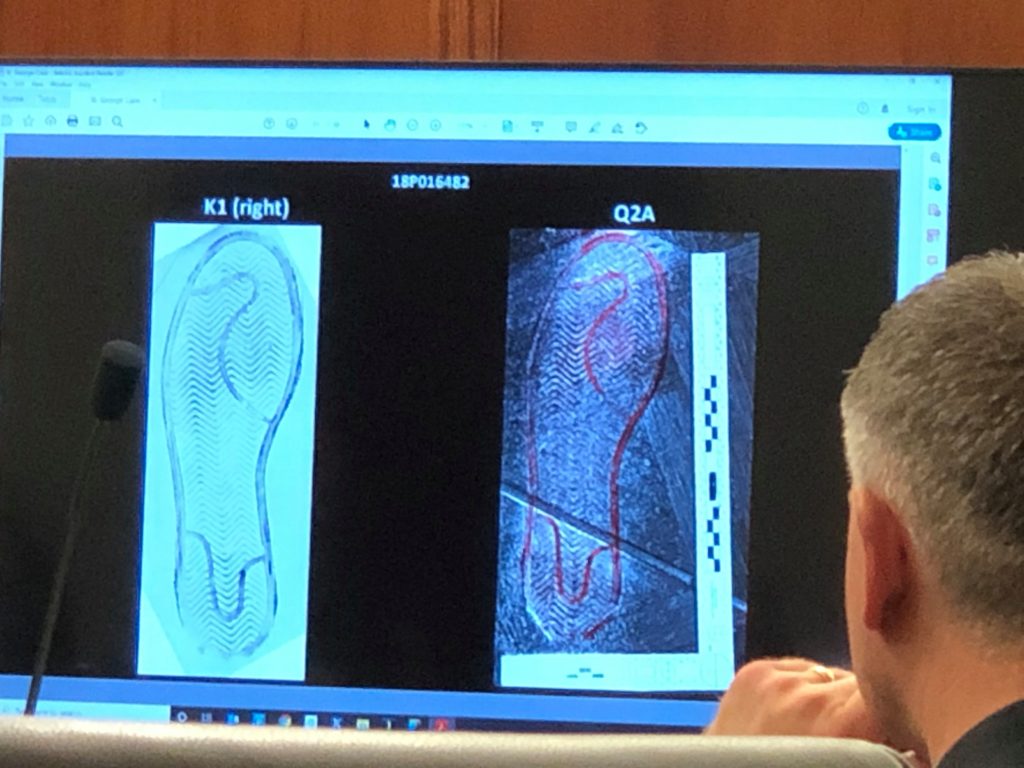 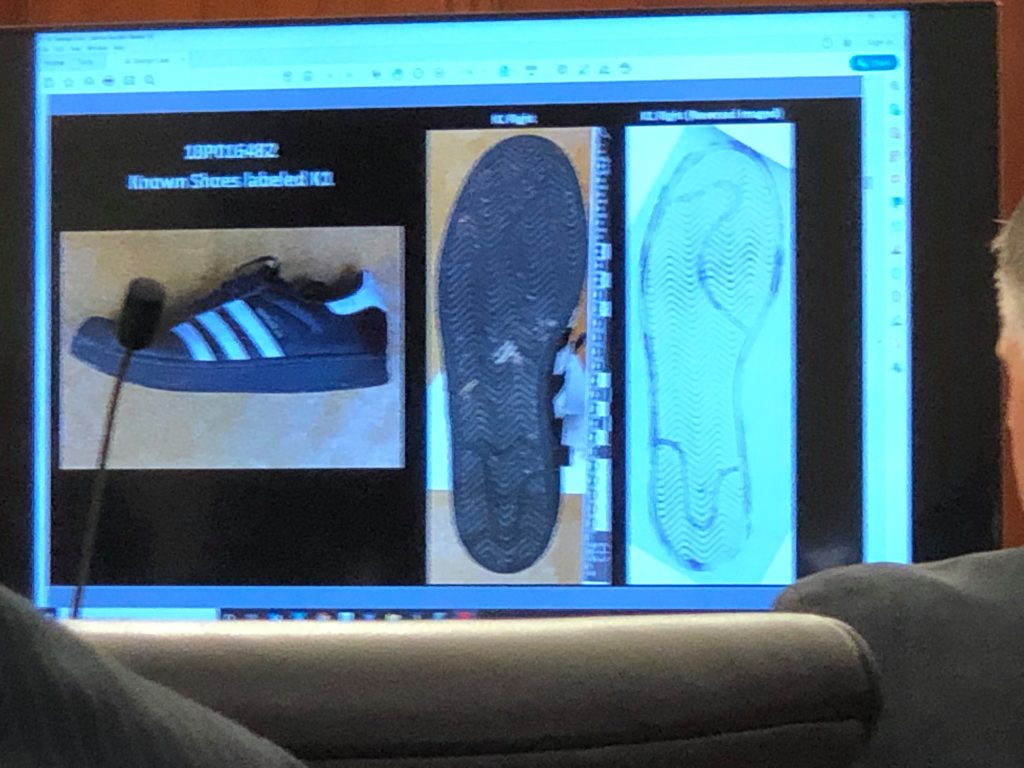 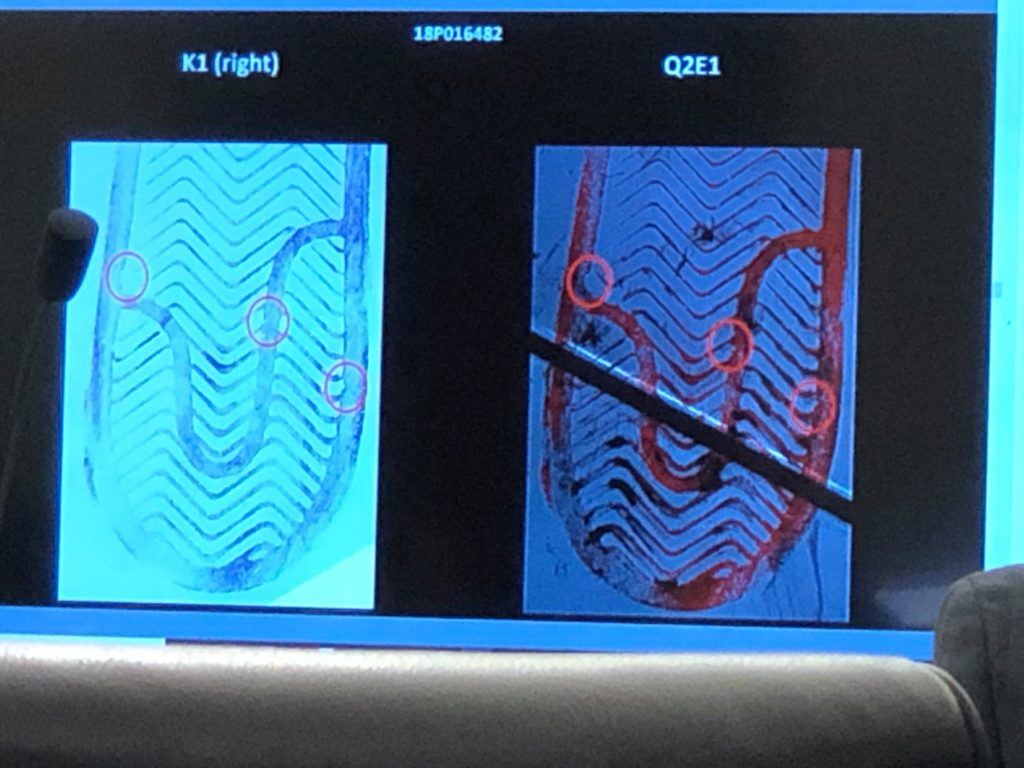 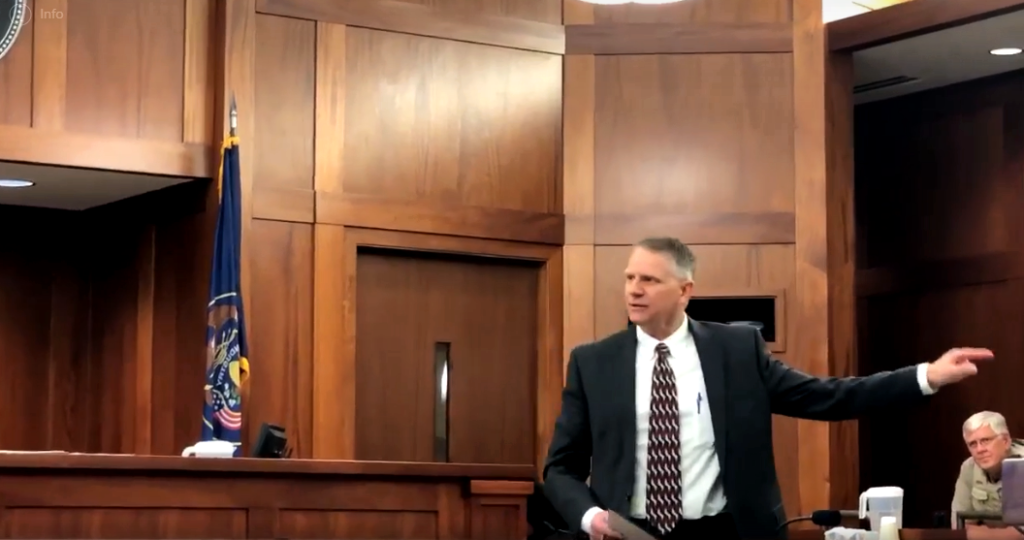 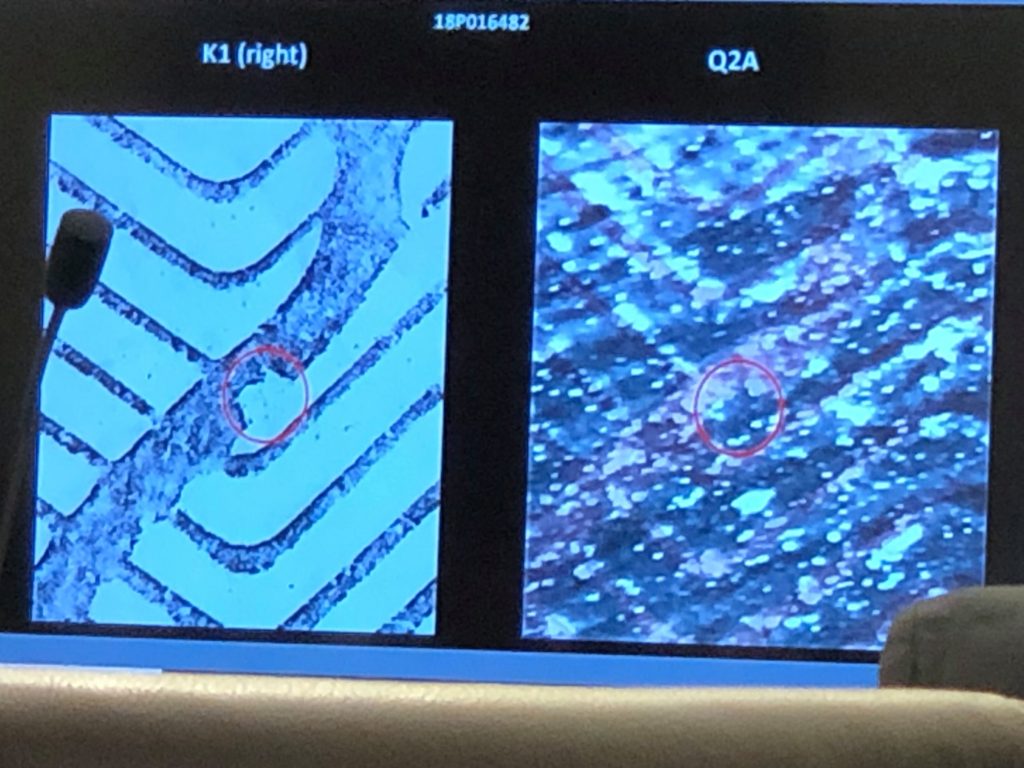 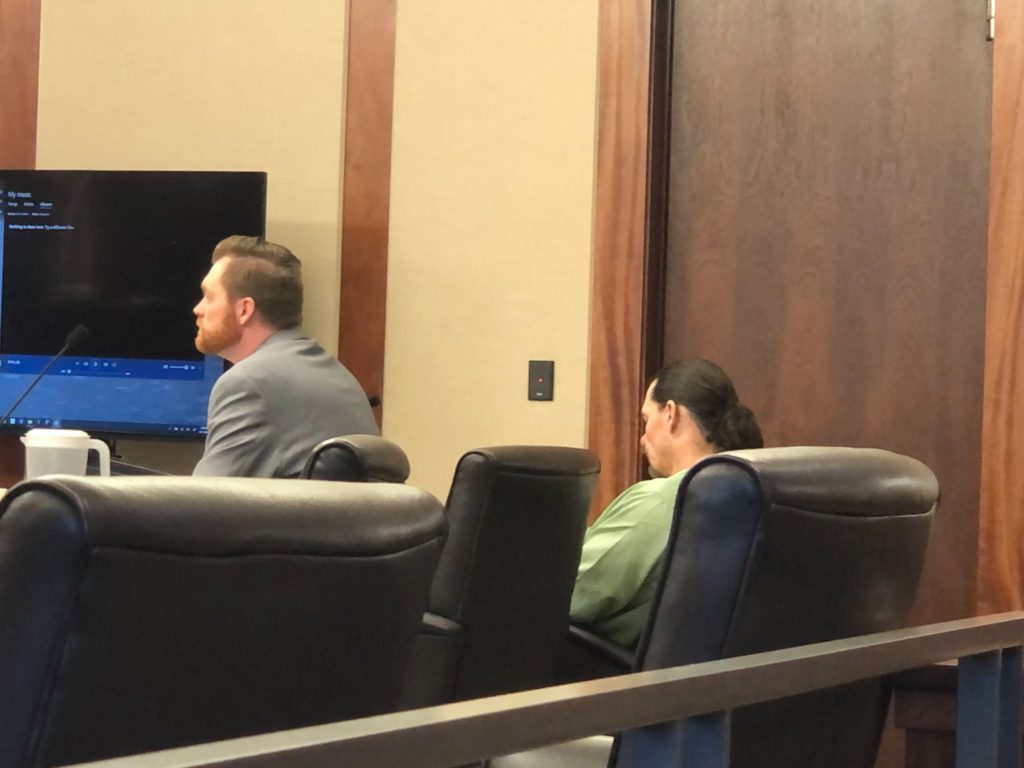 'We're back at it': Students, teachers, admin return to classrooms with safety, learning in mind