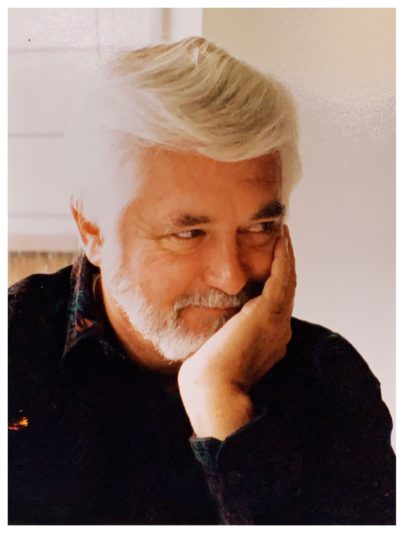 Landon William McCune died on February 6, 2020 in Las Vegas, Nevada, due to complications of a traumatic brain injury. He was 83.

Landon was born on October 26, 1936, in Montebello, California, to Francis William and Irmgard Pauline McCune (nee Mehner). He was always proud of the fact that electricity was first produced by the Boulder Dam on the day he was born. He grew up in Boulder City, Nevada, graduating from Boulder City High School in 1954.

He served honorably in the United States Navy from 1954 to 1958. Married Linda Kemp in 1960, divorced in 1984. Graduated from Los Angeles State College in 1964 with a degree in business administration. For years, he operated multiple service stations, including one in Hollywood that you could see in the hit TV series CHiPs. One gas station was repeatedly featured in local news for having the longest lines for buying gas in Los Angeles during the 1973 Arab oil embargo.

Moved in 1975 to Salt Lake City, Utah, to open the Italian Place restaurant on State Street. Moved in the late 1980s to Alhambra, California, and in the 1990s to Whittier, California, where he lived until his injury. He worked many years for the city of Los Angeles, driving the Bookmobile to inner city schools and later keeping the extensive city storm drain system clear of debris.

Landon had a brilliant mind and was committed to understanding the world and sharing his knowledge of it. If you ever spoke with Landon, you knew that he was especially inspired by Norwegian soprano Sissel Kyrkjebø, who he finally was able to see live in the year before he died.

Landon is survived by his daughter, Janet Sellers (James) of Magna, Utah; his son, James McCune (Kelly) of St George, Utah; his son, Eric McCune (Jennifer) of Salt Lake City; his son, Ryan McCune (Brook) of St George, Utah; his brothers, Ray, Clark, and Craig; nine grandchildren; nine great grandchildren. He is preceded in death by his parents; his brothers, Blake and Roger; and his grandson, Kolbie. He was also reportedly preceded in death by his former wife, who according to government documents, died four years before their divorce.

In lieu of flowers, please donate to the Cystic Fibrosis Foundation, in honor of two of his grandchildren with the disease.