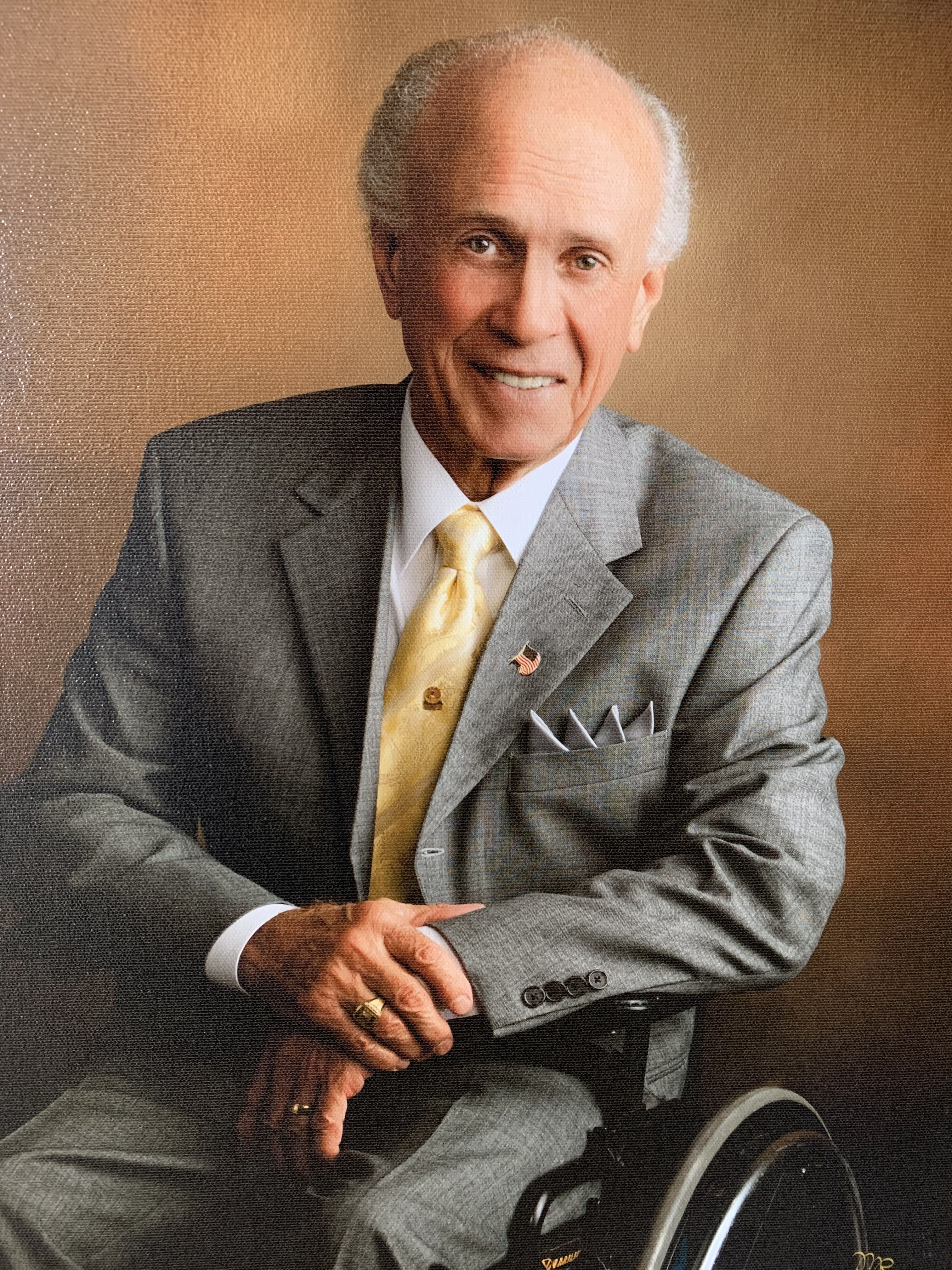 James Larry Fraser, age 79, passed from this mortal existence at the Ivins, Utah Veterans Home on Tuesday, Feb. 4, 2020, surrounded by his adoring and loving family. Larry was born Aug. 28, 1940, to James M. and Hannah Callister Fraser in Tooele, Utah. Larry was raised on the family dairy farm in Grantsville where he learned to be a hard worker as he milked cows, hauled hay, thinned beets, planted and harvested potatoes, and did other farm work.

Larry attended Grantsville High School and was active in the sports of basketball and football in high school and continued to keep in touch with friends who were on those teams with him. As soon as he graduated from high school in 1958, he joined the United States Navy and had basic training in San Diego, California, additional training at Norman, Oklahoma, at the Naval Air Preparatory School and eventually Olathe, Kansas, where he was in Air Traffic Control School. After his training, his assignment was at the Fallon, Nevada, Naval Auxiliary Air Station where he was an Air Traffic Controller.

In March of 1961 at the age of 20, while stationed in Fallon, Nevada, Larry was involved in a motor vehicle accident that left him a paraplegic. Larry was told by his doctors the life expectancy for a paraplegic was 17 years. But being a gentle giant made of stone, he fought for years and years battling against all odds to stay here on this earth with his family regardless of his own pain. Because of his strong determination, his love for the life he made with his eternal companion Mary, “Angel Wife” as he referred to her, his two beautiful daughters, his adoring grandchildren and great-grandchildren. Larry more than tripled his life expectancy and lived almost 60 years after his accident.

Larry met Mary and her two daughters, Anna and Adrie in 1977 at an Anaheim Angels baseball game – that night changed Larry’s life forever. Three years later Larry and Mary married, instantly becoming a family of four and they moved to St. George, Utah, where Mary and Larry were sealed in the St. George Temple in 1982 for time and all eternity. Larry was a dedicated and devoted husband and father. He later became a dedicated and devoted grandfather and great-grandfather. Larry loved being a husband, father, grandfather and great-grandfather, and was actively involved in shaping each one of his loved one’s lives. His thoughts, words and actions gained him the ultimate respect. Larry considered his family his greatest accomplishment.

Larry was an active member of The Church of Jesus Christ of Latter-day Saints and always made sure he kept his Temple Recommend current. He served in many different callings including First Counselor to Bishop Stanley S. Forsythe in the Bloomington Stake Third Ward, Cub Scout Leader, Primary Teacher with Mary for 9- and 10-year-old children, First Counselor in the Sunday School Presidency in the Eagles Landing Ward, Counselor in High Priest Quorum, and with his eternal companion Mary, served a mission for The Church of Jesus Christ of Latter-day Saints in Member and Statistical Records.

Larry is survived by his loving wife, Mary; daughters: Anna Starley and Adrie Ellis; seven grandchildren; three great-grandchildren, with one on the way; his sisters and brothers-in-law: Veda Dickerson, Frances Ann and Richard Reiser, and Pam and Pharis Blackhurst; and many nieces and nephews who adore him. He was preceded in death by his parents, Mack and Hannah Fraser; his brothers, Dee Stice and John Allen; and brother-in-law, Donald Dickerson.

Funeral services will be held on Saturday, Feb. 22, 2020, at 11 a.m. at the Eagles Landing Chapel at 1095 E. St. James Lane, St. George, Utah. Visitations will be held on Friday evening from 6-7:30 p.m. at Metcalf Mortuary, 288 W. St. George Blvd. and on Saturday, prior to services, from 9:30-10:30 a.m. at the church. Interment with Military Honors will be held at Tonaquint Cemetery. Arrangements entrusted to the care of Metcalf Mortuary, (435) 673-4221. Please visit our website at www.metcalfmortuary.com for condolences, complete obituary and funeral listings.