ST. GEORGE — A driver sustained minor injuries in a rollover on Crestview drive in Santa Clara that was set in motion when he fell asleep at the wheel late Monday night.

Shortly after 11 p.m. officers and emergency personnel responded to a rollover on Crestview Drive just southeast of Lava Ridge Road in Santa Clara involving a white four-door passenger car that struck a Nissan pickup truck parked along the sidewalk.

A video of the accident submitted by Nicole Reeder can be seen at the top of his report.

Officers arrived to find the car upside-down in the middle of the roadway and a driver who sustained minor injuries. The man was treated at the scene by emergency medical personnel but declined to be transported to the hospital, Santa Clara-Ivins Police Sgt. Reed Briggs said.

At the time of the crash, the car was traveling on Crestview when the driver fell asleep, Briggs said. The vehicle then veered to the right where it struck the rear bumper of the Nissan, pushing it a few feet forward before the passenger car rolled over.

“It appeared to be a slow-speed roll where the car basically tipped over,” Briggs said.

Officers investigating the crash found that impairment was not a factor, nor did it appear that speed played any role in the crash, Briggs said.

The Nissan was pushed only a few feet forward, which is indicative of a slower-speed collision, Briggs said. Moreover, officers did not find an enormous amount of damage to the passenger car either, such as what would be found when a vehicle rolls due to a loss of control at high speeds. There was no evidence of either at the scene.

The passenger car was later towed from the scene and, according to a witness, the Toyota sustained substantial damage as well.

The witness also said that emergency vehicles lined the street that had to be blocked off by officers for nearly an hour.

Briggs said the driver was subsequently cited for a traffic violation. 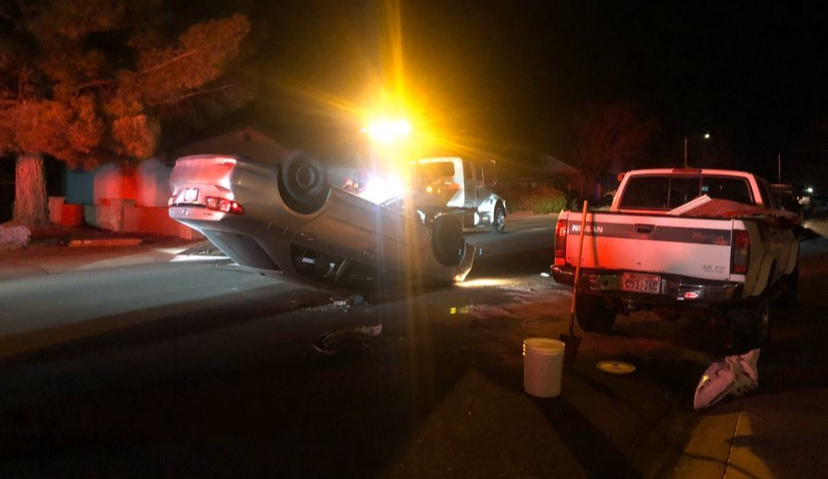 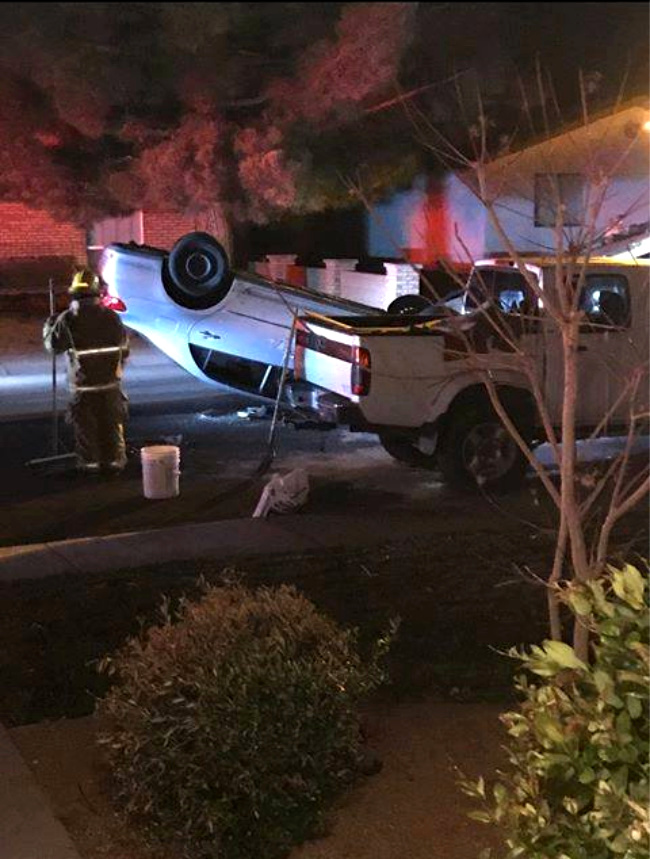 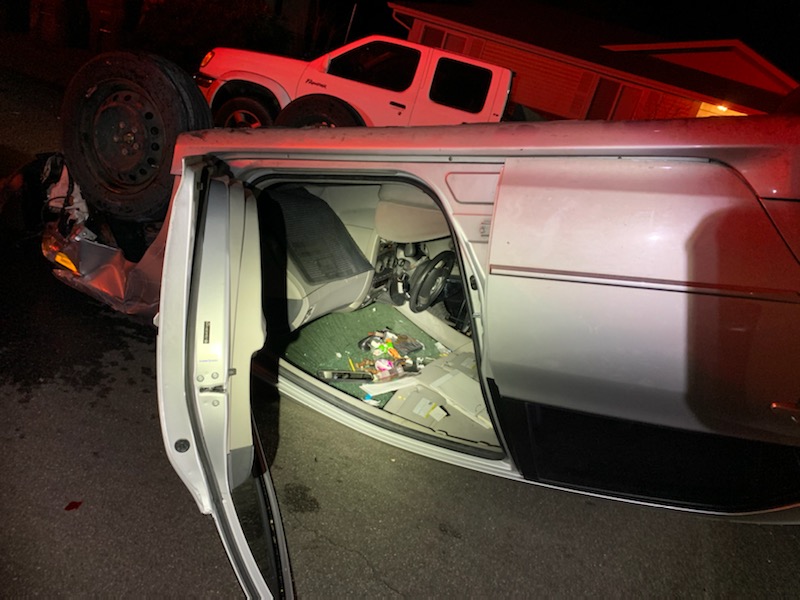 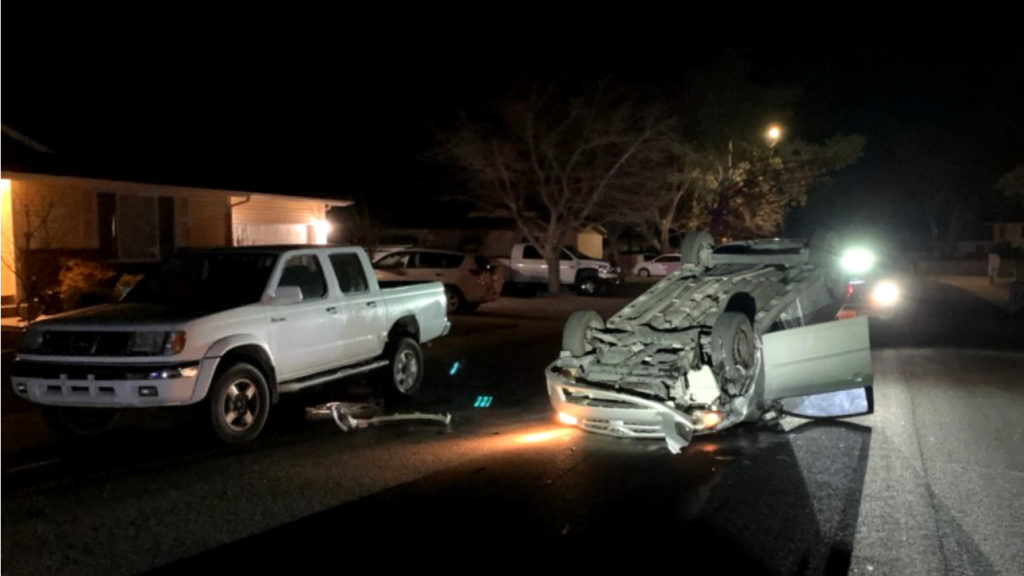