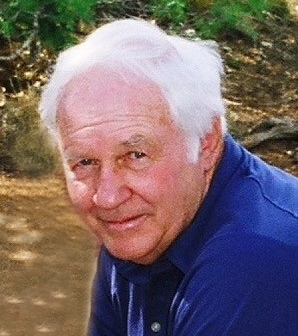 The world lost a classic “truck driving man” this week, as Bart James Graff, 87, passed away Jan. 29, 2020, surrounded by his loving family.

Bart was born in St. George, Utah, Aug. 5, 1932, to Clyde and Catherine Andrus Graff. Bart, one of five children, was a hard-working, strong and unassuming child, and he would continue in that tradition through most of his life. He was a simple yet complex man who was quiet one day and outspoken the next. And like any respectable trucker, he loved his family, his country, country music, hamburgers and sports.

It’s said that the men and women of Bart’s era are “The Greatest Generation,” who labor hard, sacrifice willingly and stoically accept life’s hardships while trying to make the world better for others, and Bart most certainly fit that mold. Bart did what he had to, sought no glory and accepted life’s challenges with a shrug, saying “too damn bad.”

Bart began driving trucks for his uncle Reed Graff even before graduating from Dixie High School, then labored for his beloved country in the Korean War, driving a truck for the Army in Okinawa and a Jeep for the Officer in Ft. Belvoir.

When Bart returned to the states, a strong and quiet, dark-haired and handsome young man, he caught the eye of Teddy Sue Seegmiller, the love of his life, and they were wed Feb. 11, 1956, in St George, Utah. Even though his family had moved to Las Vegas, he returned to the red dirt of Dixie; the place he called home.

Bart farmed in St. George for many years to provide for the family he and Teddy began but eventually went back to trucking, driving for Parke Cox, and Mac Reber eventually starting his own trucking company, Farmers Distributing.

He was adept in all aspects of the business and could slide under a truck to make repairs, man the phones to solicit loads or dispatch drivers, or hop in the cab and hit the road. He did whatever needed to be done, and his reputation for honesty and efficiency was well earned.

During those years, Bart mentored many young men, giving them employment and teaching them how to work, and work hard. Bart was a giving and generous man, though he never bragged or advertised his many acts of quiet kindness. He never held back on a chance to tease, though, and he kept people humble by reminding them when they were a “doof.”

As his children grew to adulthood and he drove truck less often, Bart got to focus on enjoying his family more, and nothing brightened his life more than his grandkids. Bart alternately teased them, played with them, taught them to work, and sometimes taught them salty phrases that they laugh over to this day.

During this time, Bart got to indulge his love of sports, and he and Teddy attended every home (and quite a few away) games of the Dixie College football and basketball programs. During a ball game, quiet Bart became outspoken and animated, generously shouting much opinion and advice to the players and coaches.

Not all of them always appreciated his wise counsel, but his ardent involvement surely made the game enjoyable for those sitting near him. He was once and ever a proud Dixie Rebel, and he never entirely forgave the college for abandoning that name.

His passion for Dixie sports paled in comparison to his passion for the Utah Jazz. He loved seeing games live and hated to ever miss a game on TV, regularly taping so he could watch it again. This devotion continued to the very end of his life.

As Bart neared retirement, he had the opportunity to begin traveling more with Teddy and their friends to places like Branson, Hawaii and Europe, but especially to see his grandkids and his Jazz games and taking Teddy to the dump.

Heart disease began to affect Bart in his 50s, and though he hated to slow down, he rarely complained. Bart made the best of his slower pace by spending more time with his grandkids, serving his beloved Church of Jesus Christ of Latter-day Saints as a temple worker, and spending more time with his wife even though it may mean separate rooms because their choices in TV shows were rarely compatible.

While Bart’s heart disease responded well to surgeries, stents and lifestyle choices, his kidneys declined in his final years, severely curtailing his activities. Bart was in a lot of discomfort much of the time, though he still faithfully watched the Jazz with Teddy and babysat his great-grandchildren when possible.

It was in these difficult and final years that Bart became most outspoken about his love of family, his testimony of his church, and his pride in his family. All of his life was spent being strong, working hard and serving, and it could not have been easy to become weaker and more dependent on others, but Bart handled his declining health with humor, gratitude and graciousness, knowing his stalwart backup was Teddy.

In his final moments, as the grandkids sang his favorite Willie Nelson song “Turn Out the Lights, The Party’s Over,” he seemed to sing along.

He is preceded in death by parents Clyde and Catherine Graff; brother Dale; sister Gai and brother in law Kay; granddaughter Krystal.

As temps continue to rise, keep your garden thriving with these tips