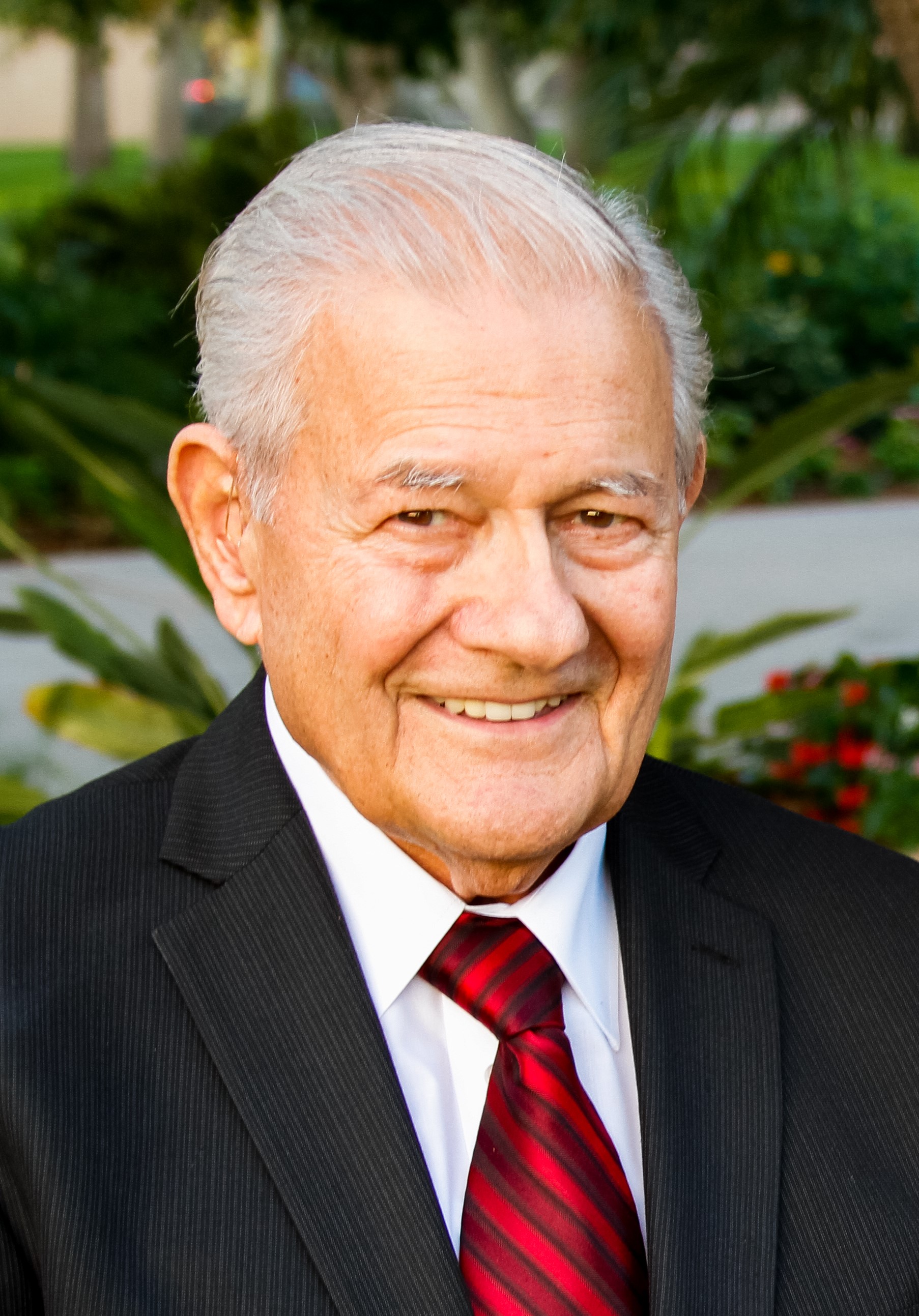 Larry was born to LaVour (Rudy) and Prilla Shill Bergen in Mesa, Arizona on May 27, 1933.  He passed away peacefully in Mesa, Arizona on Jan. 20, 2020. Larry attended school in Ogden, Utah graduating from Ogden High School. He received an associate’s degree from Weber State College in Ogden, Utah. Larry went on to earn his bachelor of science degree in mechanical engineering from the University of Utah. He served a mission for The Church of Jesus Christ of Latter-day Saints to the Netherlands from 1953 to 1956. He served in the United States Army from 1956 to 1958 where he was a trumpet player in the First Armored Division Band.

Larry met his sweetheart, Lynn Marshall, in Ogden and they married in the Logan Temple on June 5, 1959. Lynn and Larry had five children, 25 grandchildren and nine great-grandchildren. Professionally, Larry worked for Procter and Gamble Company as a Mechanical Engineer designing equipment, engineering packaging systems and building factories. Some of his building projects included Green Bay, Wisconsin, South San Francisco, California, Mehoopany, Pennsylvania, New York City and many international sites. He traveled extensively to many foreign countries for the company helping construct plants for various products. Larry then worked for Metric Constructors, Inc. in Charlotte, North Carolina becoming vice president before leaving to form his own construction contracting business in the Mesa, Arizona area. Larry and Lynn enjoyed traveling later in life as well.

As a faithful member of The Church of Jesus Christ of Latter-day Saints, he served in two stake presidencies and in many bishoprics including as a bishop. He and his wife served two senior missions, one as temple building missionaries in Caracas, Venezuela and the other as support missionaries in the Arizona Mesa Mission. He also served two years with his wife Lynn in the Mesa Arizona Temple.

Larry was kind, principled, patient and possessed quiet wisdom. He was a jack of all trades, could rebuild any car that crossed his path, had a keen mind, and an incredible memory for details. To his family, he was always someone to turn to for reliable information about any subject. More importantly, he had strong and unwavering faith in his savior, Jesus Christ, throughout his life.

Services will be held at The Church of Jesus Christ of Latter-day Saints meetinghouse at 3344 E. McDowell Road, Mesa, Arizona 85213 on Saturday, Jan. 25, 2020 at 11 a.m. with a viewing preceding at 9:30 a.m. A graveside service will be held the following week at the Washington City Cemetery on Saturday, Feb. 1, 2020, at noon in Washington City, Utah.