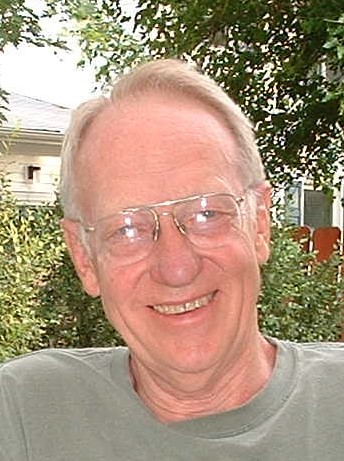 Richard K. Hedlund, 82, of St. George, Utah and a former resident of Mt. Prospect, Illinois, passed away on Jan. 17, 2020, due to complications from a stroke he suffered five weeks earlier.

Born and raised in Chicago, Illinois, Rich graduated from Amundsen High School and earned a degree in Mechanical Engineering from Northwestern University in 1960.

After achieving accreditation as a Professional Engineer and working for International Harvester and then Honeywell, Rich left his career in 1969 to pursue his passion to work for himself as a small business owner. For the next 27 years, Rich and his partners operated seven auto parts stores in the northwest suburbs of Chicago.

As a young man, Rich reached the level of Eagle Scout and obtained his pilot’s license. He had a curious mind and enjoyed many hobbies through the years including handball, sailing, canoeing, kayaking, skiing, backpacking, motorcycling, camping, traveling, photography and even ice boating, for which he built his own ice boat. He also loved to learn and talk about science, history, politics and many other subjects that interested him.

Rich’s favorite hobby throughout his life was working on any project that involved cars. As a 16-year-old and without his dad’s full knowledge of what he had in mind, Rich disassembled the engine of the family’s Chevy because he thought a new camshaft would give it more power. After he put it back together running better than ever, Rich was an enthusiastic “car guy” for life. He loved working on the many fast cars he owned through the years, and building or fixing anything that required creative solutions.

In 1996, Rich sought new adventures and moved to St. George, Utah to pursue another business opportunity and to enjoy the beautiful outdoors of southwest Utah. An avid hiker, Rich spent many happy days on canyon trails and in the backcountry wilderness with so many good friends.

In 2002, Rich met his dear and special friend, Alice Brown, who tirelessly and lovingly supported and comforted him through the last days of his life.

Rich is survived by sons Eric Hedlund of Highlands Ranch, Colorado and Todd (Jennie) Hedlund of Palatine, Illinois, and grandsons Jeffrey and Blake. He was previously married to Patricia Hedlund (nee Owczarski) for 33 years and was preceded in death by his parents, Harry and Ethel Hedlund (nee Magnuson).

A celebration of Rich’s life will take place in late March in St. George, Utah and a family memorial is being planned for the coming months in Chicago.

Friends and family are invited to sign Rich’s online guest book at www.spilsburymortuary.com.