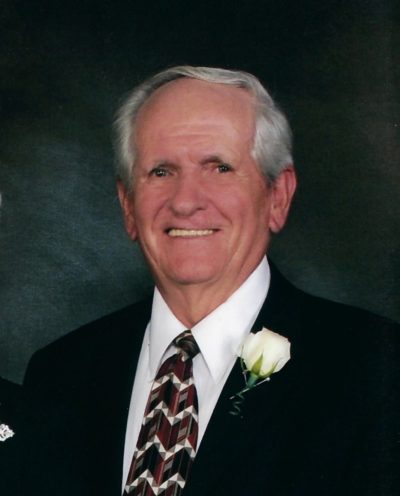 Our life with the wonderful husband, father, grandfather and great-grandfather unexpectedly came to an end with the passing of Paul Richard Phillips, 89. He passed away peacefully on Jan. 15, 2020.

Paul was born on July 15, 1930, in Twin Falls, Idaho, the son of John Albert Phillips and Lorinda Christina Swenson. He was the eighth of nine children: six sisters, two brothers. He was educated in his early years in Twin Falls while working on the family’s dry farm. His family then moved to Provo, Utah, in 1941 where he continued his education, graduating from Lincoln High School in Orem. During these intervening years, he worked for his brother in-law at the Nuttle Dairy Farm milking cows.

Paul served in the Utah National Guard during the Korean war. At 20 years of age, Paul met the love of his life, Joan Pierce from Provo, Utah. They dated for two years, marrying in the Salt Lake Temple on April 23, 1952. Paul and Joan had five children (three sons; two daughters) during their 68 years of marriage.

Due to scarcity of gainful employment, Paul and Joan moved to West Covina, California in 1961 where they raised their family for two decades. They were very active in their ward and family activities. They made life-long friends on their journey throughout their lifetime.

In 1976, they uprooted the family and moved to Mesa, Arizona where they started three family-owned businesses.

In 1997, Paul and Joan finally retired to St. George, Utah. They built two family homes in Bloomington. Paul kept himself very busy during retirement by helping those who stood in need such as friends, neighbors, and family.

Some of Paul’s carefree times and fun ambitions throughout his life contained hunting, camping, and deep gospel discussions. He engaged with his children’s and grandchildren’s sporting events only to support the opposing team, but it was always in a teasing manner.

When Paul’s time here on Earth was completed, he was ready to meet his Heavenly Father. He had a strong testimony in the gospel of Jesus Christ and loved to serve the Lord’s children. He was sealed to those he loved and is ready to meet them on the other side.

Paul is survived by his wife and five children; Judy (Utah), Richard (Arizona), Lisa (Tennesee), Chris (Utah), and Jason (Utah). He has one living brother, Mack Phillips (Idaho). He is a proud and loving Grandpa of 22 grandchildren and 21 great-grandchildren.