ST. GEORGE — The defending region champions traveled to Dixie on Tuesday to take on the Flyers. Dixie was the lone undefeated team in the region while Pine View was on a three-game losing streak. The Panthers came ready to play and the game did not disappoint. With the end of regulation, the game was still tied and it was headed to overtime. Pine View started on a 7-0 run in overtime but Dixie kept pushing, eventually getting the comeback win 45-43.

Plain and simple, Pine View needed a win badly. They came out with urgency from the tip but they just could not hold on in overtime. Turnovers down the stretch is ultimately what led to their demise.

“You saw how much we needed it by how we played tonight,” Pine View head coach Ryan Eves said. “I thought we did a lot of great things. We played Pine View basketball, we moved the ball, we played hard on defense, we just didn’t take care of it down the stretch. Up 7 with a minute thirty left and I don’t think we scored once, three straight turnovers. Just killed us.”

For the Dixie Flyers this win was big. After being down seven with over a minute to go, they were able to claw back into the game and snag the win. Most teams would have buckled under the pressure of a seven point deficit in overtime but the Flyer did not.

“Of course it’s stressful, you never want to be down seven with a minute twenty or whatever it was,” Dixie head coach Tyler Roberts said. “We called that timeout and then we got our defensive guys in and we work on that, obviously you don’t ever want to be in that situation but we work on those situations. Jace Larkin and CJ (Schultz) come in, give those huge defensive stops. What it is, is we’re deep. In the timeout you take a deep breath and you grind, you go back to work.”

It was a low scoring affair for both teams. Notoriously Dixie has been a team that packs it in with their zone defense, slowing down the pace of the game offensively. It’s a bit different for the Flyers this season as they like to get out and run in transition. Pine View is a team stacked with scorers, then add in that they’re all returning starters from last season’s region championship team and you might have thought this would be a game in the 60s or more.

This was the third game that Dixie or Pine View has scored below 50 points.

The big difference for Dixie was their size down low. Noah Lemke adds another dimension to the Flyers’ offense but the Panthers were able to silence him. They brought double teams and forced him to make tough passes out of the post. Jared Koller, who was matched up on Lemke for most of the game, was fantastic on the big man.

“I thought he did a great job on Lemke, I thought he took it to him, I mean he’s got him by seven inches,” Eves said. “He got him up in the air a couple times.”

Pine view opened on a 7-0 run to start the game, but Dixie weathered the storm. Pine View was up by four at the half but Dixie’s starters didn’t get it going early. Roberts went to his bench and found some energy in doing so.

“Honestly a guy that hasn’t even played that much this year, that’s how deep we are, Jeff Cox comes in,” Roberts said. “You’ve got a guy that doesn’t even play, Jeff Cox comes in. On film we saw some mismatch opportunities for him, so we went with him tonight. That’s how deep we are, he’s our 10th or 11th guy. That’s the key to being good and what that does too is give our guys some rest. Jeff Cox, obviously, coming off the bench was huge for us tonight.”

Cox came off the bench and had eight points on the night, including a three in front of the Flyer bench.

The Flyers cut it to a one-point game headed into the fourth and the tension began to build. Dixie ended up having the ball with just under 12 seconds left and the game was tied. they could not get a shot to fall and the game went to overtime.

After a minute and a half in overtime, Pine View had a seven point lead. It looked as if the game was over. After a couple of turnovers and a Jordan Matthews three, it was suddenly a one-point game in favor of Pine View.

After a missed free throw the Flyers had the ball back down one with about 17 seconds left. They got the ball to Isaac Finlinson, the region’s leading scorer, and he made the play of the game.

He caught the ball on the right wing, ripped baseline, spun back to the middle and got the and-1. After the made free throw, Dixie now had the lead 45-43.

“I just saw the fans screaming and cheering,” Finlinson said of the final play. “I’ve never felt like that in my life before, it’s one of the coolest experiences I’ve ever had.”

Pine View got the ball back with no timeouts. Eves explained what they were looking to do with roughly 10 seconds on the clock.

The shot was blocked by a Flyer defender but the Panthers still had one more try at it. They ran an inbound play where Ryan Hopper threw the ball to Taiven Shepard. He got it and made a move to the basket off two feet. Dixie senior Andy Rich was guarding him and took the contact for a charge call. It was no doubt a tough call to make in that situation.

Eves said after the game that he was hoping for a no call but the Pine View crowd, players and coaches were all upset over the call.

Andy Rich finished the game with 10 for Dixie while Isaac Finlinson had 14 points in the win.

Pine View took a hit in a big way when Jared Sudweeks fouled out before the end of regulation. He led all Pine View scorers with 15 points.

For the Flyers this win meant a lot more than a miraculous comeback. It showed what they are truly made of.

Shepard had a chance at the tie but they call it a charge. PV fans and team are not happy at all. pic.twitter.com/3tPzemYx9h

“We fight till the end,” Finlinson said. “We know we have the ability to come back in games like that with our defense, we just play really hard and keep running.”

Roberts talked about the grind of region play after the game and just how important it is to come into every game ready to play.

“Credit Pine View, they played out of their minds,” Roberts said. “They hit big shots, they slowed us down offensively, so I would credit Pine View tonight. Coach (Eves) had them prepared tonight.”

As for the Panthers, they have not played at home since December 17 against Crimson Cliffs. After the long road stretch, Pine View is ready to play at their own place again.

“We’re back at home finally,” Eves said. “Two at home, finish the first half 4-3. Losing to Dixie and Cedar, those are good teams, Snow Canyon’s a decent team too. Like you guys say, what team is not going to come in and compete. I just feel good about the fact that we’re playing Pine View basketball.”

Pine View is at home against Canyon View on Thursday while Dixie travels to Hurricane. 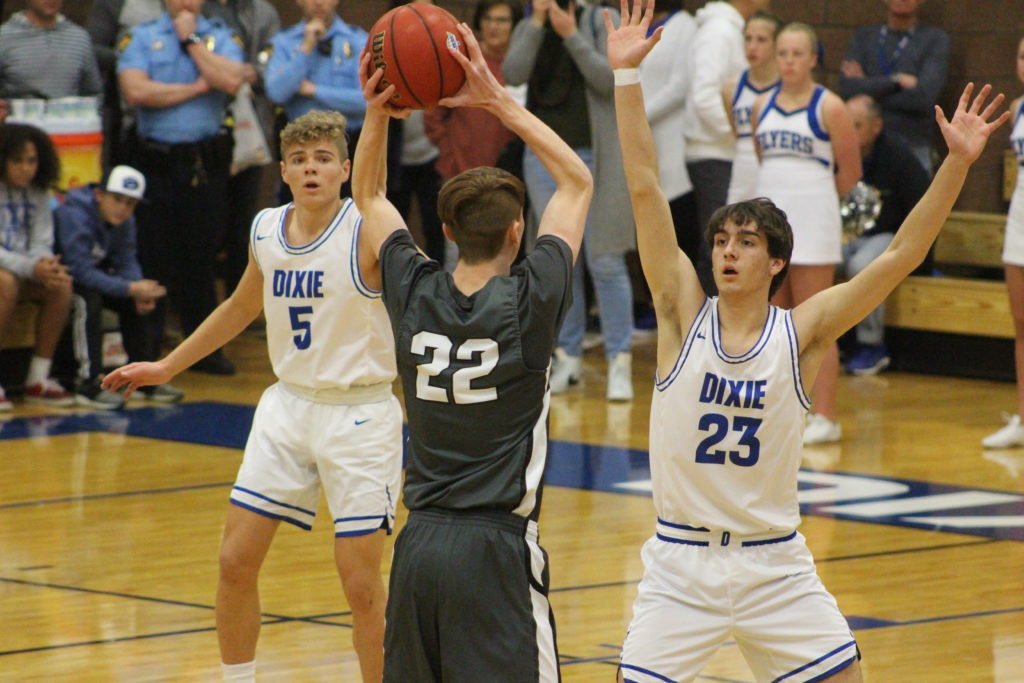 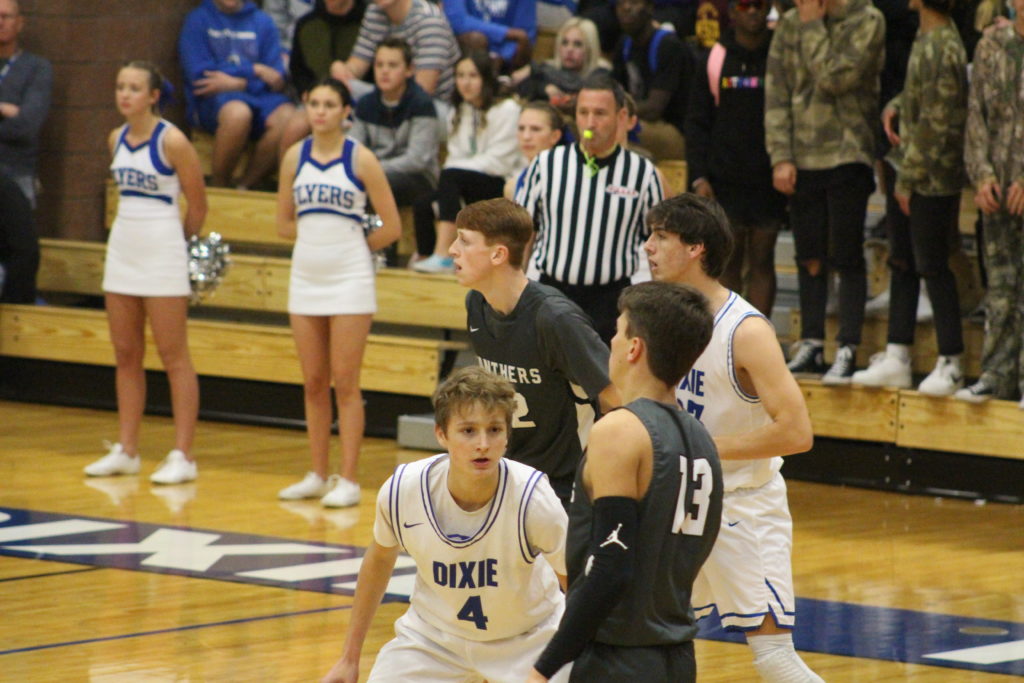 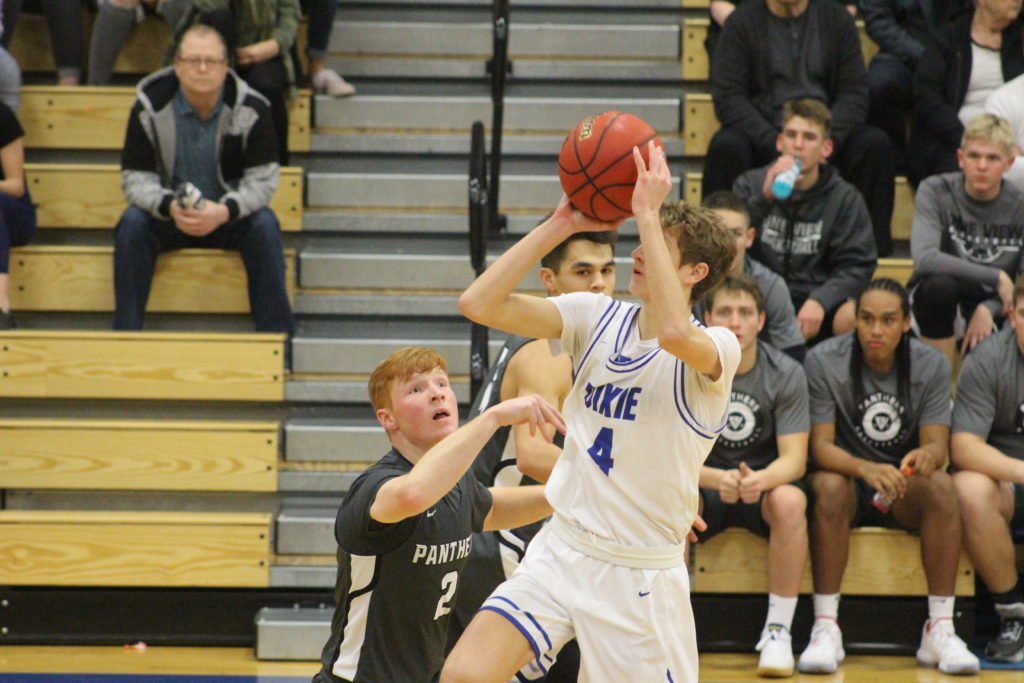 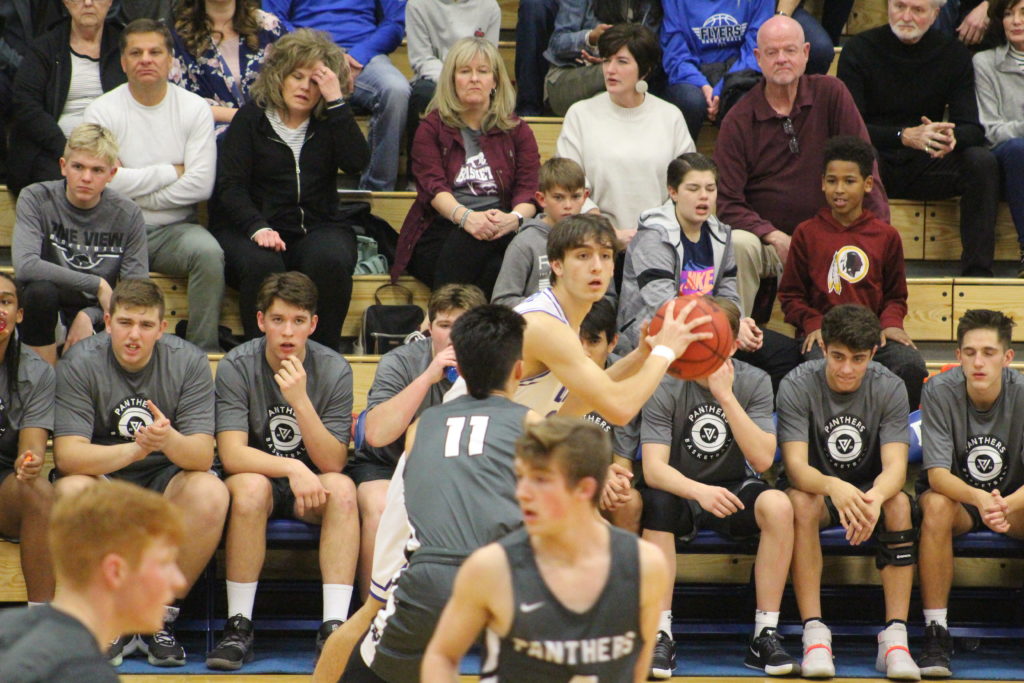 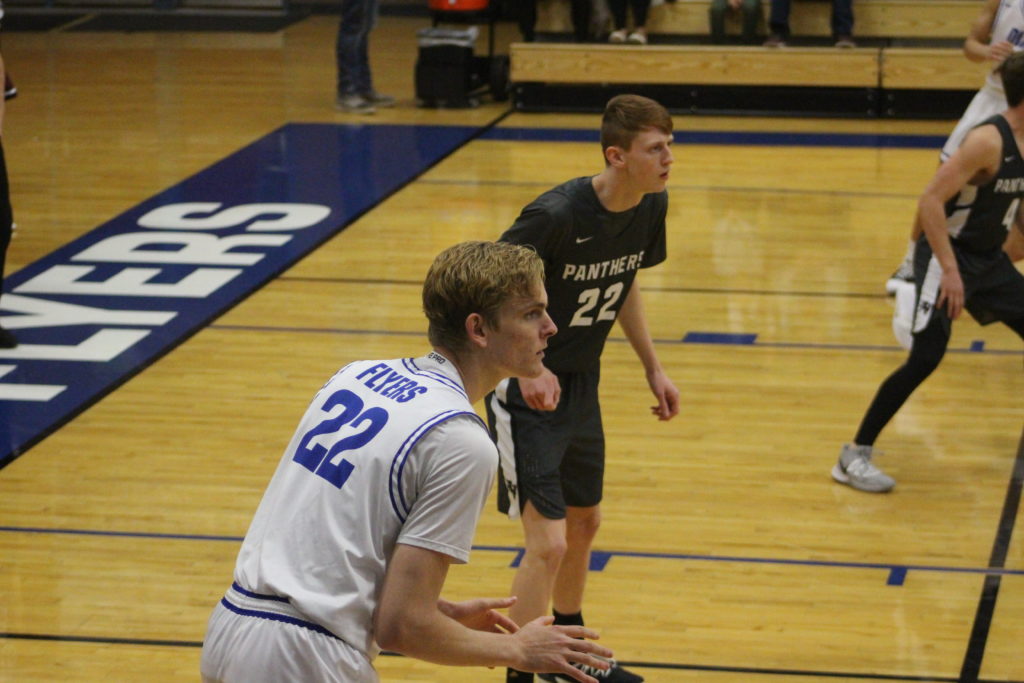 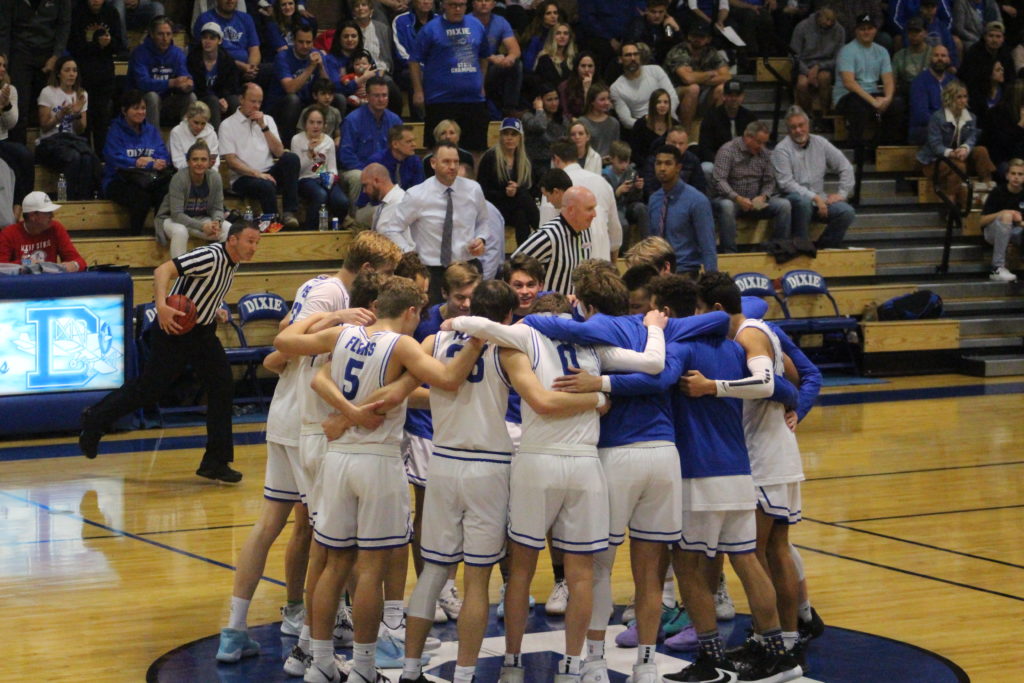