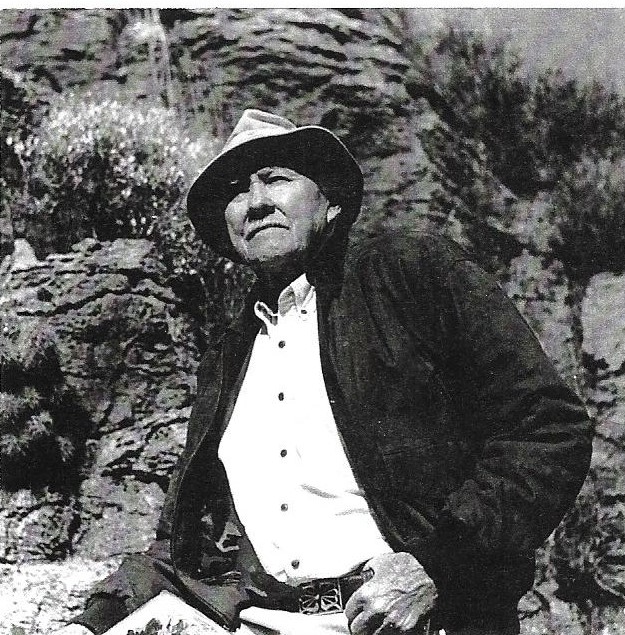 He was married to Irma Dolores Smith which lasted over 72 years.

Kehew received his artistic training at the Chouinard School of Art and the Art Center College of Design in Los Angeles, California. He was president of the San Diego Watercolor Society and has a California teaching credential for art, design and photography. Kehew is included in the Marquis Who’s Who in the World and Who’s Who in the West.

Kehew is an accomplished watercolorist as well as an oil painter but preferred to paint with acrylics, a medium he said provides the virtues of both oil and watercolor.

He wrote and illustrated two children’s books with his son Roger Kehew: “Brett the Collector” and “Tanker’s Quest.”

Kehew used his talents for activism whenever possible. Because of his research, and at times photography and written articles, he was able to save a marsh in Torrey Park in California from being filled in, an old bridge from being torn down and a historic road from being built over.

“To me, this was the highlight of my life. I did some good with my art,” he said.

His paintings were shown on the CBS show “The Promised Land,” and he designed and directed an hourlong program for the television station KEBS in San Diego for a series titled “Art Around Us.” Kehew worked as the art director for the Scripps Applied Oceanographic Group where he dove in search of submarines. During this time, he discovered a love of the ocean and compared his current home in the desert to a dry ocean.

Kehew enjoyed comedic art and wrote a comic strip called “Hamalot” that was published in newspapers nationwide. He also painted in comedy and has had his comedic work shown in galleries.

He won a competition to design the insignia for Northrop Grumman’s F-14 Tomcat flown by the U.S. Navy’s Fighter Squadron 1, the Red Wolf Squadron.

His recent awards in Utah were at the St. George Art Museum, the Springville Museum of Art, the annual Robert N. and Peggy Sears Dixie Invitational Art Show and Sale, and the Southern Utah Art Guild. His work is also published in “A Century of Sanctuary, the Art of Zion National Park.” His work is collected nationally and abroad.

Of the many ribbons and awards for his art, Kehew said People’s Choice meant the most to him, which he already won twice in one year.

“When you get people’s choice, that means your work’s accepted,” he said. “That to me is worth more than all the first prizes.”

George is survived by his wife, Dolores, and son, Roger Kehew.