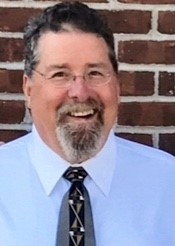 Paul grew up in Delta, Utah and enjoyed all the fun a boy in the country could have. He loved riding motorcycles, hunting and his ‘57 Chevy. Paul attended schools in Delta until his senior year when he moved to Richfield with his mother while she attended hair school. He graduated from Richfield High. He attended Trade Tech in Richfield and Provo. When he finished school, he went on to become the youngest master electrician in the state of Utah. Paul was a leader and decided he wanted to be his own boss. He started his company, Allen Electric, and was known for his integrity, attention to detail and quality work. Paul had fun taking his kids on his out of town jobs, spending time with them and teaching them the value of hard work. He also taught them to play hard and made sure he had the toys to do it.

Paul and Suzy began their life together in Mesa, Arizona, returned to Utah and eventually made their home in St. George where they raised their family. He retired there and they followed his dream of seeing America; together they spent the last seven years with an address of any highway or town in the USA. He was so grateful for the opportunity they had to travel to all the lower 48 states, explore our country, meet new people, make new friends, learn local customs and hear the fun accents. He especially loved the South, the people and enjoyed telling them we were from Utah’s Dixie. Southern Hospitality is real, the love and assistance we received from friends and strangers this week in Alabama helped us survive his sudden passing.

Paul was so proud of his children and they were his priority. He worked hard to take his family on camping/hunting/fishing trips, boating on Lake Powell and to their cabin at Brian Head. He loved riding Harleys with family and friends, ATV’s and snowmobiling. Paul had a huge and tender heart, he loved to be of help to those in need and found his joy in service. Paul was a jokester, told the best stories and loved to make people laugh.

Paul and Suzanne served a mission for The Church of Jesus Christ of Latter-day Saints at Heber Valley Camp, he was a longtime scoutmaster, was a favorite with the youth and worked in the Young Men program. He and Suzy served together in the baptistry in the St. George Temple, which sparked an interest in his own genealogy. They had planned to serve another mission after returning home, and were not ready to let him go, but Heavenly Father had another plan.

Due to the unique nature of Suzy living in a motorhome, her kids request should friends desire, contributions be sent to the Paul Allen Memorial Fund through venmo to @suzanne-allen-11.