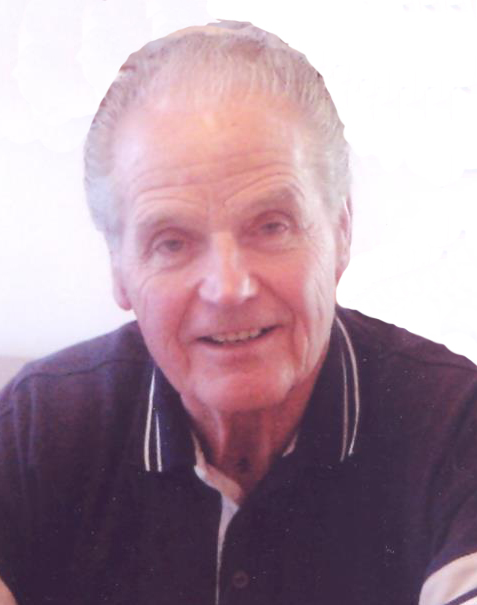 Kenneth Henry Bird passed away peacefully on Sunday, Dec. 8, 2019. He was born March 8, 1927, to Willard Lester and Gladys Marie Ogier Bird. Ken was raised in Burbank, California. Upon graduation from high school in 1944, he joined the Navy and was trained as an Aviation Machinist on the Curtis Dive Bombers.

After serving in the Navy, Ken returned home in 1946 and renewed his romantic interest with Shirley L. Hoglund, whom he met when they both worked at a local market during high school. They were married in Shirley’s parents’ home on March 8, 1947.

Ken and Shirley are the parents of three children, Steve, Karen and Jim. Ken joined The Church of Jesus Christ of Latter-day Saints in October 1949, and in 1952 they were sealed as an eternal family in the St. George Temple.

Ken spent most of his career in the automobile business in southern California, working as a mechanic and eventually owning his own dealership. All the family grew up working at the dealership in various capacities.

Ken has held many positions in the church including bishop and stake president. His desire to serve a full-time mission was realized in 1982 when he and his eternal companion were called to the Nova Scotia Canada Mission.

Upon their return, they settled in St. George and were called to serve as temple workers in the St. George Temple where they served for 11 years. Ken began his second career teaching himself the art of furniture making. Each of his grandchildren has a custom, made by grandpa, piece of furniture in their home.

Ken cherished his church membership and the friends and associates he made in the Lord’s service.

We appreciate the tender care provided to our dad during his final days by the staff at The Meadows and Intermountain Hospice.

Funeral services will be held Saturday, Dec. 14, 2019 at 11 a.m. at Metcalf Mortuary Chapel, 288 W. St. George Blvd., St. George, Utah, where a visitation will be held from 9:30-10:30 a.m. prior to services. Interment will be in Tonaquint Cemetery. Arrangements entrusted to the care of Metcalf Mortuary, (435) 673-4221. Please visit our website at www.metcalfmortuary.com for condolences, complete obituary and funeral listings.