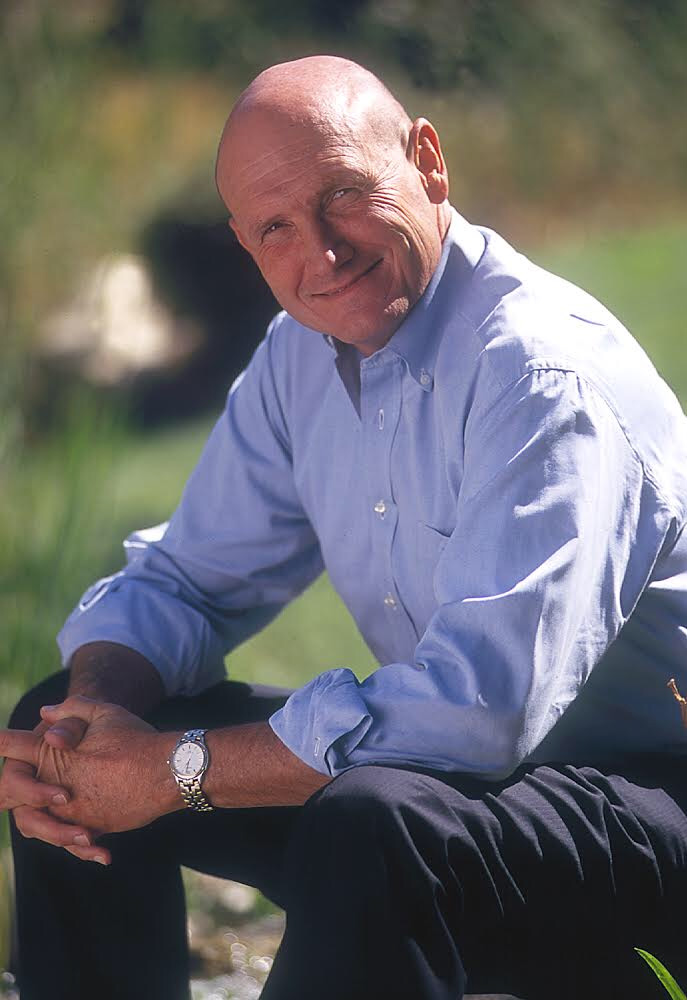 Hyrum Wayne Smith, age 76, of Gunlock, Utah, died surrounded by his family in his home at Eagle Mountain Ranch, on Nov. 18, 2019.  He was born Oct.16, 1943, to Joseph Fielding and Ruth Pingree Smith in Salt Lake City, Utah. He was raised in Honolulu, Hawaii as a consequence of his family moving there when he was three years old, where his father was the head of the speech department at the University of Hawaii.

He graduated from University High School in 1961. He attended Brigham Young University for a year followed by a semester at New York Queens College before serving two years in the British Mission, London England for The Church of Jesus Christ of Latter-day Saints. While there, he met his wife to be, Avenna Gail Cooper on Nov. 19, 1964. A day he has always remembered.

Following his time in England as a missionary, he was drafted into the United States Army. He participated in the standard Basic Training followed by Advanced Infantry Training (AIT), NCO Academy (Non-Commissioned Officer Academy) and Officer Candidate School (OCS) finishing as the Honor Graduate and top in his class in all four trainings.

A few days after graduating from OCS at Fort Sill, Oklahoma as a Second Lieutenant, he married his sweetheart, Gail Cooper on Dec. 21, 1966 in the St. George Utah Temple. They were ultimately blessed with six children and 24 grandchildren.

After his marriage to Gail, the newlyweds returned to Fort Sill and Hyrum attended the Pershing Missile Officers Course. He was then assigned to a nuclear capable Pershing Missile unit in Schwaebisch Gmeund, Germany where he was initially Firing Platoon leader, followed by being the Headquarters and Headquarters Battery Commander. He retired from the military to attend BYU where he graduated in 1971 in Business Management.

Since then he has lived with his family in Honolulu, Hawaii; Portland, Oregon; Ventura, California; Simi Valley, California; Centerville, Utah; St. George, Utah, with the last 20 years being spent at his beloved Eagle Mountain Ranch in Gunlock, Utah.

Before his passing, Hyrum specifically stipulated that he did not want a long obituary. That is a difficult task to obey. So, to be as brief as possible, the below list describes some of the events or aspects of his life that he looked back on with great fondness and pride:

Over the years, Hyrum has received numerous honors and community service awards, including:

His military awards include:

Hyrum is the author of several nationally acclaimed books including “What Matters Most,” “The 10 Natural Laws of Successful Time and Life Management,” “The 3 Gaps,” and “You Are What you Believe.” His most recent book is “Purposeful Retirement.”

Hyrum never really retired; he just changed the focus on where he was spending his time. After retiring from FranklinCovey, he co-founded several other entrepreneurial ventures, his most recent being a company called Ampelis, which continues Hyrum’s interest in helping individuals and corporations gain control of their lives.

Hyrum was passionate in his effort to make a positive difference in the world. For decades he strove to empower people to effectively govern their personal and professional lives. His books, seminars and presentations have been acclaimed by both American and international audiences. He was a master communicator, combining wit and good storytelling to teach principles that incite lasting personal change.

Hyrum traveled with his wife Gail all over the world for both business and pleasure. He loved riding his horses and spending time at his ranch, watching a good movie, visiting with friends, following current events, operating his blower to drive leaves and debris out of his garage and off his walks, eating good food (never without a napkin), and Sunday taco afternoons with children and grandchildren. He loved to attend the sports, music and dance events of his grandchildren whenever possible. He also loved the American flag and proudly displayed it everywhere it could possibly be displayed.

He hated when something didn’t work, such as computers, phones, media machines, vacuums or appliances. He couldn’t function well until it was fixed. He also hated messes of any kind and always had on hand a generous supply of 409 spray bottles for any cleaning need that might come up.

When he was diagnosed with stage 4 pancreatic cancer, he was asked what was on his bucket list that he would like to do in the time he had left. He said, “I just want to stay here” – meaning Eagle Mountain Ranch.

The Smith Family would like to especially thank the many friends that came to visit, called on the phone, sent emails and cards and brought food in the last few months of Hyrum’s life. It meant the world to him. The family would also like to thank the nurses from Dixie Hospice for the excellent service they provided.

Funeral services will be held Tuesday, Dec. 3, 2019, at noon at the Ivins Stake Center, 260 E. 1060 South, Ivins, Utah. There will be overflow facilities available in the adjacent ward house. A visitation will be held Monday, Dec. 2, 2019, from 6-8 p.m. at Tuacahn Center for the Arts Ballroom, 1100 N. Tuacahn Drive, Ivins, Utah. A private Interment will be in the Gunlock Cemetery. In lieu of flowers, please donate to the Hyrum & Gail Smith Tuacahn Legacy Endowment.

Arrangements entrusted to the care of Metcalf Mortuary, 435-673-4221. Please visit our website at metcalfmortuary.com for condolences, complete obituary and funeral listings.