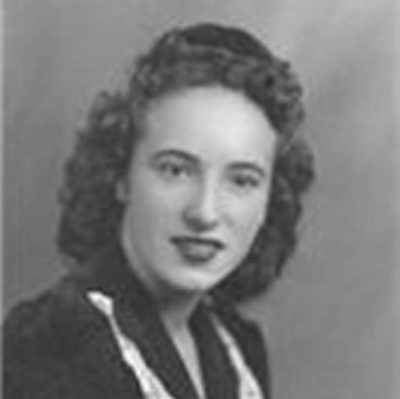 Gene Christensen Thurston crossed the veil peacefully in her sleep on Nov. 14, 2019, in St. George, Utah, attended by her daughter. Gene was born in Emmett, Idaho, Aug. 3, 1925, to Irven Christensen and Lucy Irene Davis.

Gene was raised in many towns in southeast Idaho, including on a farm on the Fort Hall Indian Reservation. She graduated from Blackfoot High School in 1944. She attended BYU for one year and “graduated” with her “MRS” degree when she met and married Bruce Thurston July 12, 1946, in the Logan LDS temple. They bought a small home in Lewiston, Utah, where they lived for four years while Bruce attended Utah State Agricultural College (now Utah State University) and Gene worked as a telephone operator. Bruce graduated with a Civil Engineer Degree. The next four years he worked for the Bureau of Public Roads as a Highway Engineer. They traveled from job to job every four to six weeks, pulling a house trailer all over the United States. They sold the trailer in 1954 and bought a house in Boise, Idaho. In 1959 Bruce transferred to the U.S. Bureau of Reclamation and moved to Spanish Fork, Utah, then to Provo, Utah and ultimately to St. George, Utah where they drew up plans for their home.

Gene was an active member of The Church of Jesus Christ of Latter-day Saints, serving in many callings over the years, including President twice, many times counselor, chorister and teacher in the Relief Society. She served in the YWMIA on both ward and stake levels, including dance directors. She was a Visiting Teacher for over 65 years. She worked in the St. George Temple and spent many hours on genealogy work. Gene and Bruce served a full-time mission in the Connecticut Hartford mission in 1981-82.

Gene enjoyed spending time with family and friends. She loved to serve others and did so all her life, including housing three Indian students and many friends and relatives while they attended school (her door was always open). She played women’s church softball. She enjoyed roller skating, dancing, camping, quilting, rug making, making carpenter jobs for Bruce and helping build houses. She loved singing and sang soprano in many choirs. She and Bruce sang duets in meetings, funerals and weddings. They sang for hours with each other whenever they traveled. She loved to cook and sew and bake and rearrange furniture. She enjoyed going with Bruce while he fished, and she would collect walking sticks and rocks. Her most favorite thing was to visit with anyone and everyone. She loved to pull weeds and work outside.

Arrangements are made under the direction of Spilsbury Mortuary, (435) 673-2454. Friends and family are invited to Gene’s online guestbook at spilsburymortuary.com.