ST. GEORGE — The Shivwits Convenience Store on Old Highway 91 in Ivins was temporarily closed Friday after a burglary.

Washington County Sheriff’s Office Sgt. Nate Abbott told St. George News a lone male suspect broke the drive-thru window to gain access to the Shivwits Convenience Store at around 3 a.m. Friday morning. The suspect took a small amount of cash from the registers as well as a few goods from around the store located at 5861 W Old Highway 91.

All of the damage, which Abbott said was extensive, was to the inside of the store including to the cash registers and broken glass on the floor.

The act was caught on one of the store’s surveillance cameras, which showed a slender male suspect dressed in a dark-hooded sweatshirt with the hood obscuring his head. Abbott said officials were able to make out potential facial hair on the suspect, but additional details are unavailable.

The store released a statement to customers before 8 a.m. Friday morning, telling followers that the store would be temporarily closed as officials investigated and cleaned up the scene. Store clerks opened the building later that morning.

Abbott said the suspect is facing charges of burglary, theft and criminal mischief for the related damages. Officials are asking anyone with information that could lead to the arrest of the suspect to contact the Washington County Sheriff’s Office. 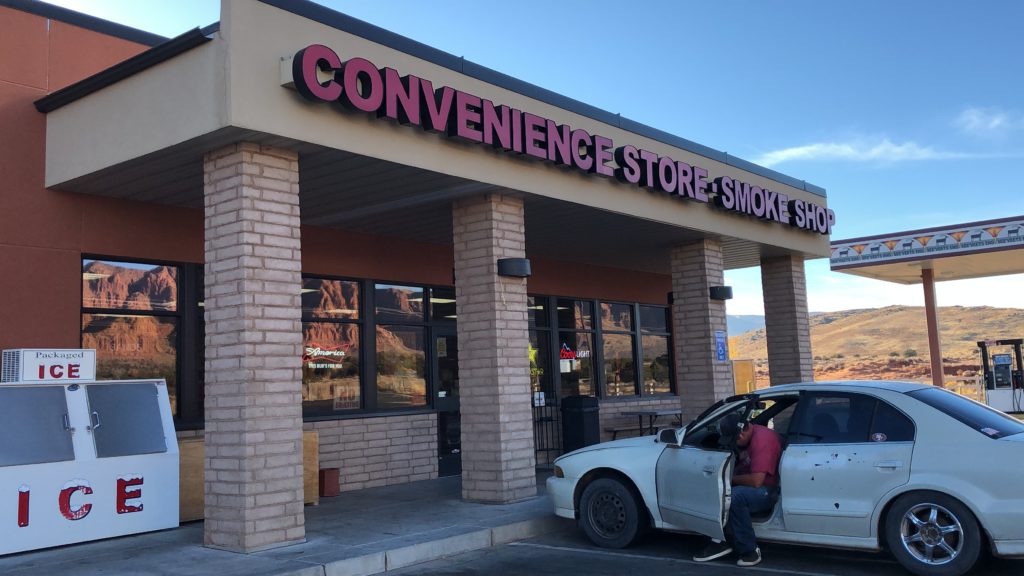 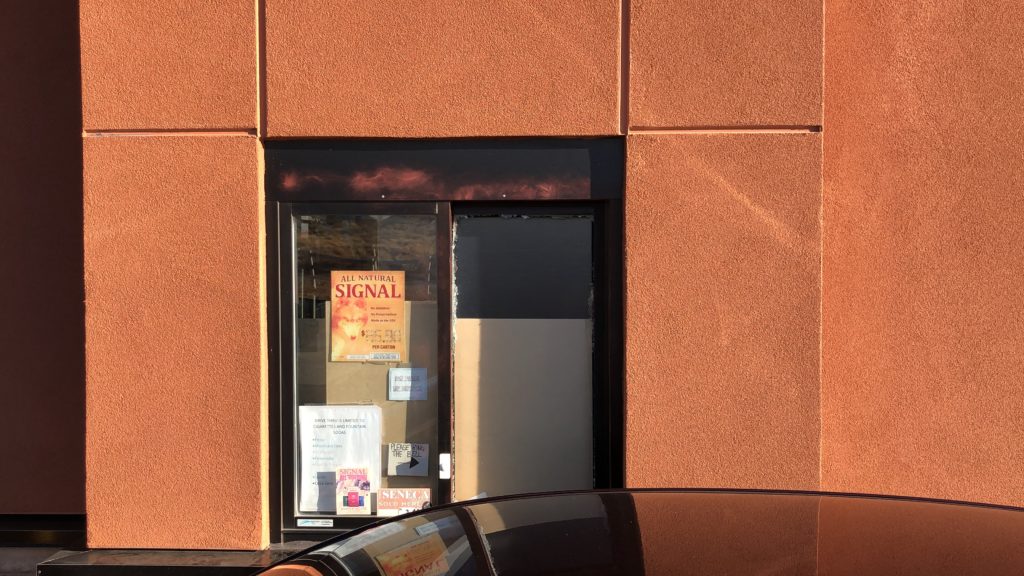 Shivwits Convenience Store drive-thru window that was broken by the suspect in order to access the store during a burglary, Ivins, Utah, Nov. 17, 2019 | Photo by Ryann Richardson, St. George News 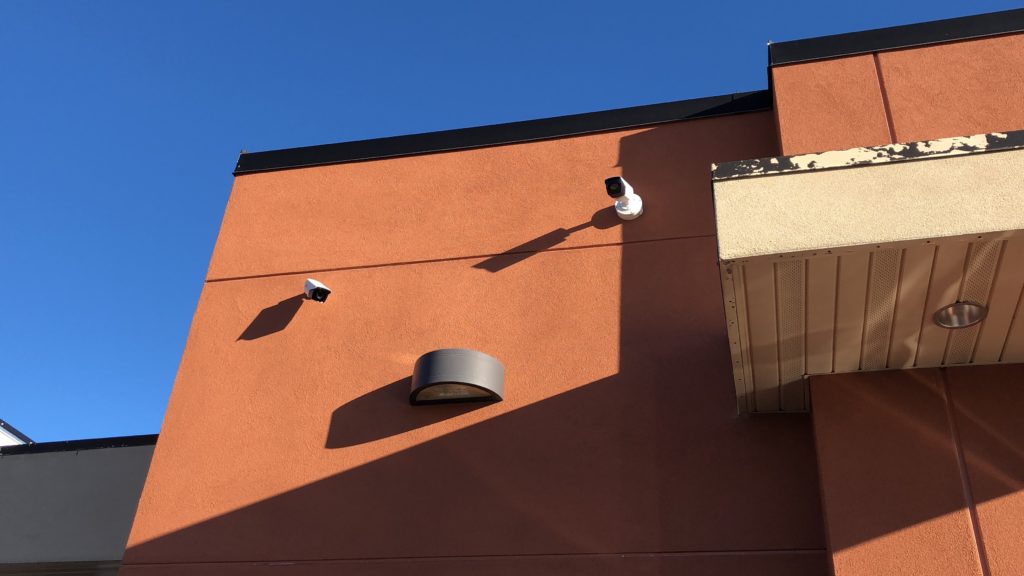