ST. GEORGE — Dixie State University has already finished phases one and two of its renovations to Trailblazer Stadium, with some additional renovation in the works. The first two phases of the project included a new track, turf field and a brand new visiting team grandstands, which included locker rooms, concessions stands, restrooms and visiting locker rooms.

One of the main reasons for the expanded grandstands was to host high school and collegiate championship games. This weekend, Dixie State will host the 2A and 3A championship football games.

“We didn’t need 10,000 seats for our football Division II program right now — the extra capacity is great — we can do more and get more people to come,” Dixie State athletic director Jason Boothe said. “It’s very convenient now that we’re going Division I, we’ve got the stadium and we can grow into it.”

Phase three of the project will include renovations to the home grandstands with new men’s and women’s home team locker rooms, a state of the art training room, a new box office and new public restrooms.

This expansion will be a big part of the Trailblazers’ move to Division I. New facilities give their athletes new and improved facilities, but it also helps in the recruiting battles that Dixie State will be involved in. Facilities can play a big role in getting high level athletes to come to St. George.

“If all else if the same, but they have better facilities, we’re probably going to lose those battles,” Boothe said. “We’re not going to be keeping up with Utah and BYU and Utah State, but just keep up with the teams we are competing with on the field at the FCS level. Then everything else that Dixie state offers, location and affordability, will only help us.”

The fourth and final phase of the renovations is a planned stadium high-rise. The high-rise will include an entry plaza, corporate level seating and a press box. Stairwells and elevators will be located on each side to get up to the suites, where there will be club type seating with approximately eight to 10 suites and the press box. There will also be a banquet room with space for about 200 people.

“It’s great to be in a place that’s thriving and growing and there’s excitement,” Boothe said. “The DI thing is just kind of the next thing. I think that will just give us a little bit more acceleration towards getting these things done.”

Boothe sees St. George as a hotbed for recruiting and athletics. With the natural beauty of Southern Utah, brand new facilities, an expanding campus and a growing community, he said Dixie State should be able to recruit high level athletes to compete at the Division I level. 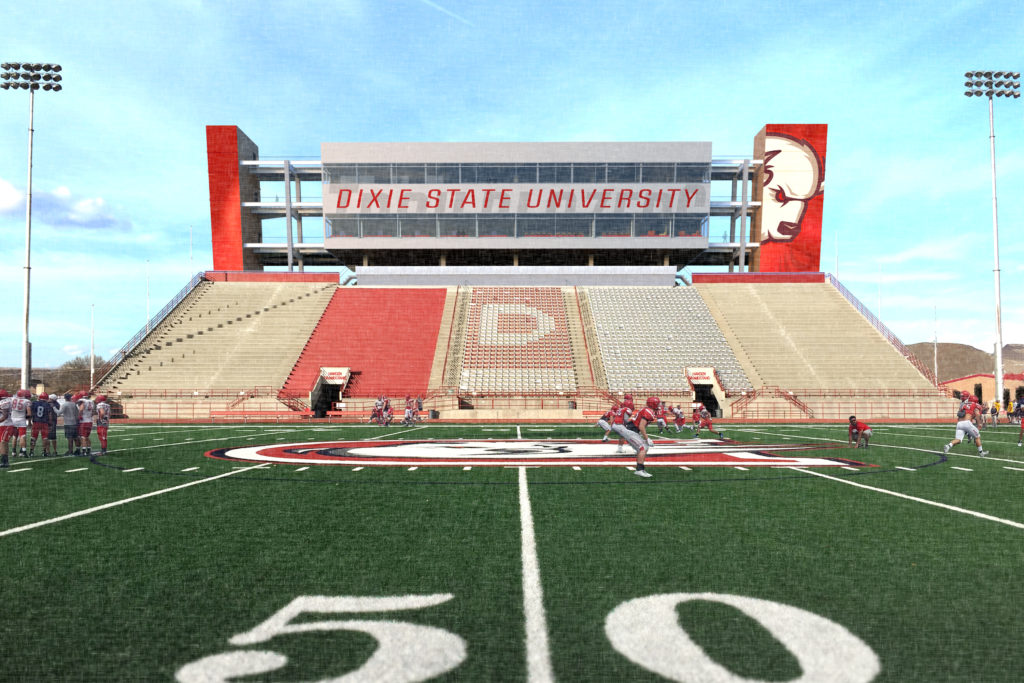 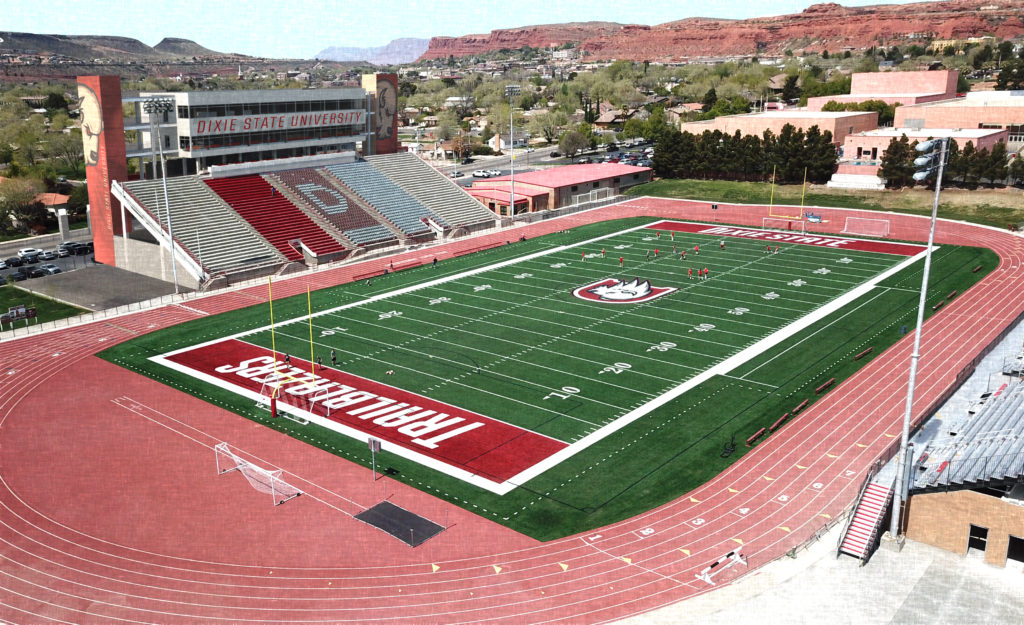 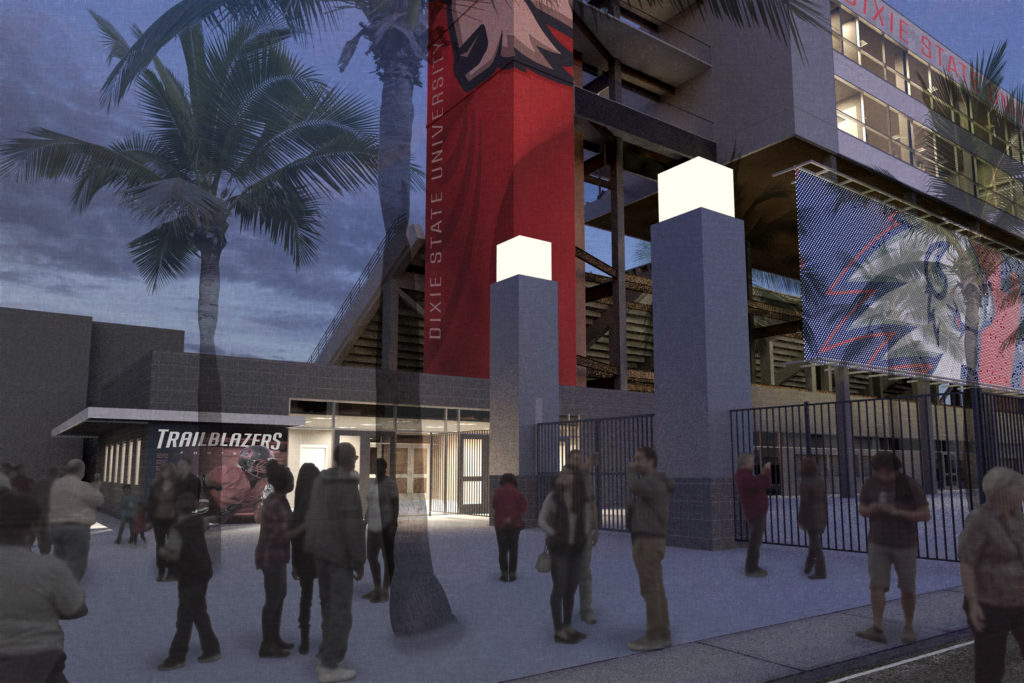 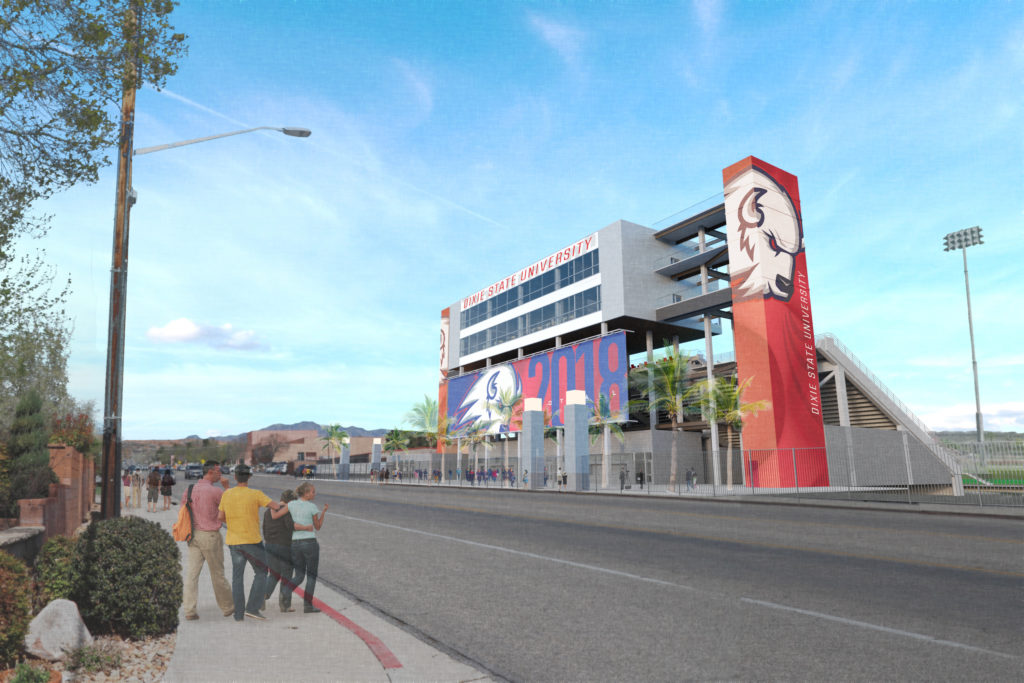 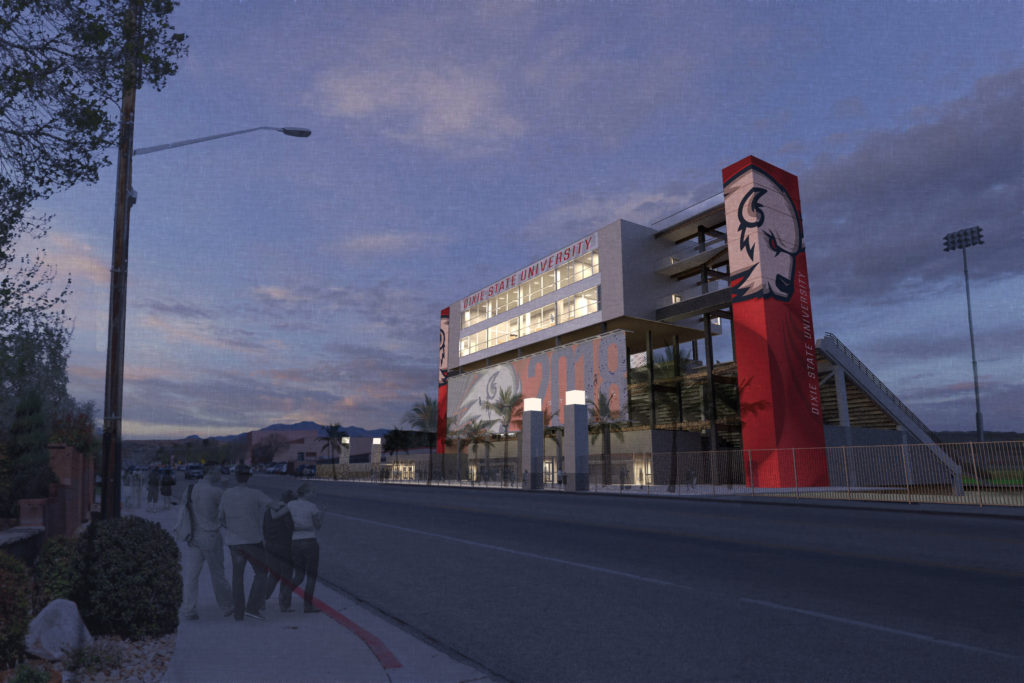 'They are coming and they are staying': Dixie State University reveals new strategic plan