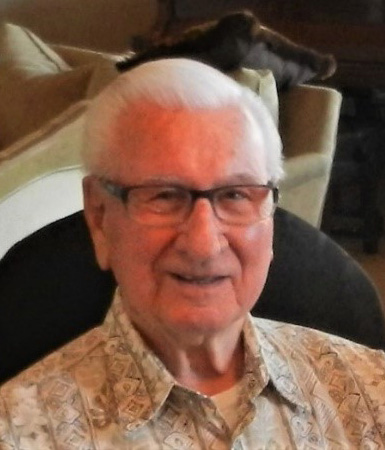 Robert “Bob” Leroy McHenry passed away Nov. 12, 2019, two months after celebrating his 90th birthday. He will be missed by his close family and friends. Bob suffered from Alzheimer’s, a debilitating disease that prevented him from living his final years in full focus. He was only on hospice for four days and had been able to live in assisted living with the help of the Retreat at Sunbrook staff for the last two years. He continued to live in his home in Washington Utah after the death of his wife Mary in 2013 for four years when finally agreeing to give up driving to live at The Retreat.

Bob was born in Gunnison Colorado, a heritage of which he was very proud. His family moved to Salt Lake City in 1940 where he graduated from West High School and Westminster College. The youngest of three brothers Bob bought a house for his Mom and Dad in Salt Lake and cared for them until their death. He buried his youngest sister four years ago and became the last survivor of the McHenry clan.

Bob married Mary Rossetto on May 5, 1955 (5/5/55). They were married 58 years until Mary’s death in 2013. Together they prospered in the oil and gas business at Mountain Fuel Supply and W. R. Grace. Retiring in 1988, Bob and Mary started a wholesale children’s clothing business and had showrooms in Denver and Salt Lake where they met new and long-lasting friends. In 2005, they moved to St. George Utah where they connected with Mary’s niece and nephew along with Mary’s sister Ida.

Bob and Mary were the epitome of volunteers working for the Golden Colorado Police Department and the community’s Fossil Ridge Golf Course. In Washington City they again volunteered at the Washington City Police Department. They were regular volunteers for the Huntsman Games and the IHC Jubilee of Trees. They prepared food and served at the local soup kitchen and were active in the St. George “Newcomers” Club.

Bob could fix anything! He loved his tools and he loved someone asking him for help with just about any kind of repair. He built stairways, home additions, patio covers, life size Santa Clause sleds, you name it, and when it was finished, it was perfect! When something needed repairing, we just said; “Call Uncle Bob”.

Bob will be buried at Salt Lake’s Mt. Calvary Cemetery next to the love of his life Mary, Mary’s sister Ida and her husband Bob. He lived a wonderfully long life, served in the US Navy during World War II and traveled to many places with Mary. We want to thank IHC Hospice and The Retreat at Sunbrook for their care and friendship while Bob was living there. Donations on his behalf may be made to the Dixie regional Medical Center “IHC Foundation” for the IHC Cancer Center.