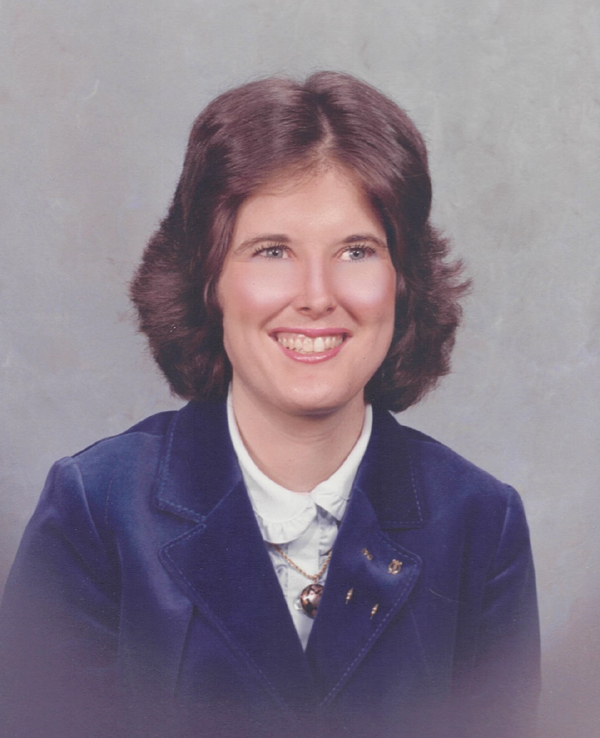 Gayle Cameron Hightower, 69, passed away Thursday, Nov. 7, 2019.  She was born Sept. 24, 1950 in Kansas City, Missouri to David Christopher Hightower and Jean Caldwell Vance. Gayle was an only child and never had the opportunity to marry but lived a fulfilling life.

Gayle grew up in Southern California in a small city of La Canada Flintridge with a population a little over 20,000 residents and about 16 miles away from Downtown Los Angeles. There, Gayle spent the majority of her childhood life attending Oak Grove Elementary, preschool through fifth grade, and later graduating from La Canada High as the Class of 1969.

Gayle’s first job was working as a reservation clerk for United Airlines in the LAX Airport from 1969-1970.  In the fall of 1970, Gayle decided to take off overseas to a small town in Durham, England attending a Catholic college called St. Mary College Durham University with the new start of her studies in Anthropology. Gayle became homesick after a year and returned home to continue her studies at CSULA where she was elected Phi Beta Kappa Deans list. Gayle then proceeded to expand her horizon and move out her parents’ home again and transferred to Lawrence University in Appleton, Wisconsin where she completed her studies in Anthropology in 1973 with a bachelors, Magna Cum Laude with highest honors in her class of 1973 as a scholarship chairman for Alpha Chi Omega Sorority. Gayle also received acknowledgment of being one of the 10 most intellectual individuals in the world.

Gayle returned to her parents in La Canada, California and unfortunately had to deal with some health issues that have come about as well as being there for her parents. Gayle did volunteer work at the Ingleside Mental Health Center in Rosemead, California while working as a Senior Clerk for the Bank of America from 1977-1991. Gayle eventually stopped working for her health issues worsened and so she cared and assisted her mother with her father up until his passing in 1988. Gayle and her mother eventually moved out of California, and pointing to a random location on a map, she chose St. George, Utah where she did research and decided that this was their next move. And so, she has been here ever since their move in 1998.

Gayle loved animals! She enjoyed bird watching, watching the news, weather channel and Jeopardy. Gayle had a passion for music and loved to sing anywhere. Christmas time was her most favorite holiday because she was able to sing of praises of Christ and just was so jolly and loved giving.

Gayle loved our father in heaven and was not ashamed to praise him anywhere and everywhere. She memorized the Bible and could recite any and every parable or scripture and know what chapter and what verse it came from. Gayle was one of those individuals who sat and read the small fine prints, read the nutritional facts and researched all the ingredients (lol). Gayle made 3-5 copies of every document received or being sent in case one got lost she had a back-up.

Gayle laughed at everything, loved to joke around and had such a remarkable sense of humor. She was quick to get in a debate with you should she have a different opinion. She stood up for what was right and always tried to have the last word (very determined gal). If Gayle wanted something, she got it and there was no turning back when she made up her mind. Gayle was very competitive in Tri-ominoes and Bingo, she was one tough cookie and wasn’t afraid to stand up for herself, yet she had a heart of gold. She loved to express her love and loved hard, was very giving and compassionate and lived frugally.

Gayle was considerate of others she was a great friend, sister/cousin, niece, daughter and granddaughter and sure left a void in our lives due to the blessings of her presence in our lives we will miss her dearly. Gayle, we are happy that you have reunited with your dear parents, family and friends. It was a privilege, pleasure and honor to have had the opportunity to care for you in your last years. Gayle is survived by her two cousins whom she called her brothers Rick and David Hightower of Cordova, Tennessee.

Funeral services will be Friday, Nov. 15 at the Spilsbury Mortuary located at 110 S. Bluff Street, St. George, Utah. Family and friends who knew her are welcome to join us in the celebration of our dear Gayle. Viewing Service is from 10:30 a.m. to 12:30 p.m. We will then proceed to the local St. George Catholic Church located on 259 W. 200 North St. George, Utah for the blessing of her casket and priests’ services. Then, interment will take place in the Washington City Cemetery located at 300 Park View Dr. Washington, Utah. For any questions feel free to contact Leilani at 435-256-7411.

We would like to acknowledge the Beehive Homes of Washington County staff who cared for Gayle and knew and loved her when she was residing there. And a big THANK YOU to our Applegate Hospice family who took great care of her. Nurses Bob and Gina, Thresa her massage therapist, Janessa her music therapist, social worker Craig, CNA Shelly and everyone else not mentioned, just know we had the greatest care and support from this team! Gayle passed away peacefully, not only with comfort but with dignity. Thank you.

Friends and family are invited to sign her online guestbook at spilsburymortuary.com.