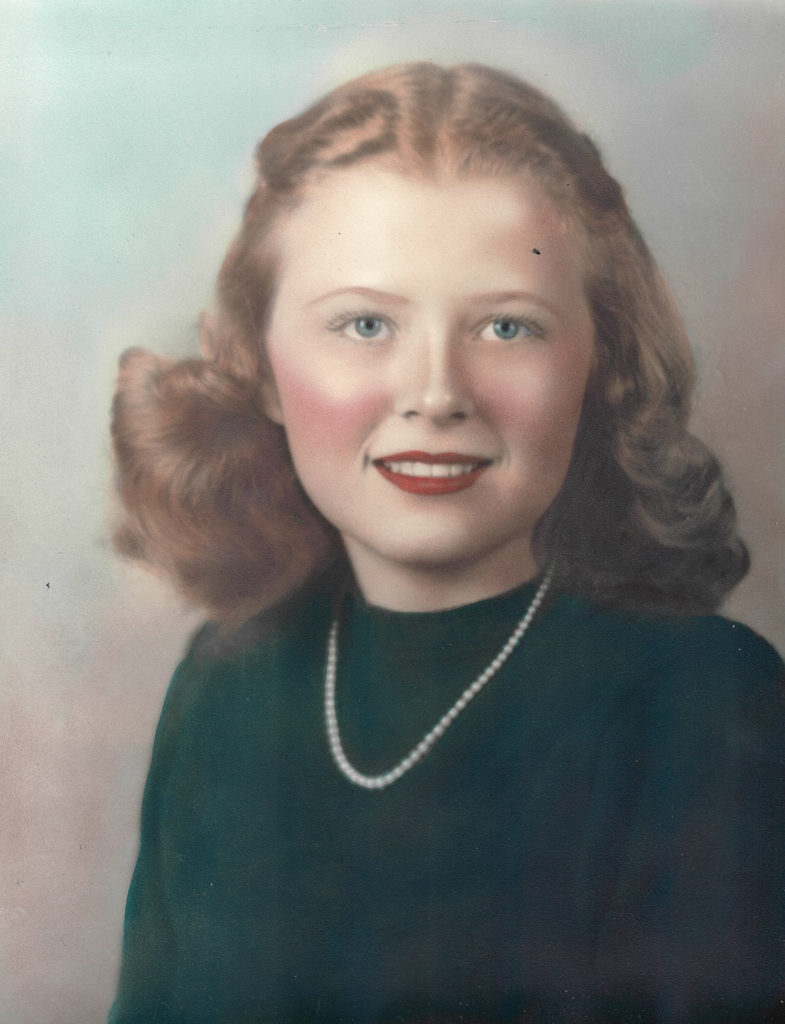 Ruth Annie Mae Hawkes Corry Graf slipped peacefully into eternity on the afternoon of Thursday, October 10, 2019 at home at the SunRiver Retreat. Ruth, the only child of Robert T. and Mae Stray Hawkes, was born on March 18, 1931 in Salt Lake City.

The petite little blond was a spirited child and a spunky teenager who would become Valedictorian of West High School’s class of 1948. As an adult she was known as a determined, organized, hardworking and no-nonsense woman.

Prior to graduation, her father told his “big city girl” she would need to get a fulltime job to take care of herself. Ruth responded she would get a job but only part time because she intended to go to college. She kept this important promise to herself, working her way through a few semesters at the University of Utah before leaving school to marry Alan Corry on March 21, 1961. They had one child, Suzanne Corry, born August 3, 1952 in Ridgecrest, CA. Ruth’s marriage did not last. The recent divorcee then finished her education at Cal State Northridge graduating in 1965 with a bachelor’s degree in Liberal Arts.

With school behind her, she took an entry level job in the Los Angeles County Welfare Department and over the next 30 years, she worked her way into management where, among a myriad of other duties and responsibilities, she interpreted welfare rules from Sacramento. She retired in 1991.

Her daughter Suzanne married Dean Chapman on December 11, 1971. They had one child, Amber Chapman, born on July 25, 1975 in Minneapolis, Minnesota. Unfortunately, her marriage did not last and to help her daughter Ruth took Amber into her home for many years.

Ruth met Richard (“Dick”) Dale Graf, the man who would become her husband, at church. Her ward boundaries had changed, requiring her to attend a different ward. “I’ll go to the new ward, Lord, if you’ll put a man there for me!” At the same time, her future companion had made the decision to give up his wild Hollywood life, including high stakes poker, after he was baptized a member of The Church of Jesus Christ of Latter-day Saints in 1971. The handsome young actor with his rich, deep movie star voice, had a few women who found him beguiling, but Ruth was the one who captured his heart. She was cautioned not to marry a risky, ex-actor/gambler, but she prevailed. They were married on May 27, 1972 and were sealed in the Los Angeles Temple as soon as time permitted. At the time of her passing they had celebrated almost 47 ½ years together.

About a year after their nuptials, Dick had not yet found steady work. Her patience wearing thin, Ruth told him, “get a job or it’s ‘goodbye, Buster’.” Through Ruth’s references and persistence, he successfully passed the entry exam and was assigned the Juvenile Welfare Department in Pasadena. Later he transferred to a better position as a courtroom clerk in the Los Angeles County Superior Court. He ultimately worked 20 years, having successfully moved into management. The last 8 years of his working life, he managed 13 Family Law courtrooms in downtown Los Angeles.

The first 30 years of their marriage they resided in Tarzana, California. They moved to St. George, Utah in September 2001. Dick and Ruth were well known both in Tarzana and in St. George for their hobby of collecting and displaying Christmas Village houses. They would spend three days setting up their collection around Halloween and take it down in February. During the holiday season they would invite neighborhood friends and ward members over to see the displays and enjoy holiday treats. Ruth always said they bought their beautiful home in St. George because it had two basement storage room big enough to hold their entire collection. 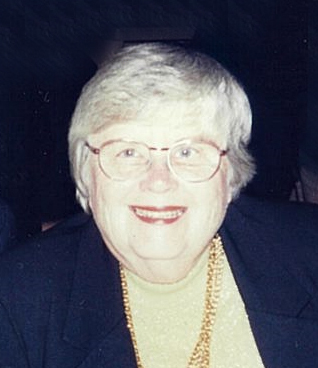 For one year, Ruth was President of “Village Addicts Anonymous,” a 200-member Christmas village collectors club. VAA was recognized countrywide as the largest membership club in the United States. Every large city has at least one such club. VAA met once a month, to trade, buy and sell duplicate or unwanted houses. They had a lot of fun together! Dick composed a song for the VAA club, entitled… you guessed it… “Village Addicts Anonymous.”

With their closest friends John and Caroline Matthews, their travels took them to Alaska, New Zealand and Australia, Italy, Germany, England, Wales, and other scenic locations, including Mexico. Ruth even organized a month-long trip to China for 15 of her closest friends, including the Matthews!

Ruth and Dick enjoyed spending time each year at their four Marriott timeshares. They owned and used annually for 25 years their two weeks in Maui, Hawaii (their favorite), two weeks at Newport Beach, California; two weeks at Palm Desert (near Palm Springs) and one week at Park City, Utah.

Ruth especially loved frequent trips to the Danish-style community of Solvang and visiting art galleries in Carmel, California. She looked forward to frequent visits to a mountain top outside of Los Angeles where they owned 1/5th of a share of a mountain cabin. Other loves in her life were two favorite mixed breed dogs, Ebenezer (also known as Bennie) and Fanny.

Ruth painted and enjoyed collecting artwork, playing card and board games with friends and family, and attending concerts at the Hollywood Bowl. Together they could regularly be seen in the audience at the Glendale Center Theater where they had season tickets.

Ruth loved music. As a young woman she studied the violin and played in the Salt Lake Tabernacle. In California, she served as Relief Society president in the Reseda Ward. As a member of the Bloomington 7th Ward, Ruth became well known for her organizational skills, particularly as the ward choir director. Before every rehearsal and performance, she would call to remind each choir member and took meticulous care of the choir’s music library. Because of her dedication, she had a very large choir.

Special thanks to the kind and accommodating staff at the SunRiver Retreat for making the last few months of Ruth’s life enjoyable with fun and interesting activities, good food and new friends. Dick wants to also express gratitude to Ruth’s devoted ministering sister and loving friend Paula Bown of Bloomington.

Funeral services will be held, Saturday, October 26, 2019 at Spilsbury Mortuary, 110 S. Bluff Street. Visitation is from 9:30 – 10:30 a.m. The funeral begins at 11 a.m. followed by lunch and a family gathering in Spilsbury’s lower gallery. Ruth will be laid to rest on Monday, October 28 in the Salt Lake City Cemetery.

Arrangements are under the direction of Spilsbury Mortuary, St. George (435) 673-2454. Family and friends are invited to sign her online guestbook at www.spilsburymortuary.com.