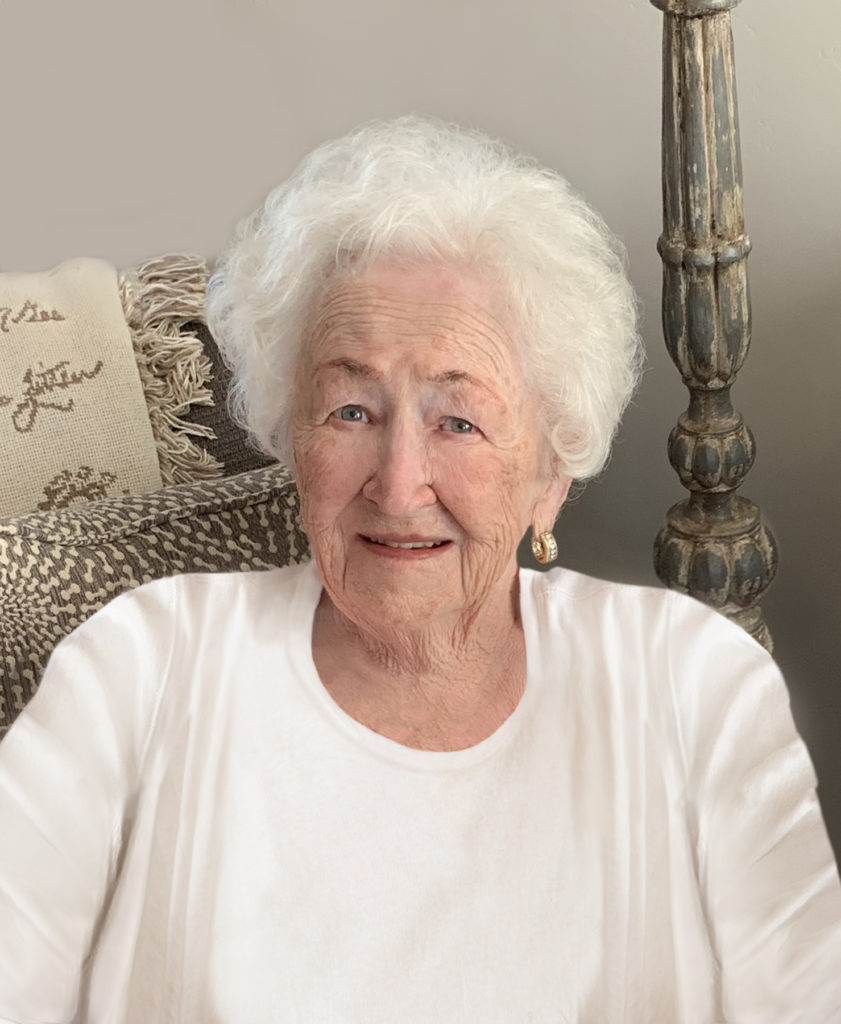 Verla Merle Wilkins Walker was born in Vernal, Utah on September 19, 1923 to G. Victor Wilkins and Merle Southam Wilkins. She passed peacefully through the veil on October 11, 2019 surrounded by her family, including Howard Walker, her beloved husband of 76 years.

Verla and Howard, high school sweethearts, were married for time and all eternity on July 21, 1943 in the Logan Utah LDS Temple while Howard was on military leave during World War II.

Verla, a bright, kind and accepting spirit, lived her life in service to her family, which stretched the boundaries of the family definition. She, as the family matriarch, blessed the lives of all of her descendants including those who were welcomed into the fold by means other than birth. She unselfishly offered support to her children and grandchildren during their times of need. Most often it was her reaching out when she perceived such a need. Each of those descendants and their mates have their own precious memories of her many acts of kindness and support freely given, often to relieve enormous burdens. She taught by example and found joy in doing so.

She possessed a love of her Savior Jesus Christ and was an active member of the Church of Jesus Christ of Latter-day Saints, ministering in many capacities. During the final years of her life, she served for nine years with her husband Howard as an ordinance worker in the St George Temple; a calling she cherished.

The Walker family wishes to express their appreciation for the gentle care and kindness Verla received from the staff at Dixie Regional Hospital.

Funeral services will be held on October 25, 2019 at 3:00 pm in the LDS Stake Center located at 860 North Fairway Drive, Washington, Utah. A viewing may be attended prior to the service beginning at 1:30 pm.

A brief graveside service and internment will commence at 1:00 pm the following day, October 26, 2019, at the Midway Cemetery in Midway, Utah.