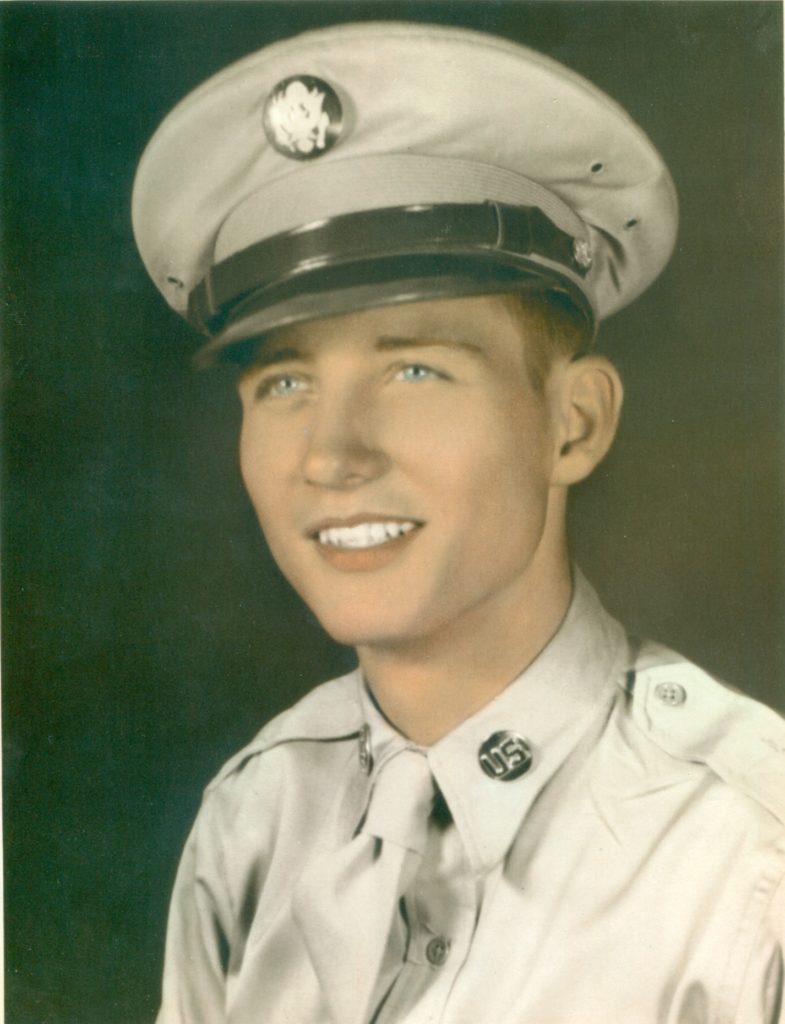 James E. Holler, affectionately known as Jim, passed away on October 12, 2019 due to maybe a little too much Pepsi, bacon, eggs, pickles, and crude humor although some, including Jim, would disagree with that. Jim would argue that those five staples in his life is what kept him going so strong for 88 years.

Jim was born in Kansas City MO. on November 17, 1930 to Clarkie Mae Claibourn and Melvin Preach Clinton Holler. Jim’s mother passed away when Jim was a young boy so he was raised by his loving grandmother. At the age of 17, with his grandmothers permission, Jim joined the Army. He was sent to Japan and soon found himself in the Korean War jumping from airplanes as a paratrooper and living in fox holes. He never would eat rice again after getting home. Jim was always so proud of the time he spent in the military and took great pride in serving his country.

After returning home from war, Jim married Patricia Phillips and they had three children, Jimmy Holler (in heaven), Ernie Holler (Kansas City MO), and Janet Queeney (Las Vegas NV). During this time Jim and Pat owned and operated The Bamboo Hut bar and restaurant where they made many friends. They later divorced.

Now living in Las Vegas Jim opened a clothing store which went right along with his stylish fashion. He later closed up the clothing store and became the Food and Beverage Manager at the Landmark Hotel and Casino.

Jim found his eternal mate Jola the day he walked into Carollo’s Restaurant where Jola was working as a waitress. After a few times in the restaurant Jim asked Jola if he could take her and her children on a picnic. Mom thought he was either really nice or just plain crazy! On their first date alone Jim showed up with beautiful jewelry for Jola and said “All beautiful women deserve beautiful jewelry.” From that moment on Jola never lacked for anything as he spoiled her rotten for the 35 years they shared life together. They got married on January 14th 1984 and Jim gained six more children, Debbie (Chuck) Gillihan, Lacey Valdez, Julie Warr, Kerry Warr (Luke Hutchinson), Monty (Whitney) Warr, Kristy (Logan) Murphy.

In 1990 Jim and Jola packed up their lives and moved to Hurricane UT. At this time they bought JJ’s Frostop which became a huge part of the community and forever impacted the lives of many of their employees and customers.

Jim decided it was important to make his companion eternal and they were sealed on October 18th 2003 in the St. George LDS temple. Jim was a greeter for many years in the Hurricane 7th Ward. He loved this calling and his ward members loved being greeted by him every Sunday morning.

Jim loved and adored all of his family and there are a lot of them to adore. Among the nine children plus his bonus daughter Renee G. Waugaman that found him later in life, Jim had 28 grandchildren and 37 great grandchildren.

Jim loved much and was much loved. We will miss you until we meet again and we take much comfort in knowing you are in heaven with your beloved son Jimmy still rooting for the Chiefs and Royals we are sure.

We would like to thank CNS Home Health and Hospice for their love, kindness, and hospitality.