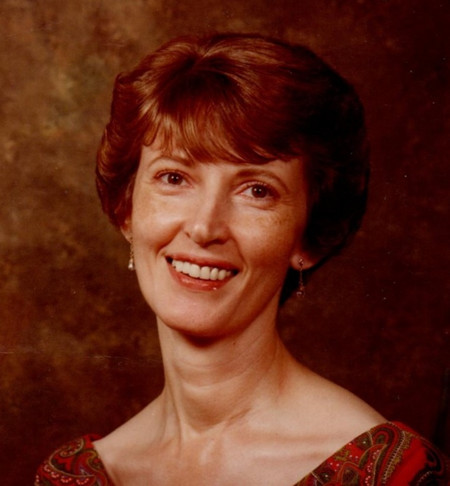 LeNore Syphus passed away peacefully, creeping quietly out of this life and into the next, on Oct. 7, 2019. She was looking forward to a joyous reunion with her parents, older sisters and eldest brother. Her loved ones left behind are glad she is now free from suffering.

LeNore was born Dec. 13, 1937, to Fay Beebe Syphus, Sr. and Elizabeth Tullis Syphus in Santa Clara, Utah. She was named for her maternal grandmother, Lenora Terry Tullis, and the landlady downstairs who desperately desired to have a child named for her.

LeNore grew up in St. George, Utah in her paternal grandfather’s home at the corner of 800 East and 100 North (St. George Boulevard). She was active and determined to do everything like her big brothers and sister, despite being the youngest. When she was almost 4 years old, her mother petitioned the school board to allow her to attend school, as she kept running away from the sitter while her mother, Beth, taught at Woodward. She might have been one of the youngest in her class, but she certainly kept up. That was always expected when you were Beth Syphus’ kids.

LeNore graduated from Dixie High School (’55) and Dixie College, then transferred to the University of Utah, where she completed a bachelor’s degree in secretarial science and tailoring. During this time, she met and married William T. Slack of Toquerville. They soon became the parents of two daughters, Michele and Lisa. They settled in Las Vegas in 1961, and later divorced.

LeNore moved back to St. George in the late 1960s, where she helped and later cared for her parents. After their passing, she and her daughter Michele and two of her grandchildren moved to Orem, Utah in 1985, where she lived for many years. During that time, she began her association with Western Ag Credit, a company she loved with co-workers she valued like family. She later moved to Spanish Fork, and finally to Springville, where she has resided for the past several years with Michele and Jon.

LeNore was a faithful member of the Church of Jesus Christ of Latter-day Saints. She held many callings and was always willing to help, even when it was out of her comfort zone. She gave a Relief Society Visiting Teaching Thought each month in the Orem 6th Ward, something she took very seriously. She taught in all the church organizations except the Young Women’s, as it wasn’t then available during her years as a working single parent. Her favorite calling was birthday greeter for the Relief Society sisters in Hobble Creek 8th Ward.

She taught her family the values of hard work, loyalty, and selflessness. She also had a wickedly funny sense of humor and enjoyed art, music, movies, sewing, gourmet cooking, archaeology and so much more. Like most of her family, she could have chosen to study anything and been a success. It was just so hard to choose.

Funeral services will be held Monday, Oct. 14, at the Hidden Cove Chapel at 2739 E. 1100 South, Springville, Utah, at 11 a.m. Family visitation will be shortly before at 10 a.m. Interment will be held at a later date. In lieu of flowers, please donate to latterdaysaintcharities.org or scoliosis.org.

Where can you find the money to build a safe, predictable retirement?