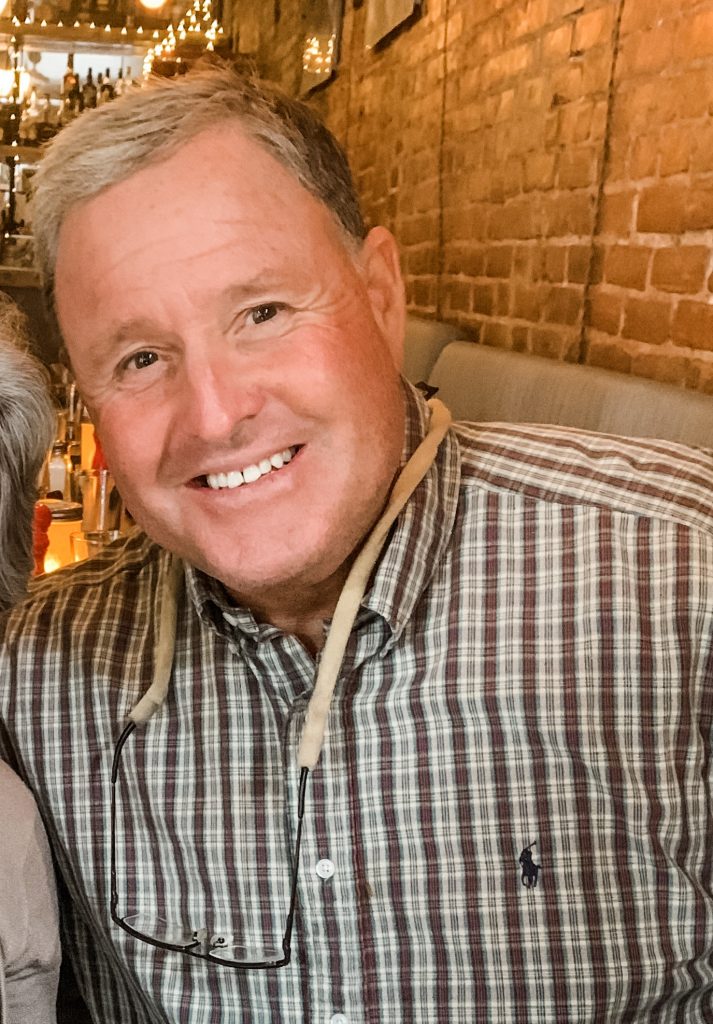 On Monday, October 7, 2019, our loving husband, father, and grandfather, Larry Ernest Reber, 62, passed away suddenly in Saint George, Utah in a tragic accident while driving his scooter.

Larry was born on September 18, 1957, in Seattle, Washington to Spencer and Josephine Reber. His childhood was spent in Bakersfield and Danville, California. In March 1977, he served a full-time, two-year mission for The Church of Jesus Christ of Latter-Day Saints in Cleveland, Ohio. On November 24, 1979, he married his high school sweetheart, Bonita Kindred, for time and all eternity in the Oakland California Temple.

He received his Bachelor of Landscape Architecture and Land Planning from Utah State University in Logan, Utah, in 1984. Together, Larry and Boni started their family in Antioch, California where they had three daughters, Tara, Danielle, and Carlee, and one son, Tyler. The family moved to Saint George, Utah, in 1994 where they continued to raise their children.

Larry was passionate about landscape design and architecture. He loved bringing his clients’ dreams to life whether for a small backyard or a large commercial project. He enjoyed creating spaces where people could enjoy the beautiful outdoors. Oftentimes, he generously provided his services at no cost. His most treasured experiences have been while raising his four children. He often took them to parks and playgrounds and on long hiking adventures. He frequently sang songs with his guitar and made up extravagant stories at bedtime. This has continued with his three grandsons.

He was an avid runner and swimmer and remained active in an effort to combat the life-long chronic pains he felt due to a form of arthritis, ankylosing spondylitis. Throughout his life, he was an active member of his church and served in various callings. He frequently served in and attended the temple. He grew and maintained a strong testimony of the gospel, which he shared often. His primary purpose was to love, serve, and honor his wife, Boni, and was known for his infamous love letters. Over the years he has written hundreds of letters to his sweetheart freely expressing his love and devotion.

He will be remembered for his kind, joyful, and optimistic demeanor. He was a humble, sensitive man with great integrity. He felt feelings deeply and wore his emotions on his sleeve. He only saw the good in people. He was quick to love, serve, and forgive and sought friendships with everyone he came across.

A funeral service will be held on Saturday, October 12, 2019, at 10 o’clock AM at Spilsbury Mortuary in Saint George, Utah. A public viewing will be held the prior evening on Friday, October 11, 2019, from 6-8 o’clock PM at the same location.

Friends and family are invited to sign Larry’s online guest book at www.spilsburymortuary.com