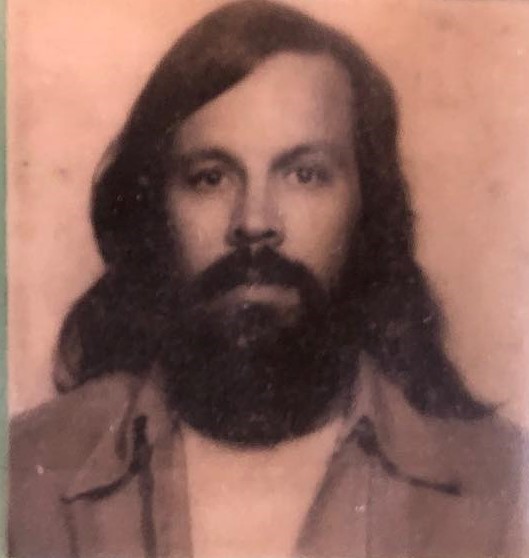 It is with great sorrow we announce the passing of our dad. Daddio. Dadude. Popsicle. Pops. Papa Frita.

David Kimbrel Lish was born October 21, 1942, to Beverly and Howard Lish in Los Angeles, California.  He was later adopted by Ralph Stauffer after his mother remarried. A brother, Michael, and sister, Susan, completed the Stauffer siblings.  The family relocated to Casper, Wyoming, because they evidently loved constant, face-peeling wind and bone-breakingly cold winters. After high school, David joined the U.S. Army and was stationed in Germany. Upon returning home, he married Darlene Porter of Casper, Wyoming, with whom he had enjoyed an epistolary courtship like two people in a Jane Austen novel. After moving to Salt Lake City, they had two children: daughter Christienne in 1971 and son Casey in 1976. They were, and remain, the most adorable children in the whole world.

David loved being outdoors. He was a river runner; a road tripper; a canyoneer and backpacker; a motorcycle rider; a camper. He was happiest sitting alongside desert rivers watching the rapids and spacing out with his feet in the sand.  He instilled this same love of nature in his kids. He and Darlene took their family on myriad camping, river, and hiking trips in the mountains and deserts of Utah.  The San Juan, Colorado, and Green Rivers all evoke happy memories of weeklong expeditions exploring Utah’s canyons by raft.

He loved music;  perusing his collection of vinyl brings back memories of dancing around the living room to everything from Beethoven’s “Eroica” to Willie Nelson to Led Zeppelin to B.B. King to Joni Mitchell to Jimi Hendrix to Miles Davis to Mozart to Phoebe Snow. Young Casey and Chrissy spent many evenings listening to music and staring at the glowing red power light on the Dynaco preamplifier.

David graduated from the University of Utah with a degree in Architecture. He joined Gillies Stransky Brems Architects in Salt Lake City, where he enjoyed collaborating with a talented group of colleagues. His eye for design and fine hand at drawing and drafting resulted in the creation of not only structures for living and working but also the art he made at home in a makeshift studio in the upstairs bedroom.  He rounded out his architecture career as a project architect at Salt Lake Community College.  He retired in 2006 and moved to St. George to enjoy retirement in the red rock desert.

We will miss his wry, subtle sense of humor; his raised-eyebrow looks when we did something particular foolish (Gary Larson’s “Midvale School for the Gifted” was an oft-referenced panel); playing catch; riffing on each other’s foibles; his evident glee in our accomplishments, endeavors, and adventures; our strolls in Memory Grove and City Creek Canyon; his attendance at baseball games and NASCAR races with Casey, where they hollered for Dale Earnhardt, Jr. and slurped day-old banana pudding like red-blooded, freedom-loving American rapscallions do; his willingness to haul Chrissy’s wonderhorse from St. George to Salt Lake to Jackson, Wyoming, and back again; our VHS movie nights watching lighthearted fare like “Das Boot”; receiving correspondence written in his uniform block printing (let’s call it the Stauffer font).  We miss you, Dad. We love you. Be in peace now.

To our mother, Darlene, your unwavering comfort and compassion are incomparable. We love you. To everyone who has reached out to express love and condolences to our family, thank you. We love you. A memorial service will be held in Salt Lake City at a date to be determined.

Arrangements are made under the direction of Spilsbury Mortuary, St. George, Utah. Friends and family are invited to sign David’s guest book at www.spilsburymortuary.com.