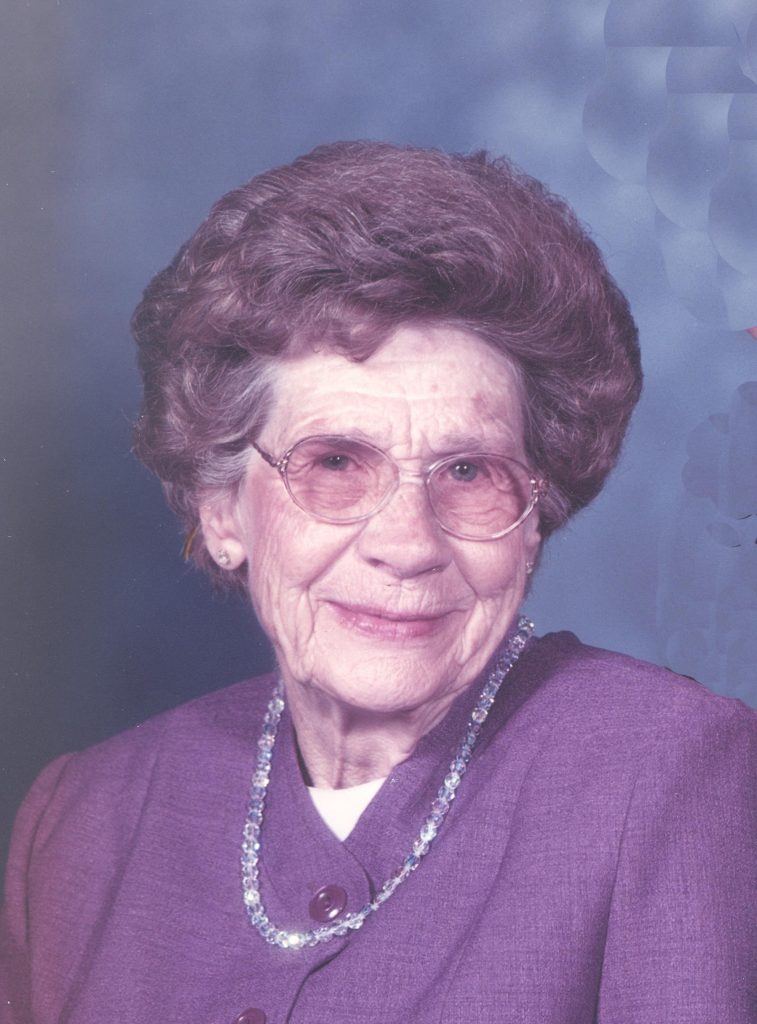 Mary Jane was one of four children born to Sylvia and William (daughter; Martha, sons, Wesley and Norman), she and her brothers and sisters were raised in Sedgwick.

After Mary Jane’s “Papa” died in 1941, her mother moved the family from the farm they had all lived on, into the town of Sedgwick. Mary Jane lived in Sedgwick until graduating from high school and leaving to attend St. Francis Hospital School of Nursing in nearby Wichita.  After graduation, and while she was working at a hospital in McCook, Nebraska, Mary Jane met her husband, Richard Marious Cooper, who was serving in the military in Cheyenne, Wyoming. They were married shortly thereafter on Dec 2, 1951.   Mary Jane and Richard’s marriage of 61 years was an uncommonly close partnership: filled with work, laughter, love, and family.

Mary Jane was always very proud of being a nurse, usually working in military hospitals on the bases that her husband was assigned to, until the needs of her five young children required her to be a full-time mother for a number of years.

When Mary Jane’s children grew older, she joined Richard in working in the restaurants she and Richard owned, first in Las Vegas where they settled after Richard left the Air Force, and later in St. George, Utah, where they moved in 1972.   For the next twenty years, until their retirement in 1992, Mary Jane and her husband worked side by side, arriving in the early mornings to pour coffee, share friends–including staff and customers, and…most days, lots of laughter.

While Richard’s energy and flair for life provided adventure and accomplishment, Mary Jane’s quieter nature often set the gentler, longer course of their family.  Mary Jane, though a petite woman, also contained strength and resolve—and could, when provoked—even be fiery: Richard was fond of telling the story of being scolded by his young wife and ending by saying that “without Mary Jane, I never would have had a dime.”

Mary Jane joined Richard’s childhood church, The Church of Jesus Christ of Latter-day Saints, early in her marriage with Richard.   It was later in their marriage, that Mary Jane’s quiet resolve and hunger for spiritual life helped guide the couple to an increased activity in their church, which including receiving their temples blessings and serving a mission in the temple and historical sites mission in St. George.

After Richard’s death in 2013, Mary Jane was sustained by the love and community of the branch they belonged to for nearly three decades; Mary Jane was also very proud of the service that her children, grandchildren and great-grandchildren provided to her church.

Mary Jane was a good Mom, who is survived by her five children: Mary, Richard, Sharon, Wes and Jim, who will now never quit missing being able to call and share their lives with her; by her 23 grandchildren, and by a passel of great-grandchildren.   She also leaves behind her “big sister” Aunt Martha Amstutz, with whom she shared a nearly daily conversation for Utah Jazz basketball; and a nephew, Arlo Amstutz.