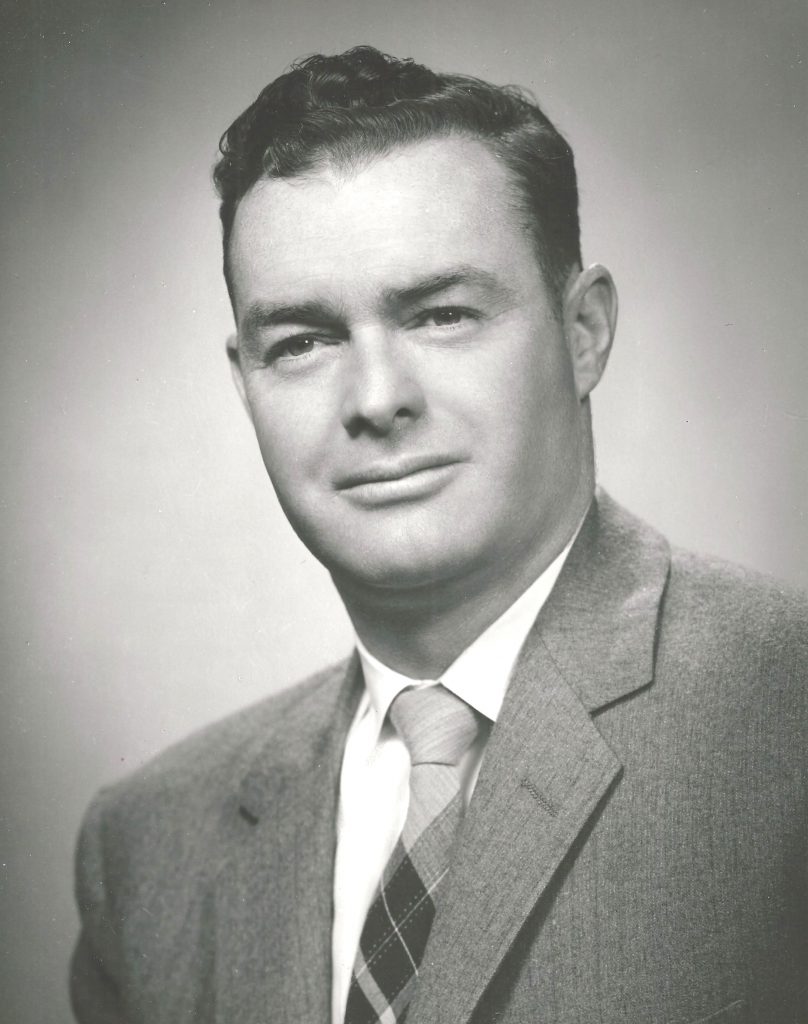 Bob Lees loved to make people laugh and always had a joke to share with everyone he knew. He had a passion for hunting, fishing, and football games. He passed away October 4, 2019 in St. George at the age of 95.  Born in Los Angeles, California, August 15, 1924, to his parents Will and Nellie Jones, he had an exciting youth.  When he wasn’t in school, his family could be found camping and fishing almost every week-end.  He attended Menlo High School, where he was a member of the track team. At 17 he joined the Navy where he was a gunner mate and later a radar man.

While in the Navy he met his lifelong sweetheart, Genelle, and they married on August 9, 1945. It was a marriage that would last 74 years.  While they were on their honeymoon the war ended, and he was discharged in December.  Bob and Genelle decided to start their life together in Compton, California where their three children Roberta, Bill, and Larry were born.  It was at this time Bob began a career in police work, with the Los Angeles Police Department, that he would follow throughout his life.  After 10 years in Compton, the family moved to Lakewood where they lived for 39 years.  During this time Bob’s interest in police work expanded into many different areas.  He worked for AT&T as a criminal special agent. His lifelong career in police work allowed him to assist on several cases with the FBI involving many famous people and movie stars, and some infamous criminals as well. He often found himself testifying in front of a grand jury with the protection of a body guard.  However of all of his experiences, he said that providing security for church President Hunter, when he came to speak in Long Beach, was a highlight in his career.

After retiring, he began his own private investigation business which he did for many years.  Bob and Genelle spent their later years in constant service to friends and family alike. A granddaughter said it best, “Heaven gained another angel this past week. It was well-known in our family that if there was ever a problem to, just call Grandpa Lees.  Many times when a family member was in need and Grandpa heard of it, he would say, “My bags are packed and I am getting the truck ready.” We are forever grateful for his faithful service to our country, our family, and to our Heavenly Father. We love you and the legacy and memories you have left behind.

Graveside services will be held Friday, October 11, 2019 at 11:00 a.m. in the Washington City Cemetery, 111 North 100 East, Washington, Utah.  Arrangements entrusted to the care of Metcalf Mortuary, (435) 673-4221. Please visit our website at www.metcalfmortuary.com for condolences, complete obituary and funeral listings.

Bicyclist transported to hospital after getting struck by car in St. George