ST. GEORGE — One person was injured in a crash Monday afternoon after police say the driver of a school bus carrying multiple children failed to yield after a stop.

The driver of the school bus was attempting to make a left turn heading west on 100 South from 1200 East. The driver reportedly did not see a white Nissan Altima traveling east on 100 South when he pulled out in front of traffic, St. George Police Officer Tiffany Atkin said.

“It looks like the bus driver didn’t see an eastbound vehicle,” she said. “The bus driver failed to yield after a stop.”

The bus was carrying three children from Legacy Elementary School when the crash occurred.

The children and the driver of the bus were uninjured in the crash, which resulted in minor damage to the bus.

The driver of the Altima, however, received minor injuries and extensive vehicle damage.

The driver of the bus was issued a citation for failure to yield after a stop. 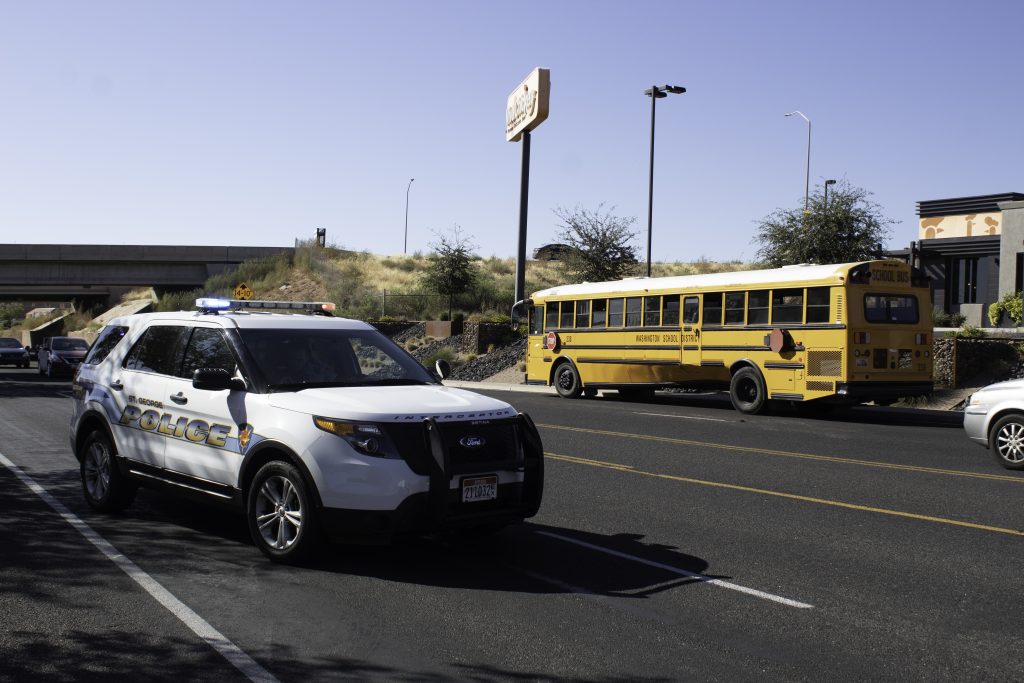 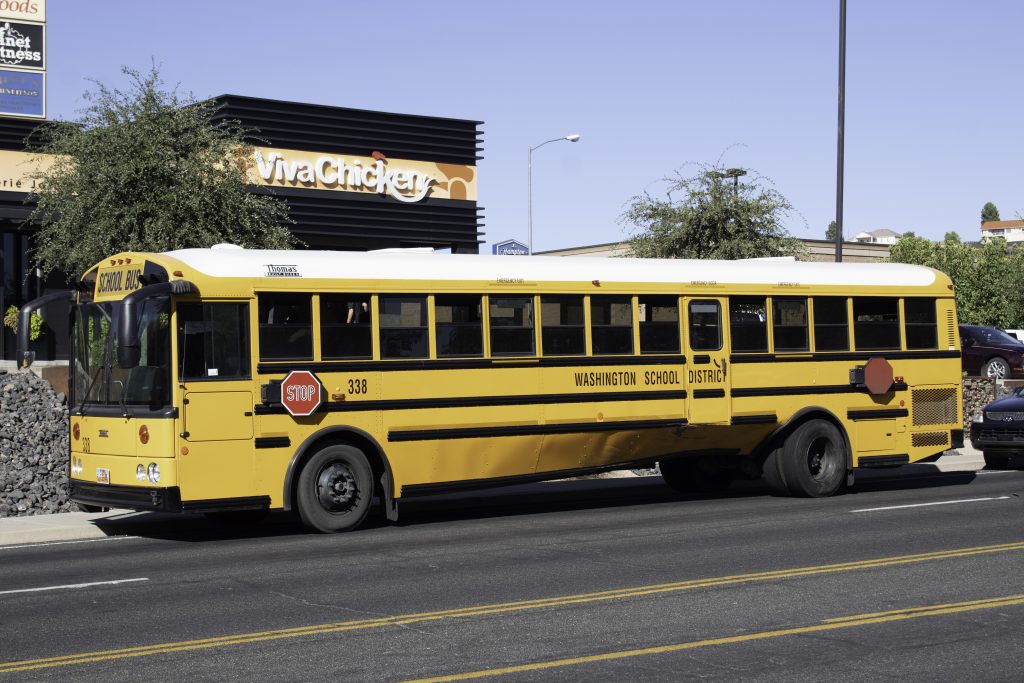 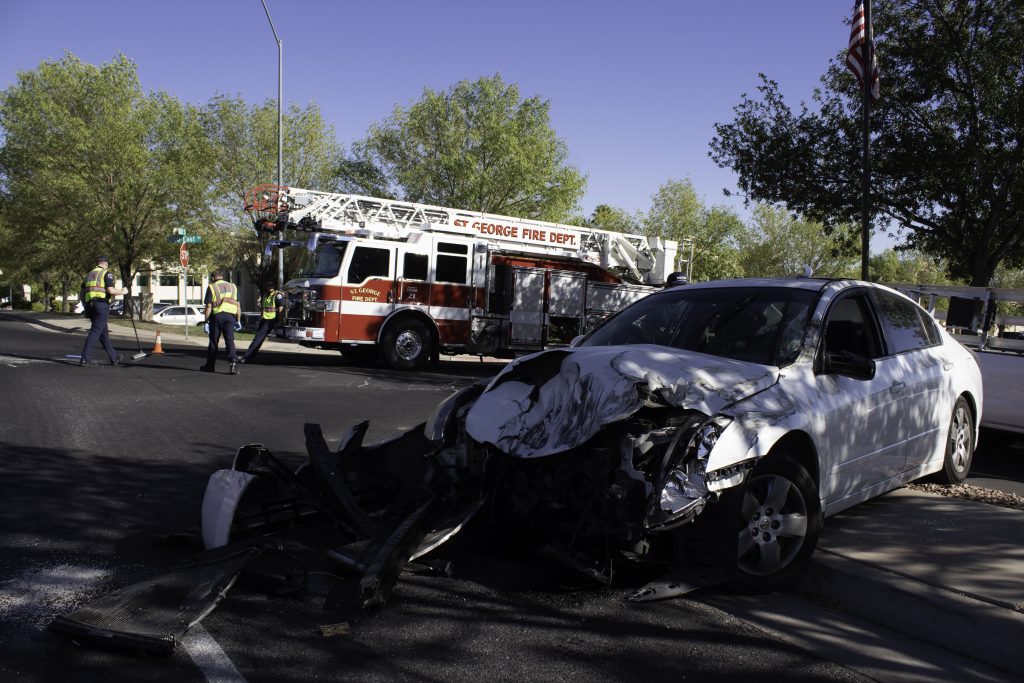