ST. GEORGE — With a packed stadium at Pine View high school, the best teams in Region 9 clashed, both literally and figuratively.

“It was close like everyone thought it was going to be” Dixie head coach Blaine Monkres said. “Both defenses did a good job tonight. It came down to special plays, they made plays, we didn’t”

Pine View head coach Raymond Hosner wanted his kids to be in this situation.

Dixie scored on a Reggie Graff rushing TD on their first drive, and the Flyer defense followed that up by forcing a three and out. Graff would get another rushing touchdown towards the start of the second quarter.

After a touchdown pass from Graff to Simmons, Dixie led 20-0 with about six minutes left in the half.

Pine View finally broke the seal as Crowton and Moten connected on a 68-yard pass for a touchdown.

Moten came up big on defense with an interception on the next Dixie possession, but after a Pine View fumble, the Flyers took the ball back.

The Panthers then recovered another fumble and had the past midfield with 1:15 left in the half. On the first play of the possession, Crowton made his way out of bounds to stop the clock, but a Flyers player hit him hard about three yards out of bounds.

That was the first penalty on that play, as after the late hit a Dixie player taunted some Pine View players on the sideline. With all the penalties, the Panthers got the ball at the 17-yard line. They would score on the next play. Monkres said this play stuck out after the game.

“We get those three personal fouls where they move them 45 yards down the field, and they have to go 20 yards to score a touchdown,” Monkres said. “That was a killer right there.”

Pine View scored first in the second half. With 2:36 left in the quarter, AJ McCarroll kicked a field goal and the Dixie lead shrunk to only three points, 20-17.

Another turnover for the Flyers on the next possession cost Dixie, as Pine View capitalized on the recovered fumble with a Crowton touchdown pass to Nobili. The Panthers took the lead for the first time, 24-20, and the crowd erupted.

Dixie then fumbled the ball again but bounced back as they intercepted Macloud Crowton once again. This would lead to a 50-yard touchdown run by Tyler Walden, making the score 26-24 after a missed PAT. Dixie regained the lead.

Another AJ McCarroll field goal with 4:09 left in the game gave Pine View a one point lead, 27-26.

The Flyers got the ball back, which was the deciding drive. It all came down to a fourth and long situation, and Reggie Graff found a way to snake through the defense and shed some tackles to get the first down.

“I was thinking about it,” Monkres said. “I don’t know, I thought we could get it done one time tonight, and walk it or kick it through and it just didn’t happen for us. That’s probably what you’re supposed to do in that situation, and it just didn’t work out.”

Izaiah Moten saw that ball sail to the right and immediately thought of the work his team put in preparing for this game.

“Everything you just worked for, all that two hours, all that practice the whole week, everything,” Moten said. “You see it going out, and that’s what we have been working for this whole week. I’m just happy it went out.”

The Panthers took over on the 20-yard line and entered the victory formation.

“Our defense played one heck of a game, and without them, we would have gotten blown out,” Macloud Crowton said. “We come back from 20 to nothing, defense plays great the second half, and I’m thankful for them.”

It was an extremely physical battle, with numerous turnovers and missed opportunities, but Dixie still found themselves in field goal range with about forty seconds left.

The story of the game was missed opportunities for the Flyers. Quarterback Reggie Graff missed a couple of long balls that would have been touchdowns, but he overthrew those receivers. Monkres thought he might have been a little too excited for the game.

Pine View had a rough start to the game but caught fire heading into the half. Crowton spoke about his early struggles.

They did exactly that, as their defense came up big in the second half, holding Dixie to one touchdown. Pine View head coach Raymond Hosner said he learned a lot about his team’s toughness.

“They’re able to withstand some minor pain, and they don’t quit,” Hosner said. “They give you everything they’ve got. Dylon Rymer and Izaiah Moten are going both ways and they’re coming up with turnover, interceptions and cramping up. They come over and get some pickle juice, and next thing you know, they’re back at it again, and that’s contagious.”

With regards to the turnovers, Hosner was quick to talk about the physicality of the game and both teams.

After the loss, Monkres told his team to get back to work. Their season is far from over.

Dixie has the easier schedule for the rest of the year, as they play Canyon View and Hurricane.

Pine View will play Hurricane next week on the road but ends the season at home against the third-best team in the region in Desert Hills. When asked about that game, both Crowton and Hosner made it known that they are focused on Hurricane and that they will focus on Desert Hills after next week. 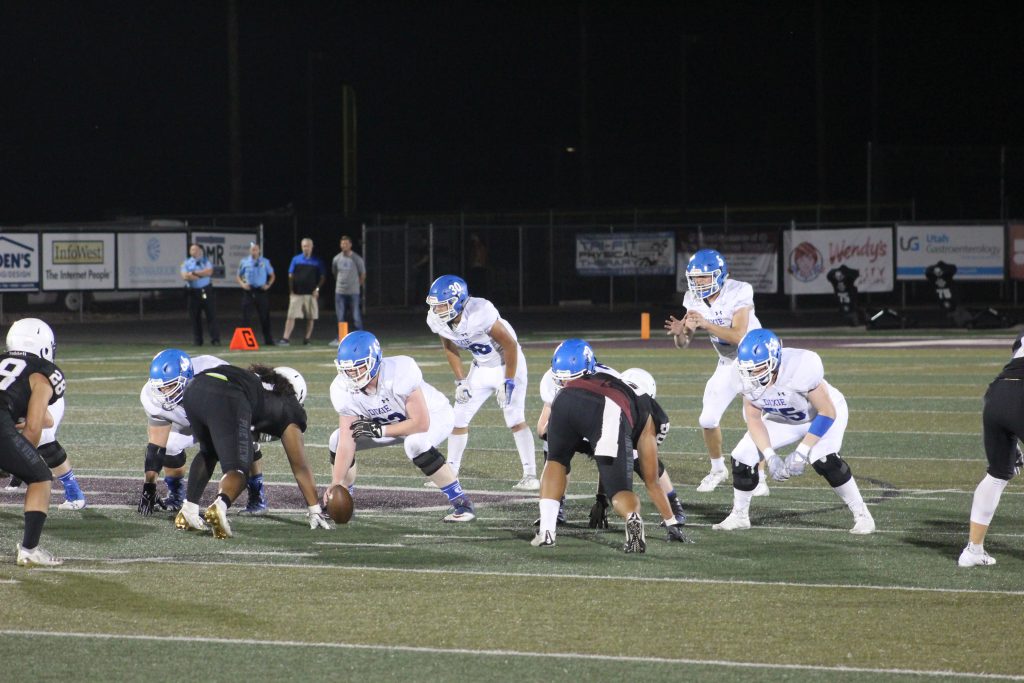 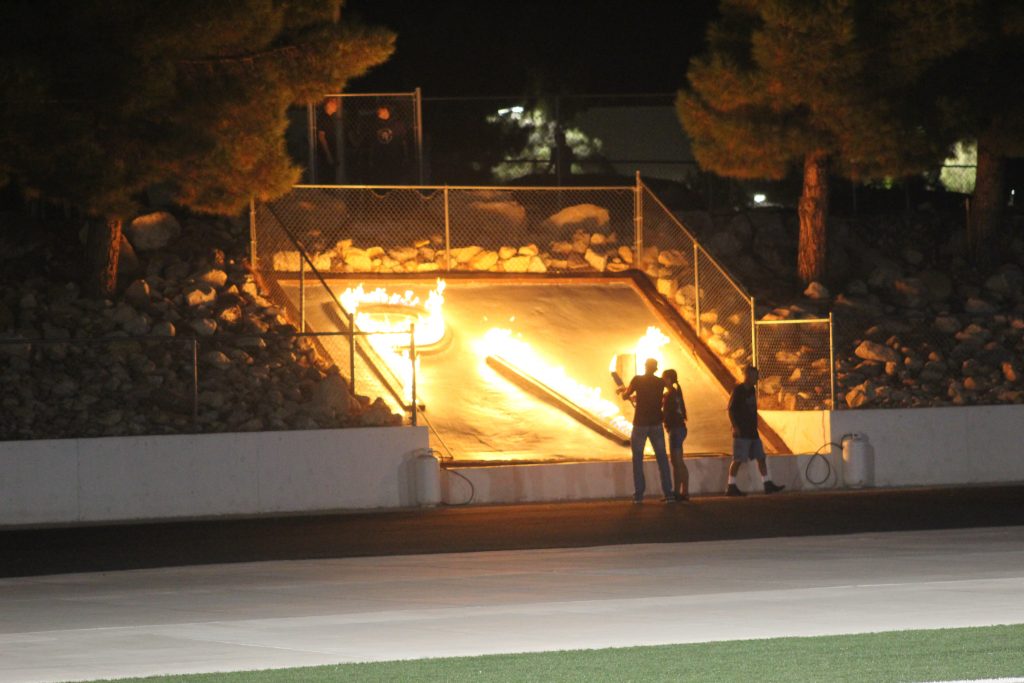 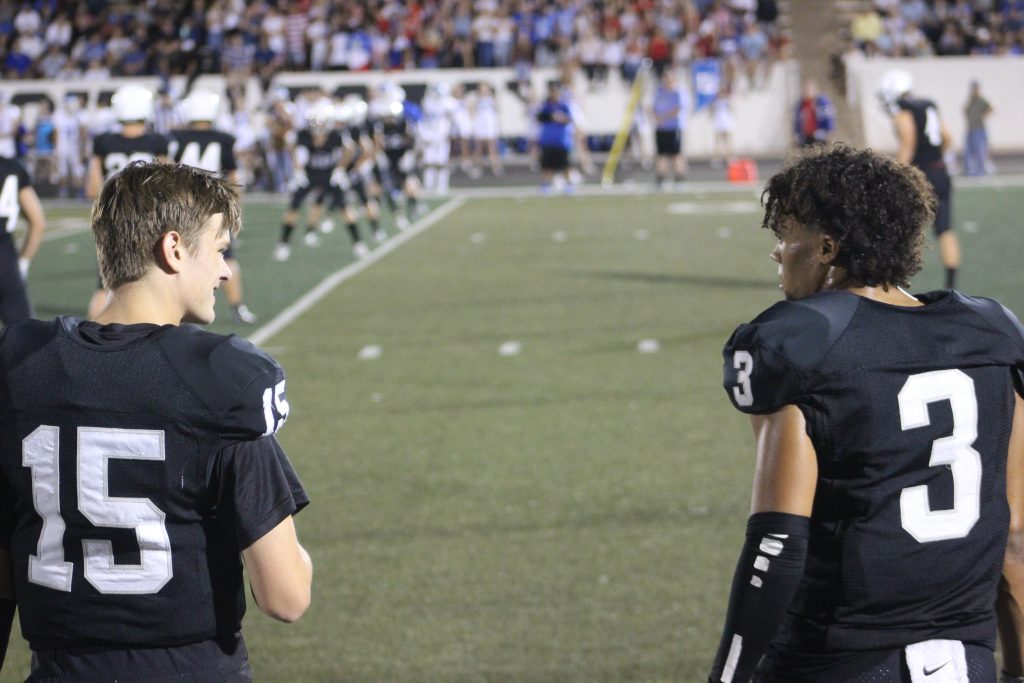 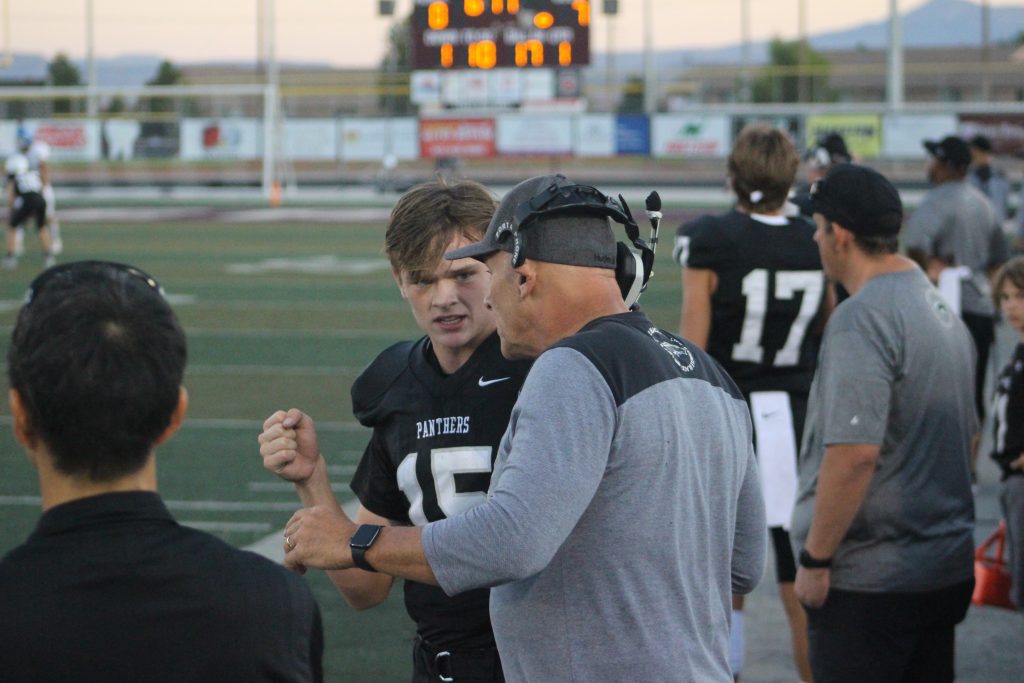 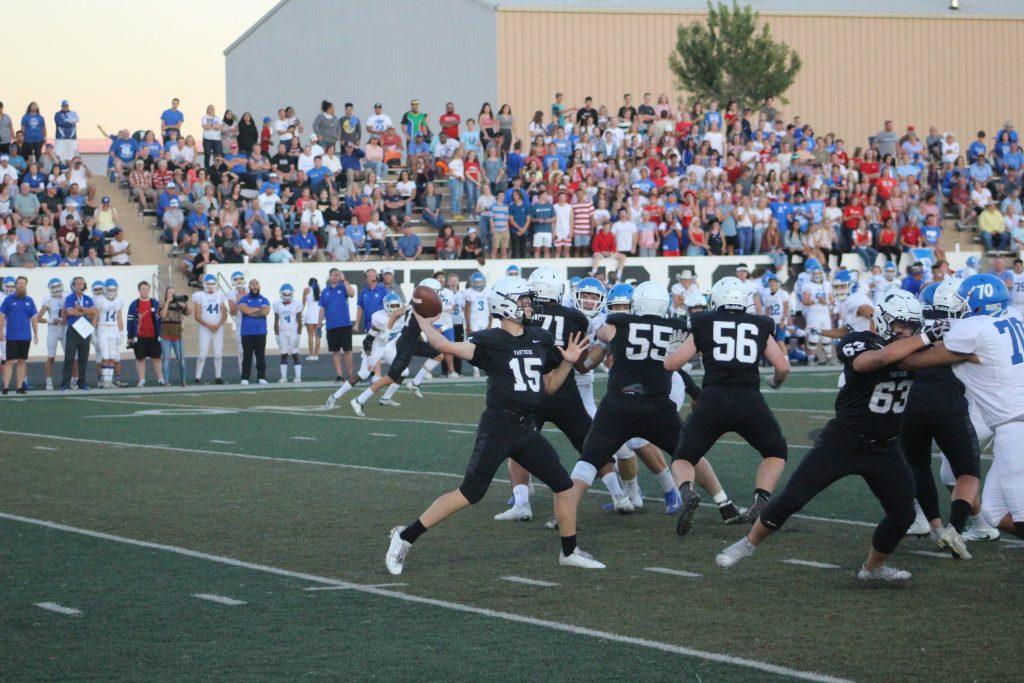 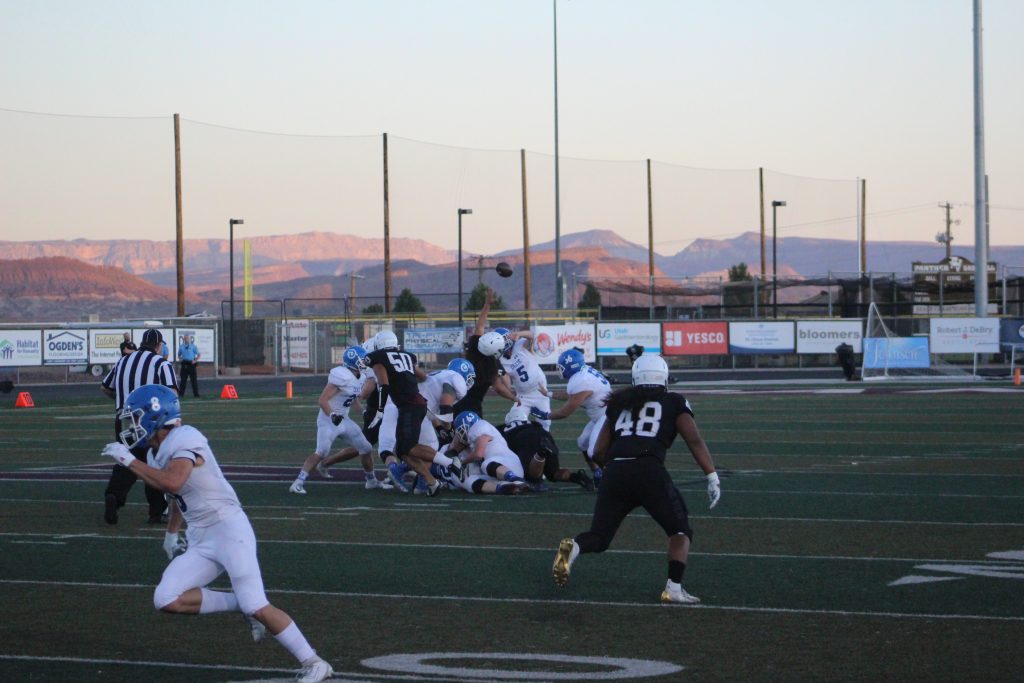