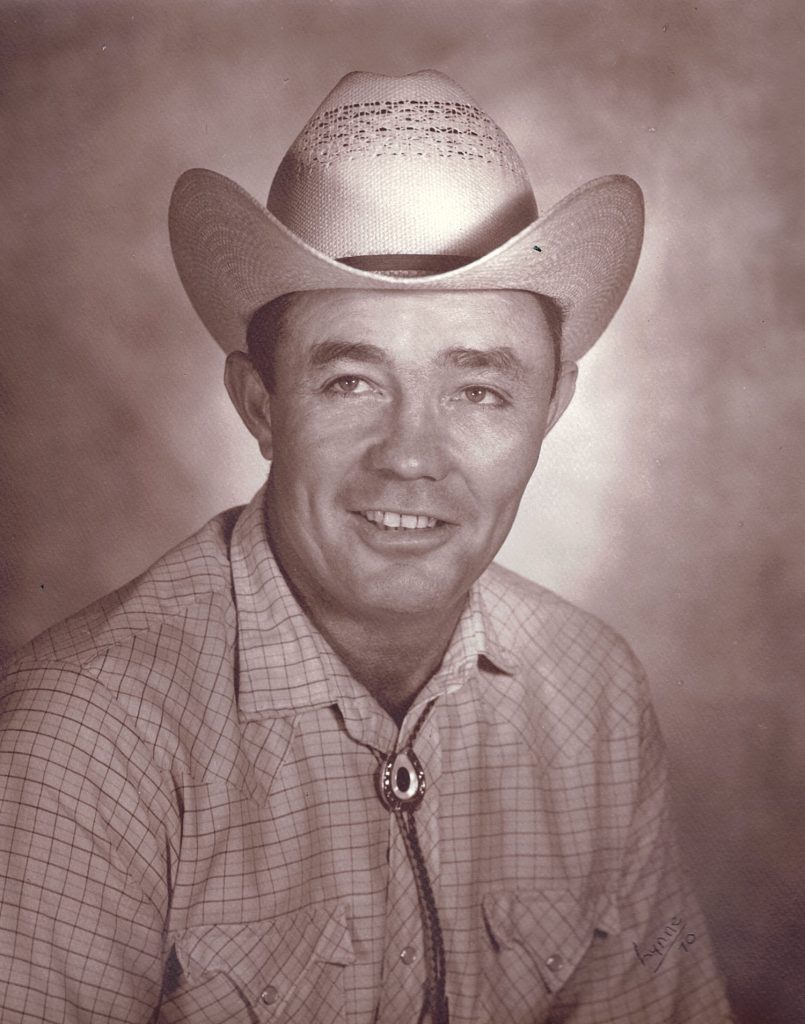 Harry Lundin was born in Fremont, Nebraska, on May 2, 1928 to Viola Ibsen and Clarence John Lundin. He died Sept. 14, 2019 at his home while watching a football game and eating snacks with family members.

As a single mother, Harry’s mother joined The Church of Jesus Christ of Latter-day Saints and moved to St. George, Utah, with her five children where one of the missionary’s families helped them get settled. Harry was 14 years old at the time. He loved living in St. George. He was a good athlete and excelled in football, basketball and track at Dixie High School.

Harry worked hard and enjoyed life. He was a truck driver for many years then started repairing diesel trucks on the side. He founded Dixie Diesel in 1956. His wrecker services were in demand and he spent many nights towing wrecked trucks in Southern Utah, particularly on Utah Hill.

He had many interests and hobbies. He loved hunting and was an excellent marksman. He was a lifetime fisherman and a great storyteller. He raised and showed quarter horses and operated an ostrich farm for years. Harry was very creative and artistic. He could take an ordinary obsidian rock and carve it into a beautiful arrowhead just like early Indians did. He made gorgeous spears and knives our of deer horns and rock. One of his proudest accomplishments was restoring a 1928 Mack truck that was made the year he was born. The Mack has been in many local parades and rodeos.

Harry was well known in the community. A friend once sent him a letter from New York City addressed to Harry, Dixie, Utah. It was delivered to him in 3 days. Harry spent many years serving in the Lions Club and was a member at the time of his death. He was looking forward to the rodeo weekend. He was a volunteer fireman for 38 years, seven of those as the Fire Chief. He was always very generous and looked out for the underdog. He has many lifelong friends and they shared memorable experiences together. He was considered a legend by many.

Harry is survived by his wife of 72 years, Lou Jean of St. George and his five children: Cathy Bean (Bob) of Bothell, Washington, Judy Turner (Garn) of St. George, Jeffrie Lundin (Laurie) of St. George, Sherrie Carlson (Tracy) of Henderson, Nevada and Craig Lundin (Kim) of St. George. He has 21 grandchildren and 53 great grandchildren. They all adored him, and we will miss him.

He was preceded in death by his parents, brothers, Lawrence, Louie, Fred, and his sister, Ann Winterton.

Arrangements are made under the direction of Spilsbury Mortuary, 435-673-2454. Friends and family are invited to sign Harry’s online guestbook at www.spilsburymortuary.com.