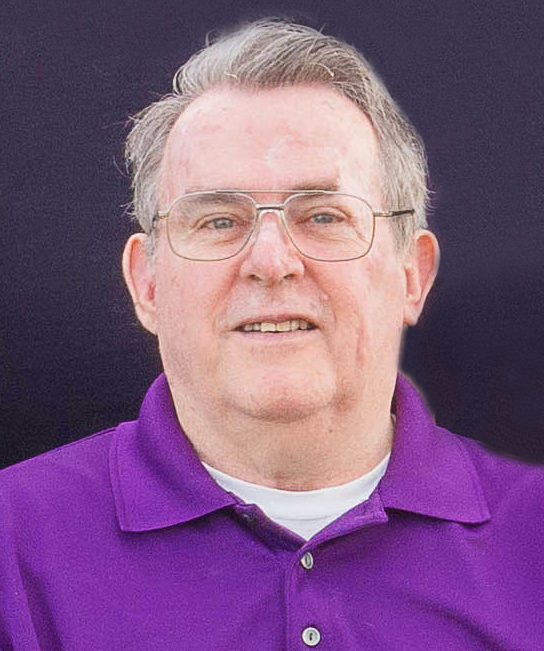 David West Peterson, 65, completed his race Sept. 13, 2019, after over 22 years enduring Multiple Sclerosis. Despite this long battle, he always maintained his sense of humor and enjoyed teasing anyone who was around, especially if they teased back.

David was born to Lerald Wayne and Mildred Dee (Strickland) Peterson, of Enterprise, on Jan. 3, 1954, in Cedar City. He was the third of nine children. He grew up in Enterprise in a little home on Main Street, where he could see the ballgames being played across the street or watch friends and neighbors “drag main.” He loved telling stories of climbing the grain elevator at the east end of town, or of watching George Holt drive around town with a Christmas tree mounted on the top of his car. As a young man, he learned the value of hard work on his father’s farm, clearing ditches of the sand that had blown into them and helping with the planting and harvesting.

While in high school, David competed for the Enterprise High Track & Field team where he won every single regional meet his junior and senior years. In 1972, he helped lead the team to its first ever 1A-2A Division State Championship and he was the individual state champion in the 1-mile event. Enterprise High School would later induct him into their Athletic Hall of Fame, as the first-ever State Champ in any sport. He also played high school baseball and was fond of telling the story of stealing home or catching a fly ball in the outfield and pegging the runner out at home plate.

After high school, he completed an Associate’s degree in Accounting from what was then the Utah Technical College at Provo (now UVU). His love of math served him well in the numerous positions he held for Zions Bank throughout his career including teller, loan officer, and branch manager at the St. George, Washington City, Panguitch, and Cedar City branches.

In the fall of 1976, he married Jillyn Ann Fischer, of Rancho Cucamonga, California. They were later divorced. In the summer of 1981, he met his eternal companion, Sandra Spendlove, singing in a choir with her. After a whirlwind romance they were married on Nov. 7, 1981, in the St, George temple.

They continued singing together for more than 25 years. He was the father of four children.

He enjoyed sharing his love of the outdoors with his children. Summers weren’t complete without a camping trip to Calf Creek, Kodachrome Basin, Cedar Mountain or Pine Valley. On those camping trips, he always cooked a batch of dutch oven potatoes, a skill he taught his sons and a tradition that they are carrying on with their children. He was also a great example of service as he cleared snow for single sisters and widows and often helped stranded motorists.

David was an active and devoted member of The Church of Jesus Christ of Latter-Day Saints with a profound love for his Savior. He served a mission for the church in what was then the California South Mission from 1973-75 and has since held numerous callings as a way to serve his fellow man. Most recently, he was a sealing witness in the St. George Temple and cherished the opportunity to serve there.

The family wishes to acknowledge with grateful hearts the staff at Encompass Home Care and Hospice for their dedicated service to David these last several months, with special thanks to Suzanne and Tammy. He loved you both.

Arrangements are made under the direction of Spilsbury Mortuary, 110 S. Bluff, St. George, 435-673- 2454. Friends and family are invited to sign David’s online guest book at www.spilsburymortuary.com.