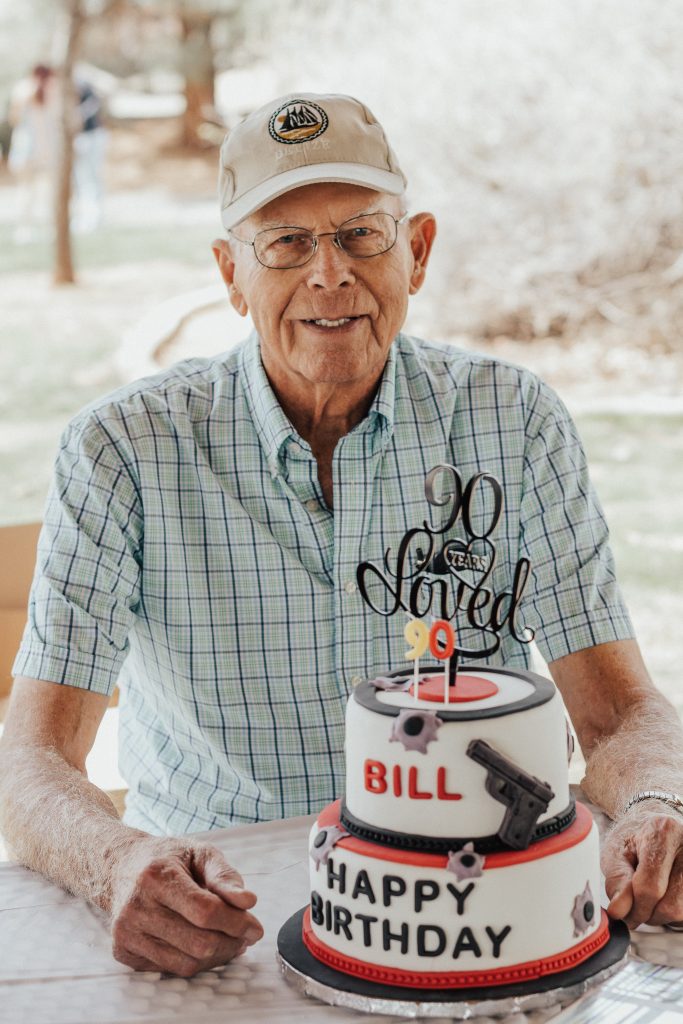 He was a jack-of-all trades and loved fixing things and helping others. He served in the Air Force during World War II and was honorably discharged in 1952. He enjoyed his years as a St. George Police officer and retired in 1993 after 16 years as a building repairman at the Hoover Dam.

Left to honor Bill and remember his love, are his sons, Randy (Sonjia) Naron (St. George, Utah) and Don Naron (Trophy Club, Texas), 17 grandchildren, 42 great-grandchildren and many nieces and nephews. Bill was preceded in death by his parents, 7 siblings, his wife, Ruth and two children, Dave Howard and Debbie Childers.

Bill enjoyed being very active his whole life, including riding his bicycle in the neighborhood up until a few months before his passing. He will be remembered as a loving father/grandfather and great neighbor/friend to many.

The Naron family would like to extend their gratitude to the wonderful staff at Dixie Hospice who helped care for Bill in his final days.

At his request, a private family service will be held, and his ashes will be interred at Palm Eastern Cemetery in Las Vegas, Nevada, beside his wife of 56 years.

For memorial contributions, the family has designated the Wounded Warrior Project.

Arrangements are made under the direction of Spilsbury Mortuary, 435-673-2454. Friends and family are invited to sign Bill’s online guestbook at www.spilsburymortuary.com.