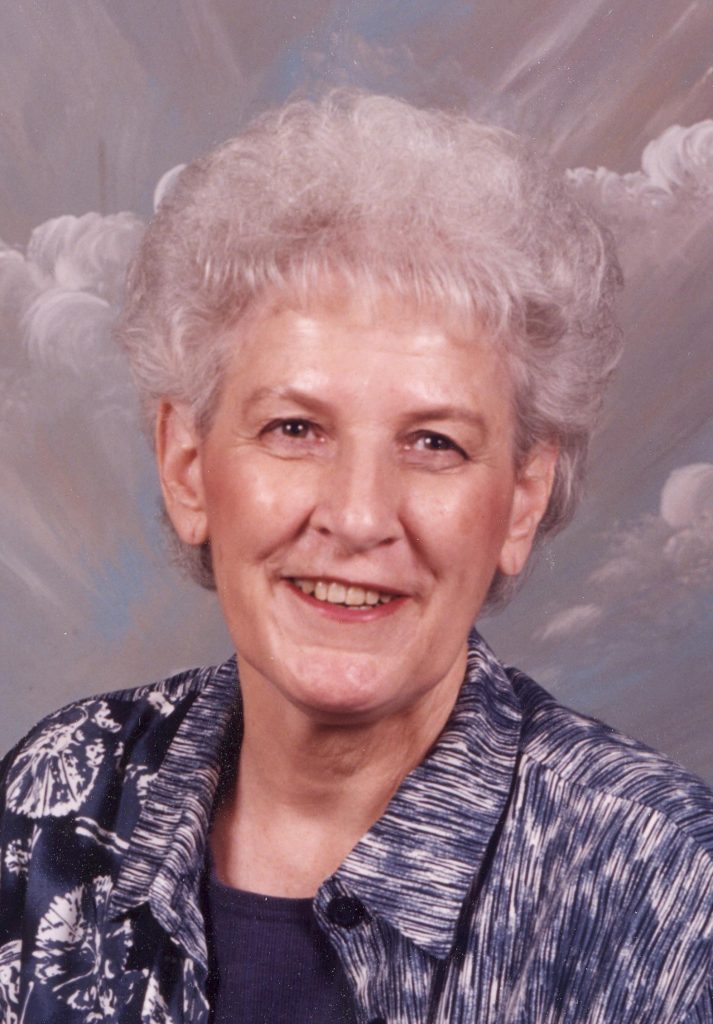 Vanna Paice Farr was born on May 8, 1935, in Beaver, Utah, to Leonard Weston Paice and Ruth Tillman. She passed peacefully at home Sept. 2, 2019, after a long battle with cancer. She was the youngest, and only girl, of four children, having three older brothers: Merritt, Weston and Paul.

Vanna met Cleon Matheson and after marrying, they moved to Cedar City, Utah, having four of her own children, then later divorcing. While raising her children, Vanna worked at the Valley View Medical Center in the administration offices.

In 1977, Vanna moved to St. George, Utah, where she lived until May of 2019, when she moved to Mesquite, Nevada, to live and be cared for by her daughter, Jean.

Vanna worked for a while in the administration offices of Dixie Regional Medical Center. She later worked as a legal secretary for the Utah State Courts in Washington County, where she worked until her retirement.

Vanna married Willard B. Farr on March 21, 1983, later marrying in the St. George LDS Temple. She was an active member of The Church of Jesus Christ of Latter-day Saints, where she enjoyed serving in several positions within the church for most of her life. Vanna loved her religion and enjoyed many friendships because of her love and desire to serve.

Vanna’s family requests that in lieu of flowers, a donation be made in Vanna’s name to the Mesa View Hospice at 330 Falcon Ridge Parkway #200B, Mesquite, Nevada 89027.

Vanna’s family would also like to express their extreme thanks and gratitude to everyone at Mesa View Hospice, whose kindness and patience has taught all of us what the value and importance of preserving a person’s dignity truly means. Without their help, understanding, guidance and caring, it would have been impossible to care for our mother and grandmother at home. For that we are forever and always grateful!

Funeral services will be held Friday, Sept. 6, at 11 a.m. at the St. George 16th Ward Chapel, 550 East 700 South, St. George, Utah. A visitation will be held Friday, prior to services, from 9:30 a.m. to 10:30 a.m. at the church. Interment will be in the St. George City Cemetery. Arrangements entrusted to the care of Metcalf Mortuary, 435-673-4221. Visit www.metcalfmortuary.com for condolences, complete obituary and funeral listings.