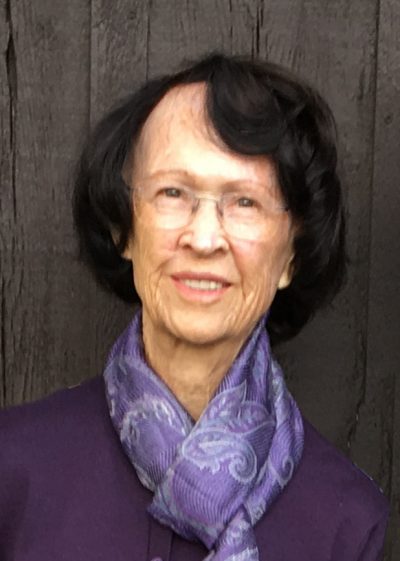 Our dear mother, grandmother, sister, and friend, Pearlie Myrleen Johnson Mitchell Coleman, age 87, passed away peacefully in her Salt Lake City home in the early hours of August 29, 2019 with close family by her side.

Pearlie was the most sweet, kind and generous person who truly loved everyone. She loved giving to others and bringing peace and love into their lives. She was the hardest worker and never complained. Precious little children were the highlight of her life.

Pearlie was born on Dec. 31, 1931 to her parents, Emily Molissa Turner, and Fred Stevens Johnson in her family’s home in Holden, Utah. She was blessed to be a sister in a large family of 17 children. One of her greatest joys in life was to dance and have long talks with her sisters. Even in their later years, they would perform dances at the senior citizen center in Fillmore, Utah and could be found laughing on a front porch together often.

The early years of Pearlie’s life were full of farm life and helping her parents and siblings. She graduated from Millard High School and was a member of the Pep Club, Marching Band, and a Class Officer.

Pearlie was lucky to have two dear husbands. She married San Luis Mitchell on May 27, 1950 and raised four wonderful boys with him. She was later blessed with grandchildren from each of them and cherished her role as mother and grandmother, and wife to San. After San’s early passing, she married Harold Schofield Coleman on June 4, 1982. Together they ran his Coleman’s Electric business, tended a vast garden, raised sheep at their home in Fillmore, and enjoyed spending special time with their grandchildren. Pearlie served as a strong matriarch to our family.

If there is one thing in the world that was constant for Pearlie all her life, it was her membership and activity in The Church of Jesus Christ of Latter-day Saints. She spoke of the church often and relished her callings, ward parties, Relief Society, and missionaries. When asked what she was most proud of in life, she replied “the missionaries.” She helped many missionaries and she served a church service mission herself, along with Hal, in their later years.

Most importantly, Pearlie felt she lived a good life and she knows that her family loves her dearly. She went home to heaven to join the family who have preceded her in death: Her parents, siblings Norma, Mildred, June, Stanford, Vivian, Ferrall, Bernez, Madge, Lloyd, Kirk, and Ted, her husbands San and Hal, step-son, Brian, and her beloved grandson, Dustin, by whom she will be laid to rest.

Friends and family are invited to the viewing at 9:30 a.m. on Tuesday, Sept. 3, 2019 at the East Millcreek 2nd Ward, at 3750 S. Hillside Lane, Salt Lake City. Funeral services will follow directly after at 10:30 a.m. Interment at Wasatch Lawn Cemetery.

Our family would like to sincerely thank the staff at St. Mark’s Hospital who have given impeccable care to Pearlie during the last month and enabled her to be at home with her family in the end.