ST. GEORGE — Several lightning-caused wildfires in northern Arizona have been burning as expected through areas of overgrowth on the Arizona Strip and near the North Rim of the Grand Canyon, according to fire managers.

As of Monday, three actively burning fires have grown to several thousand acres in size and are being allowed to advance in the name of improving the forest ecosystem. See St. George News’ compilation of information about each fire below.

The Trumbull Fire sparked as a result of lightning Aug. 5 in the Mt. Trumbull Wilderness Area, about 53 miles south of St. George. Fire managers have been monitoring its growth and have allowed it to burn naturally in the surrounding Ponderosa pine ecosystem.

The fire is 2,107-acres in size as of Monday afternoon. Currently, two engines, one hotshot crew, a helicopter and a fire effects monitor have been dispatched to monitor the blaze.

The fire is burning at a low to moderate intensity as it cleans up the understory of oak brush, pine needle duff and grass, according to a news release from the Bureau of Land Management’s Arizona Strip District.

Some drift smoke may be visible from St. George and surrounding communities in Southern Utah and northwestern Arizona.

Temporary emergency closures have been implemented on the Mount Trumbull Trail and the southern end of the Temple Trail due to their proximity to the fire. The closures are anticipated to remain in effect until fire managers determine conditions are safe.

The largest of the three actively burning fires, the Castle Fire, has spread through nearly 20,000 acres on the Kaibab Plateau after it was sparked by lightning July 12.

The fire, which is located approximately 11 miles south of Jacob Lake, has been allowed to burn through a preplanned area in order to remove a significant amount of dead and downed trees, according to a news release issued by the U.S. Forest Service.

“By allowing the wildfire to naturally burn through this area, the ecosystem will become healthier and more resilient,” the news release states.

While the fire has been mostly contained to its preplanned burn area, high winds kept firefighters busy Sunday as the fire advanced toward its established southeastern perimeter. Crews managed to hold the line at Castle Point.

As dry air continues to move through the area, additional crews were dispatched to the scene Monday to help ensure the fire stays within the planning area perimeter. Crews will focus on patrolling and holding the fire if necessary.

Smoke from the fire is expected to remain visible in Arizona from both the north and south rims of Grand Canyon National Park, Jacob Lake, Highway 67, Highway 89A, Fredonia and Page.

Several closures are in effect as a result of the fire, including Lookout Canyon Trail and a system of forest service roads in and around the burn area. All service roads within the restricted area are closed to motorized travel by the public, with the exception of FR-462, between its junction with FR-429 and FR-758.

Like the other two fires actively burning in northwestern Arizona, the Ikes Fire was caused by lightning and is being allowed to burn naturally. So far, the fire has burned through about half of its approximately 8,000-acre planned perimeter since starting July 25 just above the North Rim of the Grand Canyon.

According to a joint news release from the National Park Service and U.S. Forest Service, fire managers are allowing the fire to play its natural role in the ecosystem with the goal of enhancing wildlife habitat, improving forest health and reducing potential for severe wildfires in future years.

A total of 93 personnel are currently assigned to hold the fire line across its perimeter while it advances at moderate intensity through dead vegetation and overgrowth in the planned burn area.

Like the Castle Fire, dry, hot conditions are prevailing in the area as of Monday, but fire activity is as expected, according to the news release.

The following roads and trails on the North Rim of the Grand Canyon have been closed for public safety and to allow firefighters to conduct operations:

All roads in the planned fire area within the Kaibab National Forest are closed until Sept. 27 or until rescinded, whichever comes first. Other roads and trails in the planning area may be temporarily blocked off due to hazards and fire personnel working in the area.

For more information about the wildfires burning, visit InciWeb. 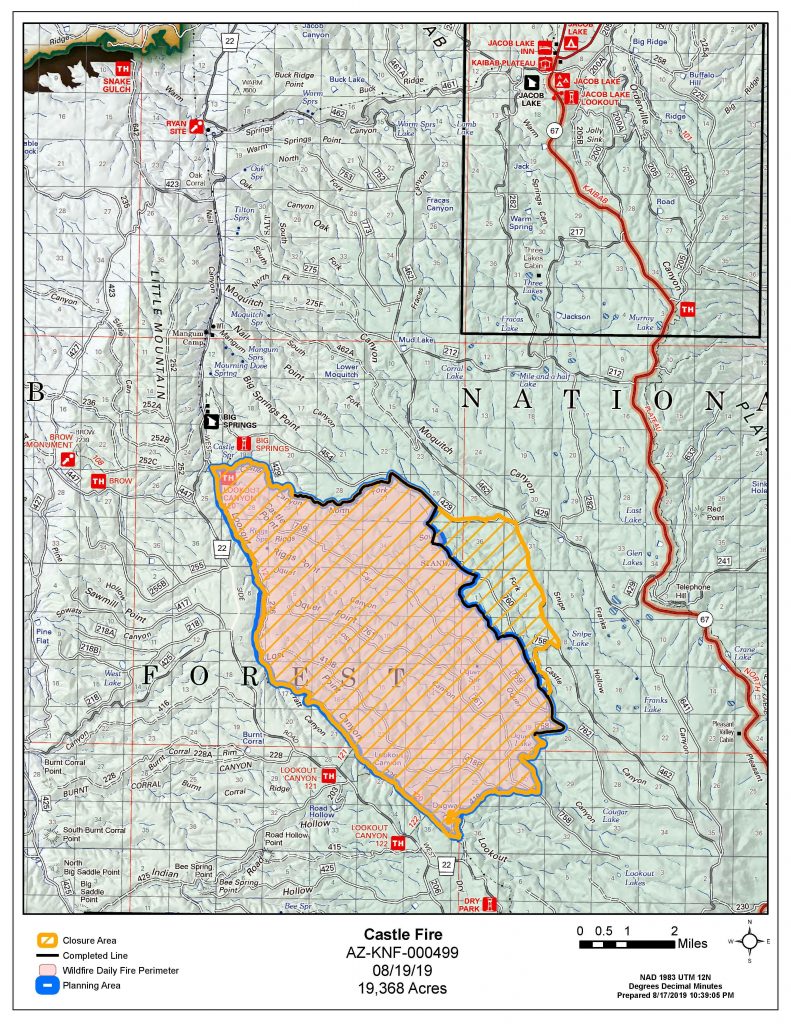 Map shows the perimeter of the Castle Fire as of Aug. 19, 2019 | Image courtesy of InciWeb, St. George News 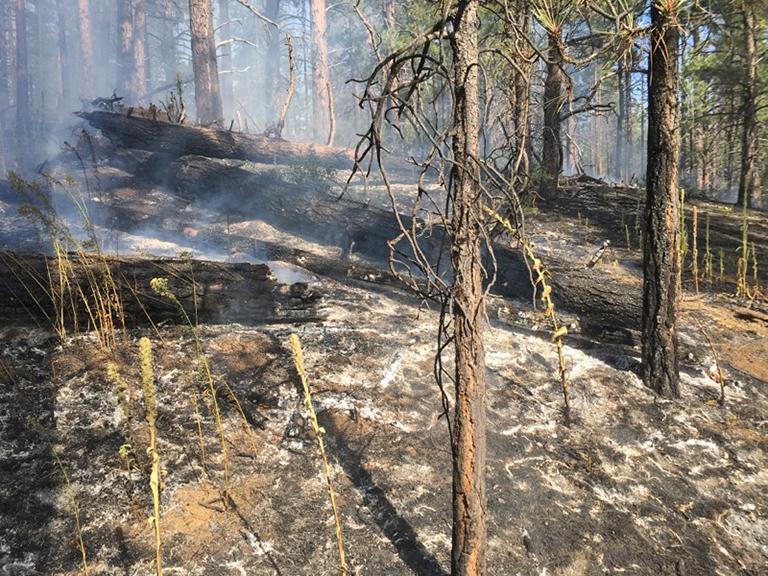 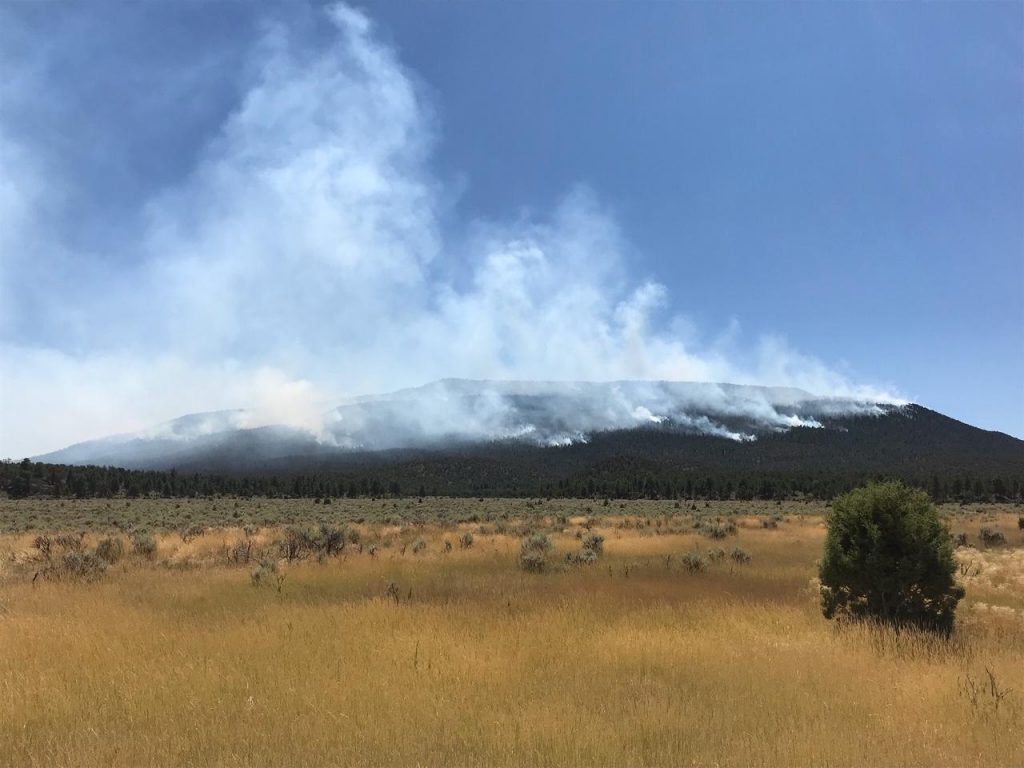 Smoke from the Trumbull Fire on the Arizona Strip is visible in the distance, Aug. 17, 2019 | Image courtesy of InciWeb, St. George News 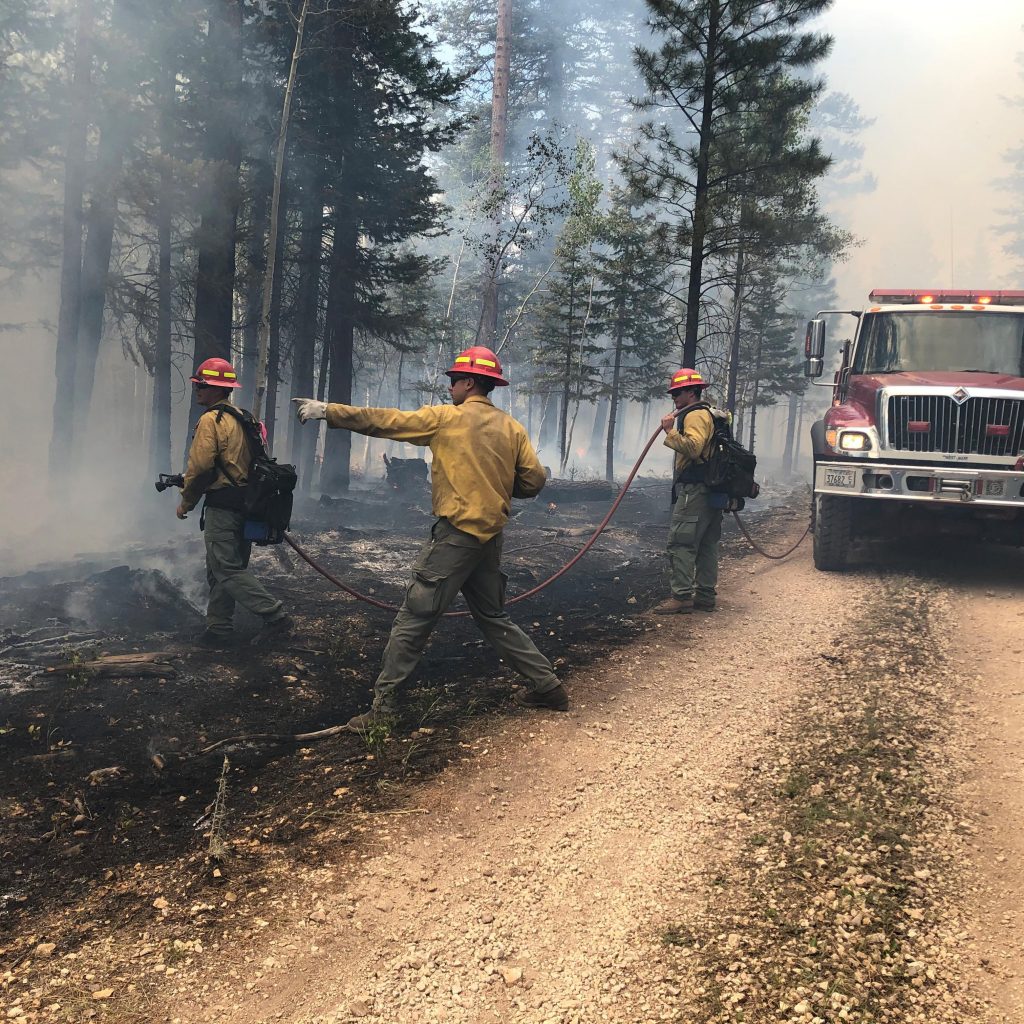 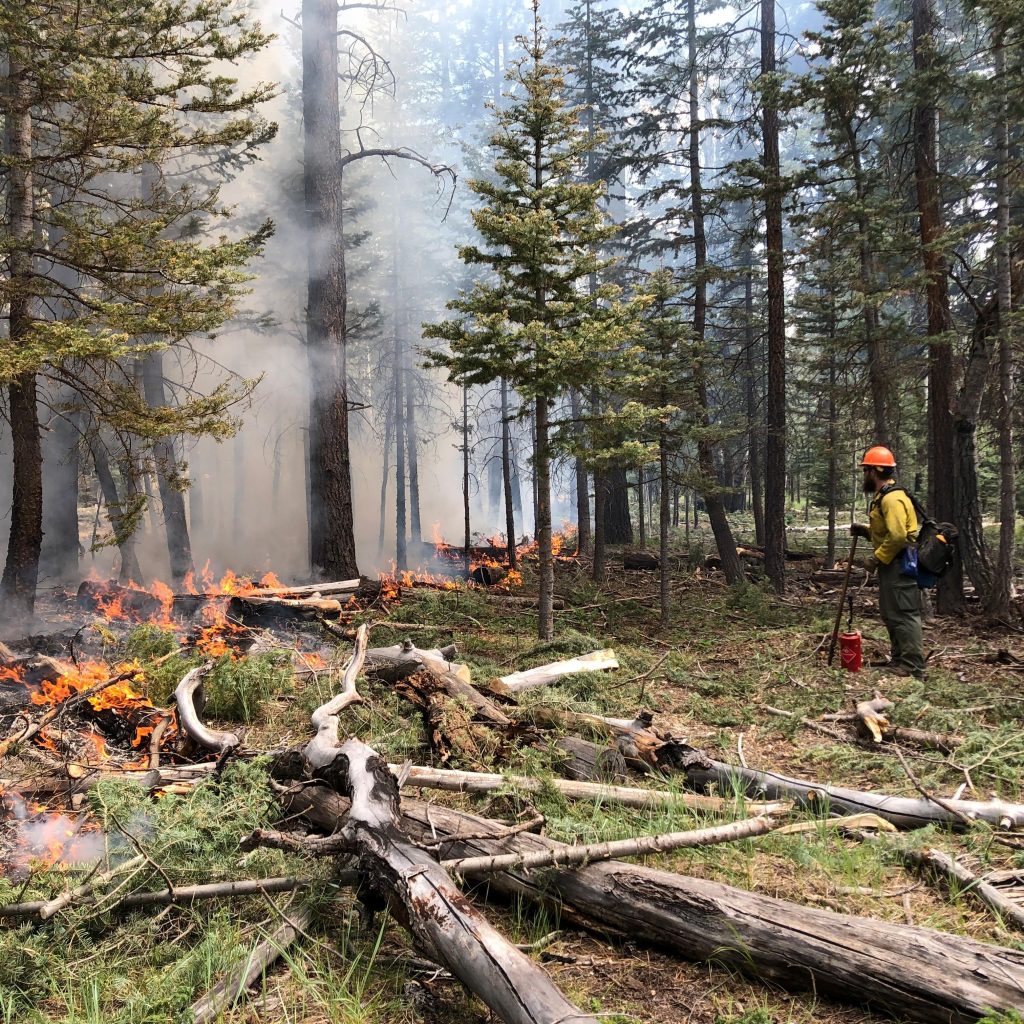 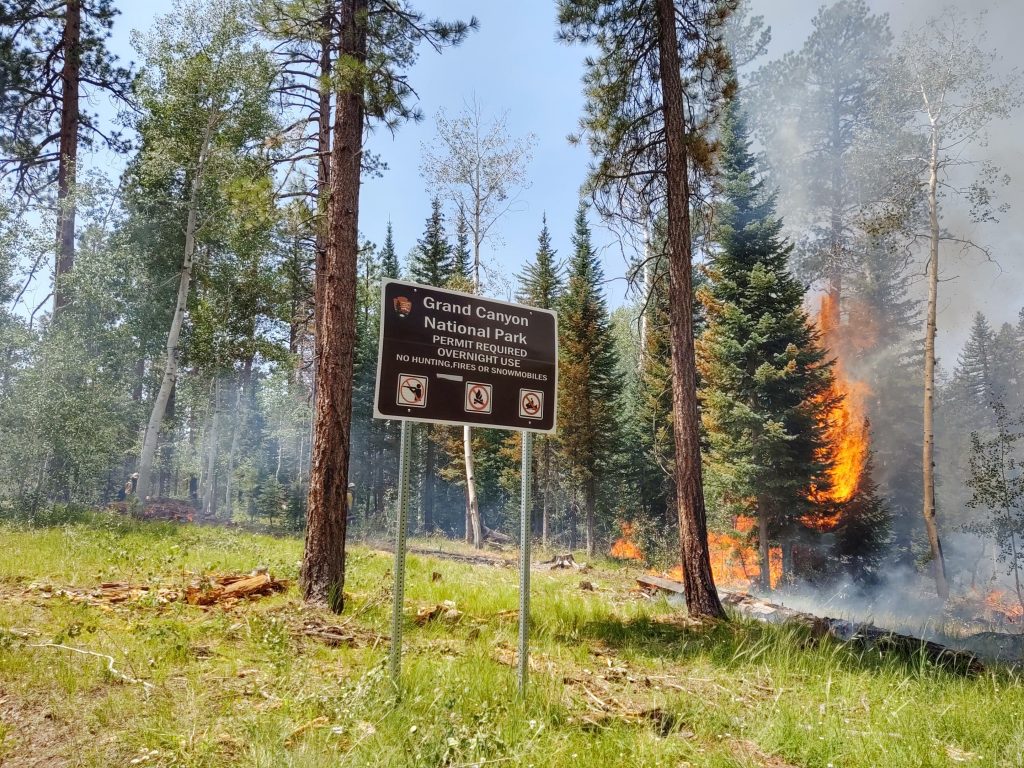 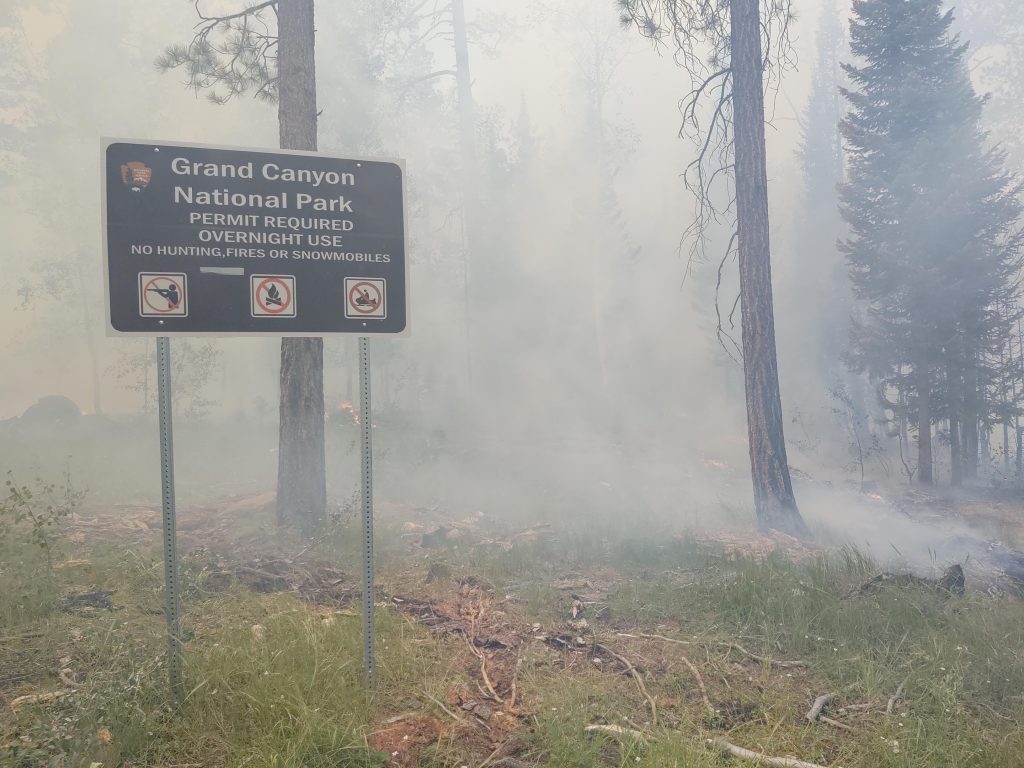 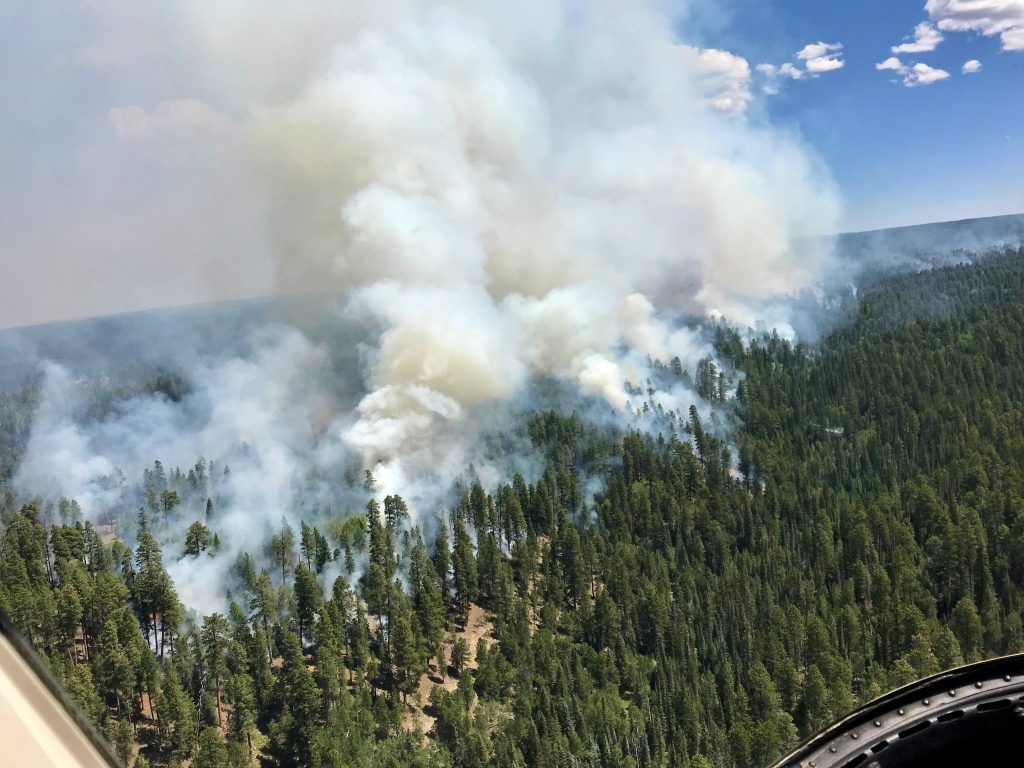 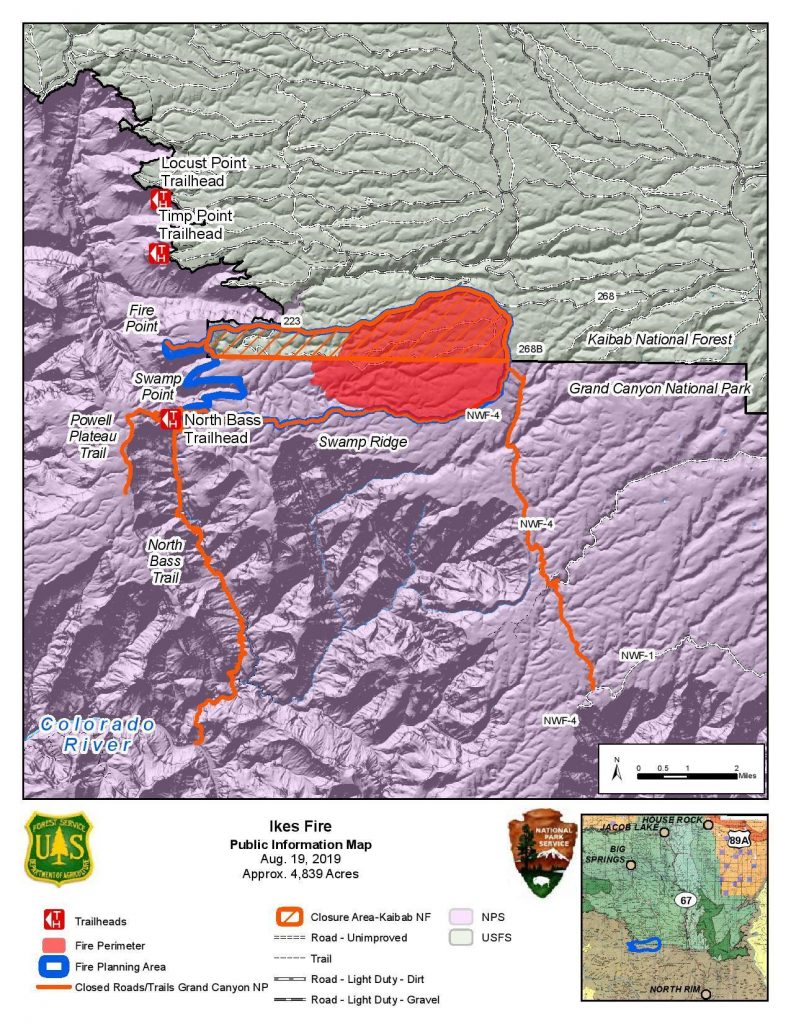 Map shows the perimeter of the Ikes Fire as of Aug. 19, 2019 | Image courtesy of InciWeb, St. George News

UPDATED: Angels Landing Trail in Zion fully reopens after being closed for part of day