ST. GEORGE — A locally owned farm in Rockville is preparing to harvest their first crop of hemp, a plant used for its fibers and medicinal qualities.

The farm, Zweedles and Bees, planted the first crop in May, and owners expect to harvest it by mid-October.

The plants are being grown solely for the flowers they produce, which contain cannabidiol, or CBD, which is often made into an oil that can be used to treat pain, anxiety disorders and other medical conditions.

“Right now, primarily what we will be growing it for is the flower. It produces a lovely oil, when properly extracted it can be very beneficial,” owner Melanie Madsen said. “Hemp is an extraordinary plant.”

Because of the plant’s association with marijuana, many Rockville community members had questions about the operation, so the farm’s owners and growers attended a town council meeting on Wednesday to answer them.

Hemp is not the same as marijuana. While they’re both a form of cannabis, marijuana has a high percentage of the THC chemical, while industrial hemp has a high percent of CBD, which doesn’t produce the high of THC. Legally, hemp must contain less than 0.3% THC, so it doesn’t cause the same effect when ingested.

“You can smoke it until the cows come home, but all you’ll get is very sick,” farm landowner Sherry Teresa said.

While hemp can be used to make things like paper, fabrics and even concrete, the primary market for the plant in the U.S. is currently for CBD oil.

Madsen said they aren’t discounting the other possible uses of hemp.

“If we can use all parts of the plant we want to,” she said.

The farm will grow, harvest and dry the plants before selling the flowers to a processor. The rest of the plant will be recycled as mulch.

Madsen was first drawn to growing hemp after witnessing her father, who died of cancer in October, suffer the side-effects of opioids he had been prescribed for pain.

“At some point, we got him on CBD, and that changed my mind about everything about CBD because we got our dad back,” Madsen said. “For a few months, he was pain-free for the most part. … He didn’t have the side effects and he was there with us.”

Madsen recruited her cousin, Travis Terry, to work on the agricultural side of the business. Terry currently commutes from St. George on a daily basis to work the farm, but he hopes to move his family to the Rockville area if it proves to be successful.

The pair partnered with Teresa, who provided the majority of the land for the 7-acre farm, which is located on three different plots of land throughout Rockville.

Teresa previously used her property to grow alfalfa for her horses, earning around $4,000 a year from selling her excess crops. But for a farm that costs nearly $40,000 per year to run, she decided it was time to look for other growing options.

As the first to attempt growing hemp in Rockville, Terry is actively learning how to cultivate the crop in the warm climate and has consulted with a number of other Utah hemp farmers.

“This is an experiment,” Terry said. “We’re growing among one of the hottest climates that I know of. … But it seems to grow just fine.”

A number of hemp farms in Utah have been plagued by crickets that have destroyed large portions of their crop, he said. Not only that, but there have been cases of hemp mites, which exclusively eat cannabis plants, according to the Nevada Department of Agriculture.

Terry was able to identify a hemp mite infestation early on and used a mild pesticide to save their crop.

“We are feeling very, very grateful right now because we are one of the few people who can claim some success,” Madsen said.

Madsen said that one of their goals is to avoid using chemicals on their plants at all cost, something that is made easier to achieve because hemp is known for naturally repelling a large number of pests.

The plant also chokes out unwanted weeds and needs very little water, using around 12 inches of water in an entire growing season, which is about 30% less than a crop of alfalfa typically uses, Terry said.

The plant is highly regulated both federally and by the state, requiring them to be licensed on a yearly basis. License holders must undergo a background check before being allowed to grow hemp, and the plants are tested by the Utah Department of Agriculture and Food at least twice a year to make sure that the levels of THC in the plants are below 0.3%

Zweedles and Bees’ plants are currently entering the flowering phase, and the UDAF will soon come to test the levels of THC and CBD of the flowers of several plants on each parcel of land. The testing involves measuring the chemicals from a flower at the top, which contains the highest levels of both chemicals, as well as from the middle and bottom of the plant. Then they average the numbers from all three flowers to determine the total.

If the tests come back positive for THC levels higher than 0.3% but lower than 1%, the state will step in to help the farmer try to reduce it.

Ensuring that the level of THC in the plants is below the legal amount starts with purchasing the seeds for the annual plant.

The seeds for Zweedles and Bees were purchased from Centennial State Distributors, Terry said, who provide a full chemical analysis of the female plant that the seeds came from. Seeds typically grow a plant with similar chemical characteristics to its mother plant.

Most of the plants on the farm are female. Any male plants that pop up have been swiftly removed. They have been trying to avoid allowing their plants to become pollinated, as it tends to lower the quantity of the CBD in the flower.

However, Terry will be hand-pollinating a small number of plants on the farm with the intent of saving a few seeds of his own for next year’s crop. 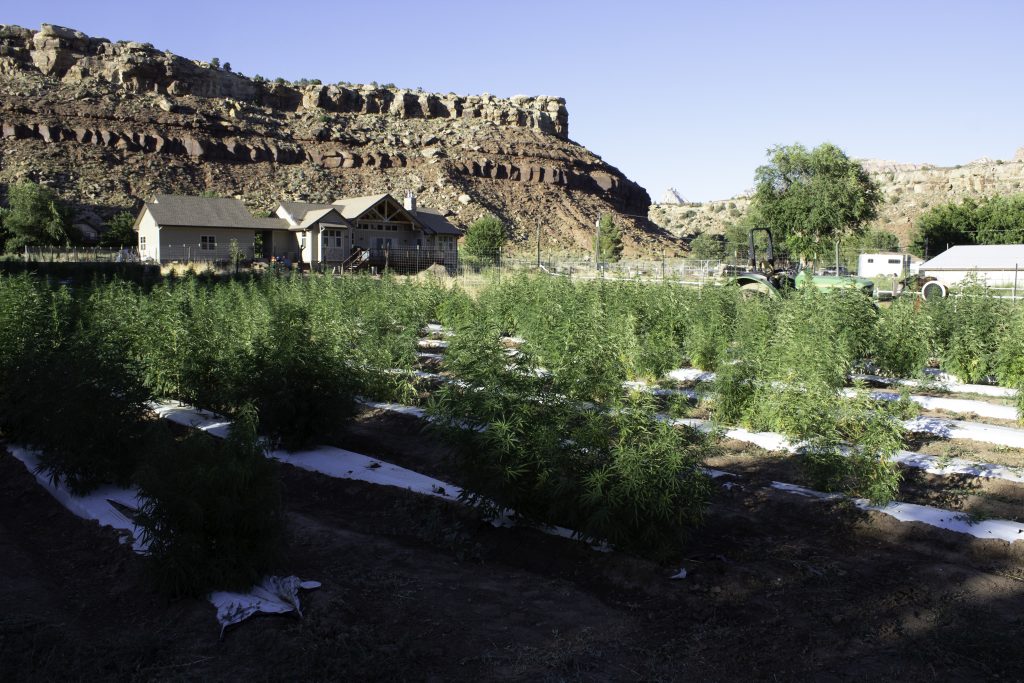 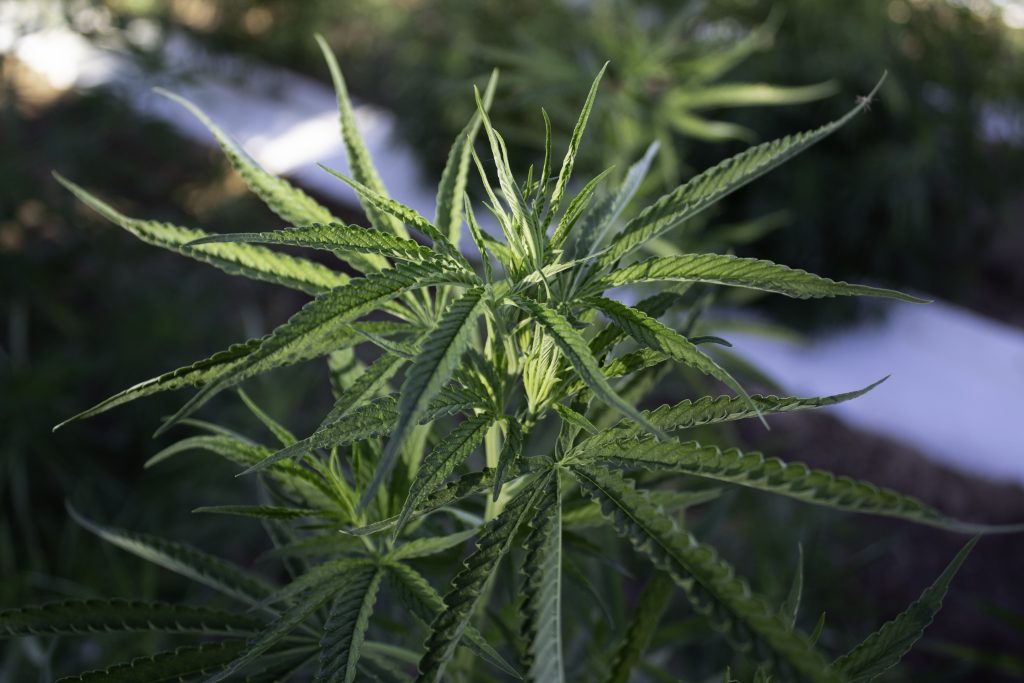 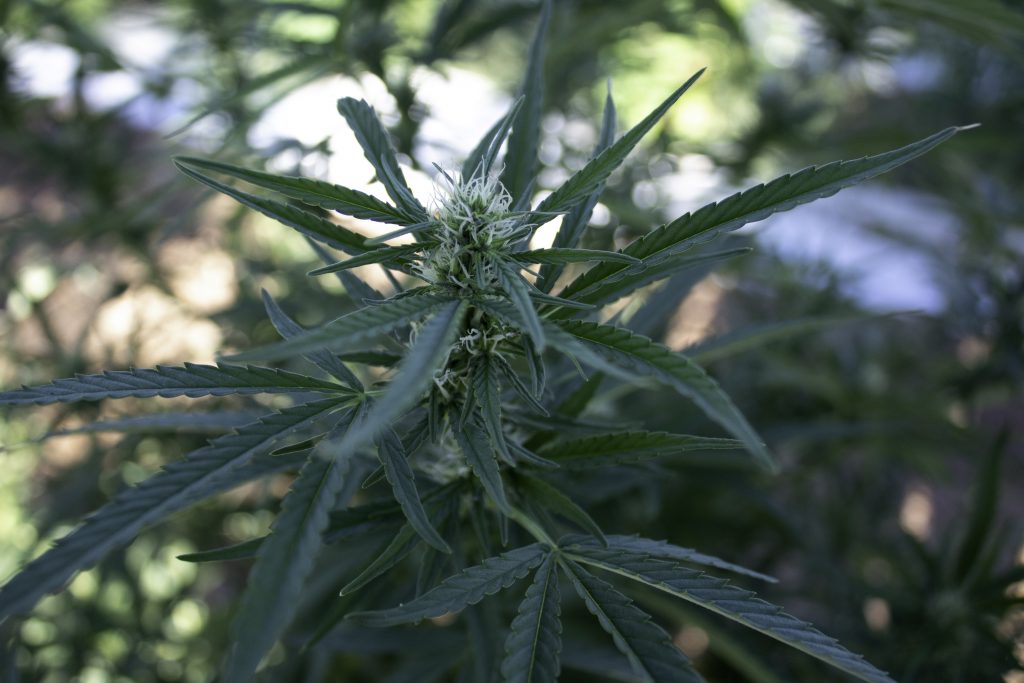 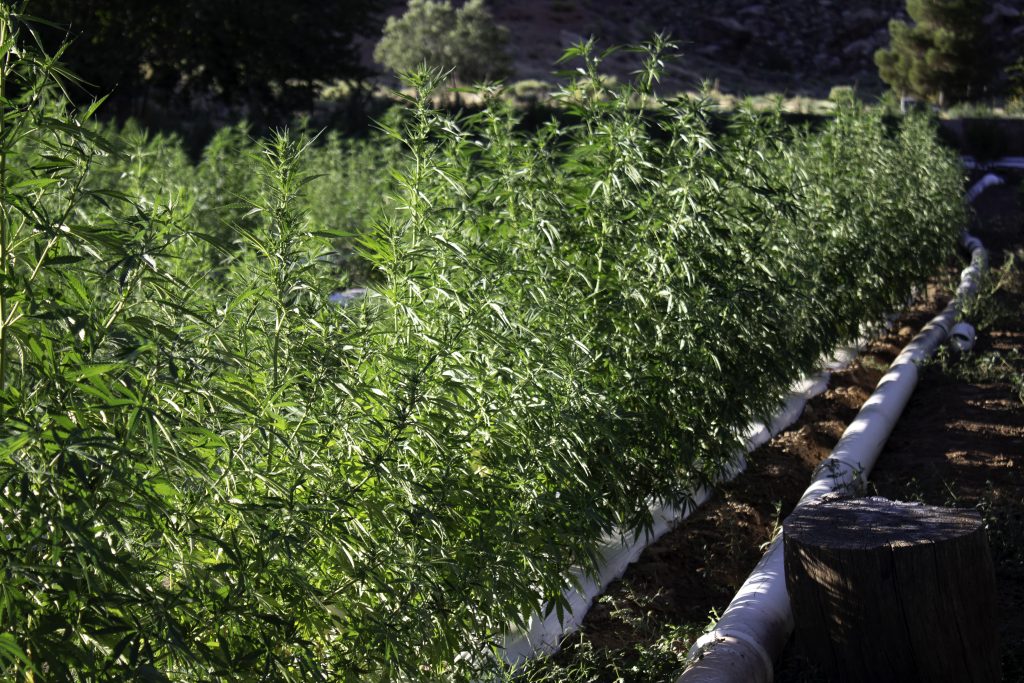 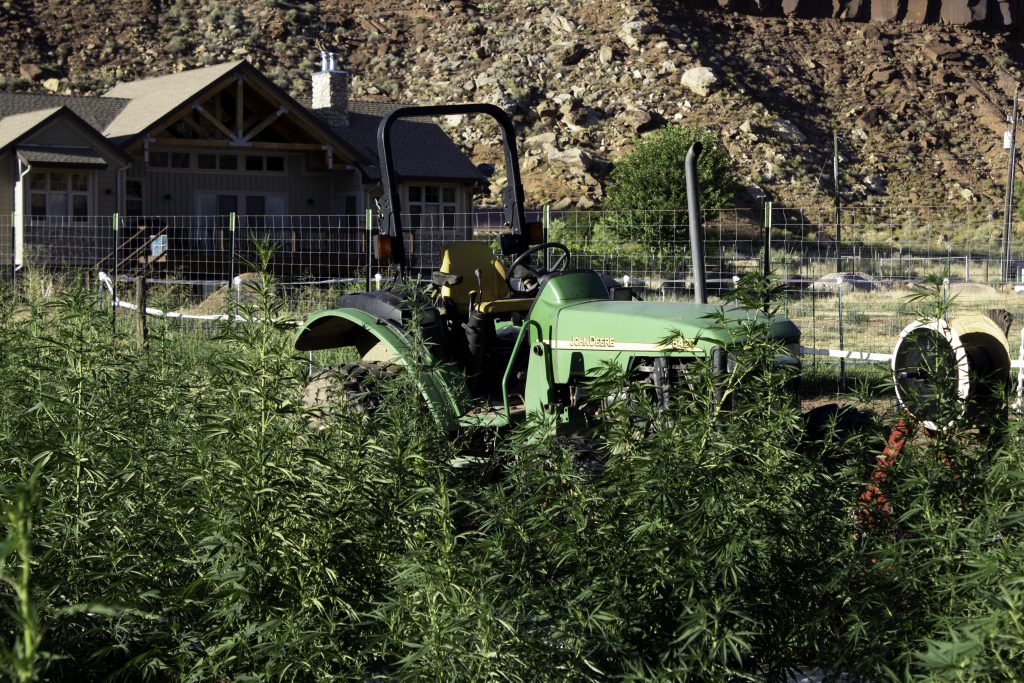 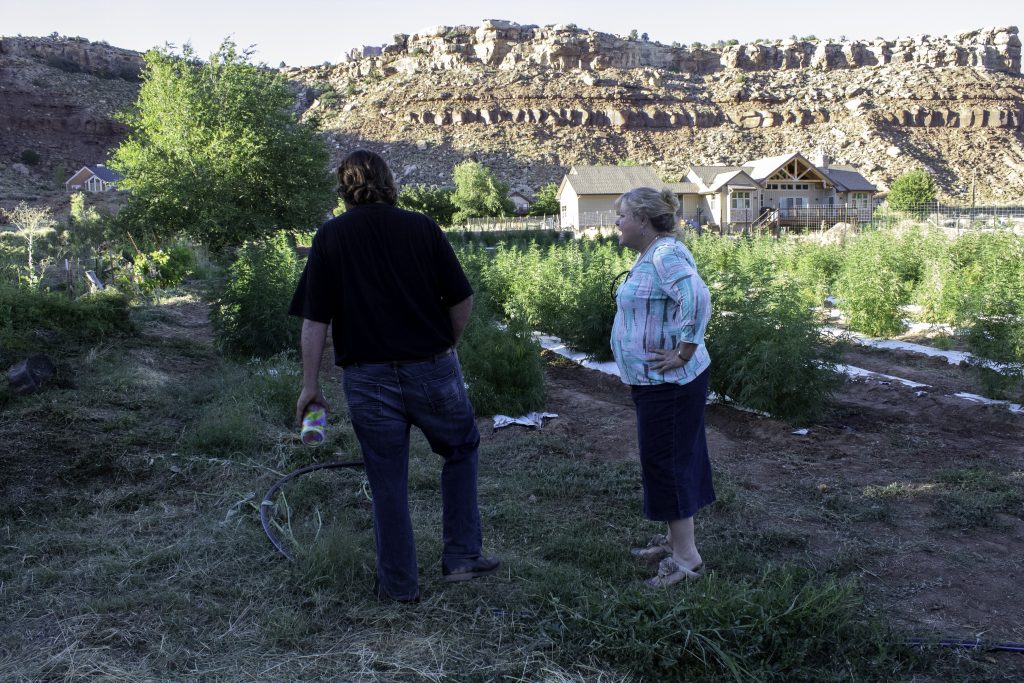 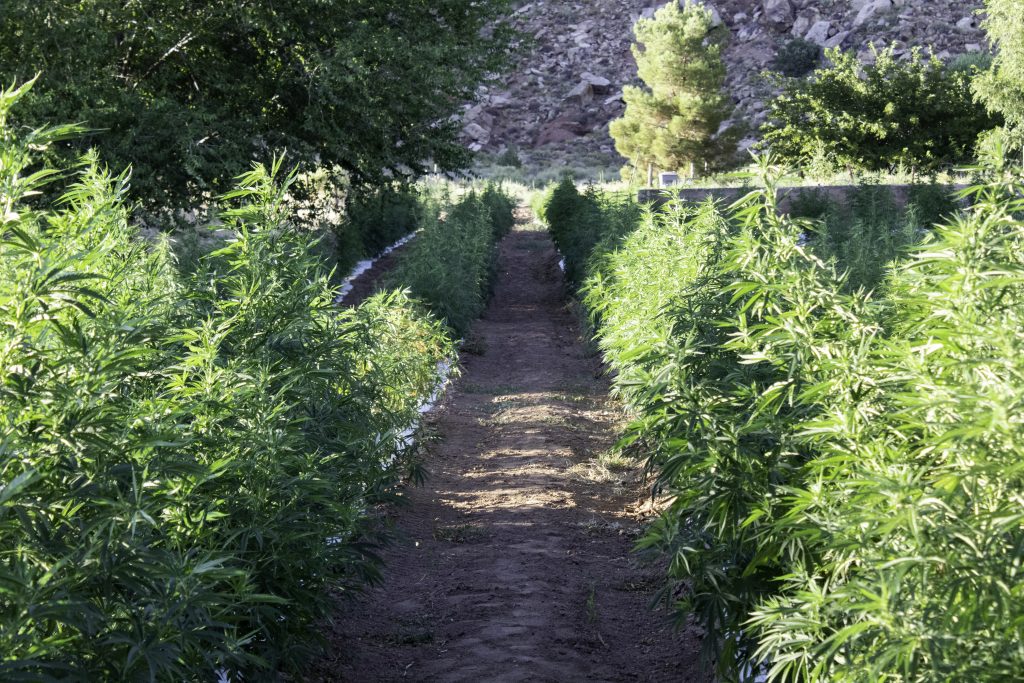