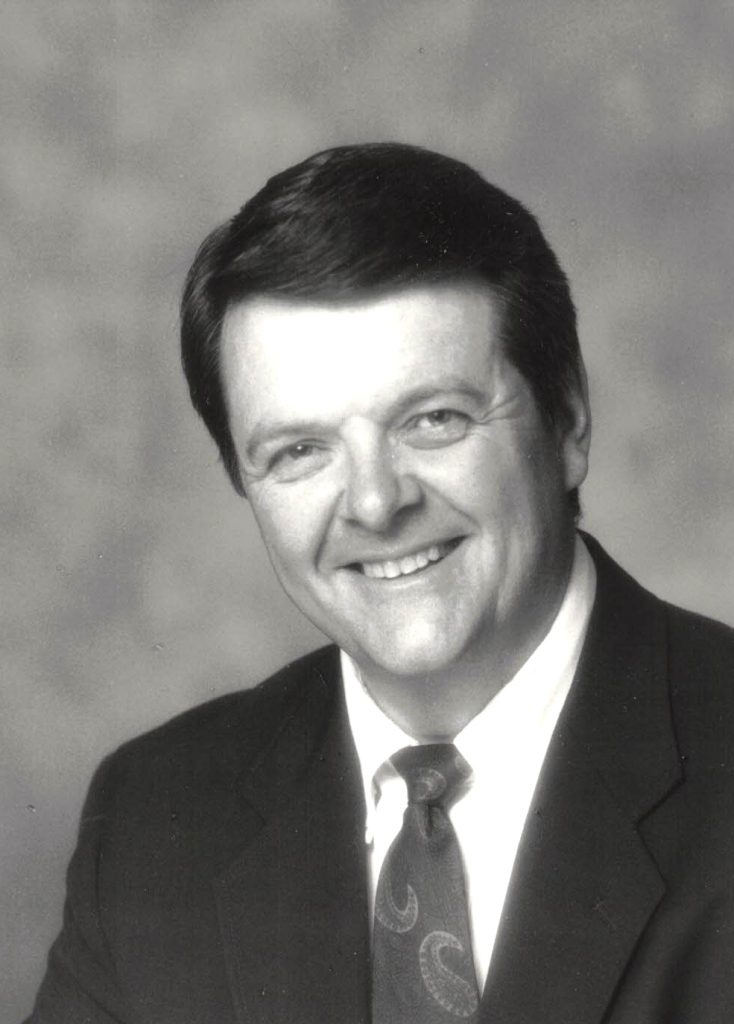 Edward Vincent “Vince” Clayton, our caring and devoted husband, father and grandfather, passed away unexpectedly at home on Aug. 8, 2019, in St. George, Utah, at the age of 76.

Vince was born on Dec. 9, 1942, in Los Angeles, California, to Edward Clayton and Beth Ross Clayton. When Vince was 7, his family moved to Salt Lake City where most of his childhood memories were made. Vince graduated from Granite High School and after graduation served in the Army Reserves.

Following this, he was called to serve as an LDS Missionary in the Northern Mexican Mission during which he served as the 2nd Counselor to the Mission President. During the two years Vince was in Mexico, he grew five inches and returned a different man.

Upon returning home, Vince attended the University of Utah, graduating in 1968 with a bachelor’s degree and then continued on to receive his MBA. During his time at University of Utah, his best friend set him up on a blind date with Janet Nielsen. Vince and Janet dated and then married on Sept. 1, 1965.

After graduation, Vince and his growing family remained in Salt Lake City where he worked for Christensen Diamond. In 1972, Vince was offered a job with Proswood which began his life’s work in the building and real estate business. In 1987, he went to work for Defazio & Associates in Dover, New Jersey, where he continued to use his vast knowledge and experience in the building industry.

In 1992, the family returned to Utah, this time finding themselves in St George. For the next 24 years, Vince worked for Ence Homes, where he played an integral role in the success of an existing building company continuing on as an experienced and knowledgeable asset to assist the new owners in the successful expansion of the company.  His area of expertise was in land acquisition and real estate, and he loved his job. He worked as long as his body would allow, until finally retiring in 2017.

Vince was an accomplished fisherman who taught all of his children to fish. Tending to his fruits and vegetables in his garden, no matter the size, was one of his most rewarding pastimes. Vince loved to have fun and to tell stories about anything. He was a humble and happy person who could and would talk to anyone. He was not afraid to be silly and once won a free chicken meal by doing the best chicken dance in the deli section of his local supermarket.

He was a dedicated father and priesthood magnifier who loved the scriptures and created a wealth of gospel writings and insight that he shared with his gospel doctrine classes and priesthood quorums. He was an active and dedicated member of The Church of Jesus Christ of Latter-day Saints and held many offices and callings, including Bishop of the Union 18th Ward in the Willow Creek Stake in Sandy, Utah. Vince loved the gospel of Jesus Christ and was a natural teacher who shared his testimony of Jesus Christ freely and with conviction.

Vince lived for his wife Janet who was his greatest joy. Together they raised their five children and later welcomed three of their grandsons into their home and continued to raise them for the next nine years. Because of these tremendous blessings, Vince fulfilled his greatest mission as a husband and father. He is remembered as a fun and loving father who always had time for his children. He took his children sledding, fishing and camping. He was a priesthood leader in their home and taught his children the love of Christ through word and deed.

He is survived by his loving wife of 53 years, Janet, and his five children, Darin Clayton, Christina Christiansen (Keith) of Farmington, Heather Lewis of St. George, Kesler Clayton of St. George and Allyson Smith of St. George. He is also survived by 14 grandchildren and 3 great-grandchildren, his sister Kathy Turner (Don) of Moses Lake, Washington, and brother Dwight Clayton (Leta) of Montana. He is preceded in death by both his parents and his brother, Ross Clayton.

Friends and family are invited to sign Vince’s online guestbook at www.spilsburymortuary.com.