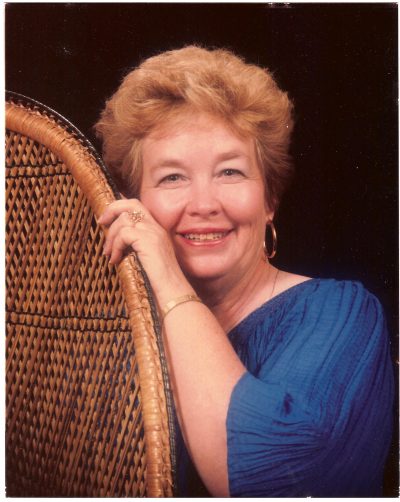 Clarice married in 1951 and raised three children. She is survived by her two sons, Kevin (Lori) Las Vegas, NV and Doug (Becky) Cedar City, UT, along with twelve grandchildren and twenty three great-grandchildren.

She was born at home during the great depression. Life was tough and she learned to make do with little. Hers was a simple life growing up in what was then, rural Layton, Utah. Her family lived on several acres where her father raised alfalfa and vegetables. Her mother raised flowers, petunias, iris, and gladiolas. This taught her to love color and enjoy the simple things in life. Her uncles, aunts, cousins, and grandparents all lived within walking distance. She spent many hours visiting and playing with them. She attended school is Clearfield and Kaysville, graduating from Davis High School in 1950.

As a young teenager she babysat for twenty-five cents an hour. Her first paying job was at the Layton movie theater. She also picked cherries by climbing the trees – no ladders for them. She later worked at a canning factor peeling hot, steamy tomatoes; she was awarded a cookbook for a job well done.

Later in life she spent many hours crocheting colorful afghans and then gave them away to family and friends. She spent many more hours sharing this skill with grandchildren who have further developed this talent.

Clarice had a love for music, often playing opera or classical records for hours on end. As a child she had always dreamed of taking piano and dance lessons but was never able to, so she saw to it that her children did. Each learned to play the piano and she even had her sons take tap dancing lessons. Her legacy in the family are the numerous Christmas stockings she designed and made for each child, their spouses, grandchildren, and great-grandchildren. Each is a treasure that will be cherished for years to come.

Clarice enjoyed people and simply being with them. She enjoyed being with children, especially her grandchildren, teaching them, whether it was in a primary classroom or outdoors. She would show them the beauties of this world and teach them to appreciate God’s creations.

Her passing must have ignited a wonderful family reunion as her parents, sisters, brothers and daughter, Cheryl (Karl Cram) have preceded her in death.

A very special thanks to the wonderful staff at the Beehive Assisted Living Home for their tender and loving care these past few months. In keeping with her wishes, a private family gathering will be held in St. George, UT.