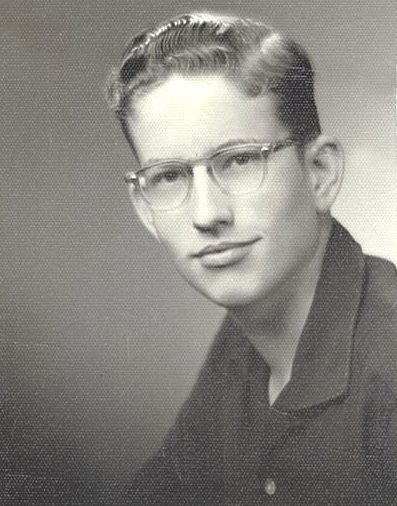 David grew up in Caseyville, Illinois, and graduated from Collinsville High School. After graduation, David joined the United Stated Navy serving in Navy Aviation and was stationed at NAS Lake Hurst, New Jersey, for two years of active duty. His duties as Airman was launching Navy dirigibles to search the Atlantic Ocean for foreign vessels. After active duty, David served six years in the Navy reserves.

Following his time in the Navy, he relocated to California and worked as a mason in construction for over 40 years.

His hobbies included riding and being a trail guide for several years on his faithful horse, Sundance. Later he obtained his private pilot license for small aircraft and enjoyed being up in the sky. After retirement he enjoyed growing tree and desert plants in his small yard.

David is survived by his sister, Gail (Don) Baldwin of Eddyville, Kentucky and Elizabeth (Chester) Simpson, of St. George, Utah. He was preceded in death by his parents Clemence (Slim) and Mary Cox.

The family would like to acknowledge the special care given by Southgate Senior Living Solutions and hospice by Integrated Senior Care. Arrangements are made under the direction of Spilsbury Mortuary, 435-673-2454. Friends and family are invited to sign David’s online guestbook at www.spilsburymortuary.com.