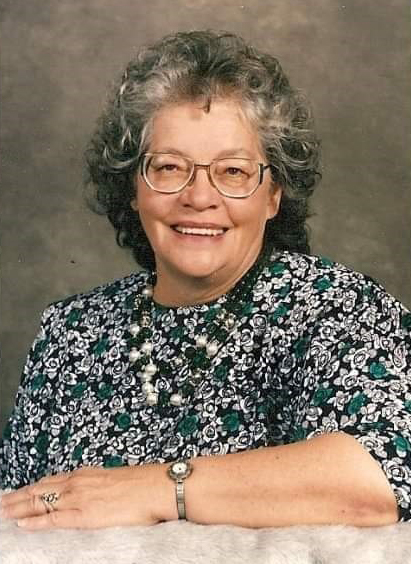 Myra Kunz Tolman, 88, passed away peacefully in St. George, Utah, on July 30, 2019, after a courageous battle with a long and extended illness. She was born at home to Rhea Allred and Morris Q. Kunz in Boise, Idaho, on April 10, 1931.

At Davis High School, she was active in forensics, winning awards in oratory and debate. One of her memories was when in high school debate competition she beat Paul James, Utah’s illustrious radio and TV broadcaster. She was also a gifted writer and won first place in a short-story writing contest. She graduated with high honors in 1949, and subsequently spent one quarter studying at the old Weber College campus in Ogden, where she continued to excel in debating.

She married in 1950 and raised a family of seven children — Mary, Rowena, David, Kathleen, Paul, Laura and Brian. In addition to mothering them and making many of their clothes, she spent numerous successful years in the business world as an executive secretary and office manager. She later traveled throughout the Intermountain states as a sales representative for an optical company.

In her later years, she found happiness when she met and married Sterling B. Tolman. Before he passed away, they enjoyed a trip to Switzerland.

She is survived by her seven children, numerous grandchildren and great-grandchildren, as well as many others who came to the knees of loving “Grandma Myra.” Her surviving siblings are Donna K. Mackert, Charlotte K. LeBaron, M. David Kunz, John T. Kunz, L. Samuel Kunz and Karen K. McBride, as well as a large and extended family.

Special thanks go to Shem L. Mackert, as well as to Alvin S. Barlow Sr. and other friends too numerous to list for the loving care and support that they gave to Myra during her last illness.