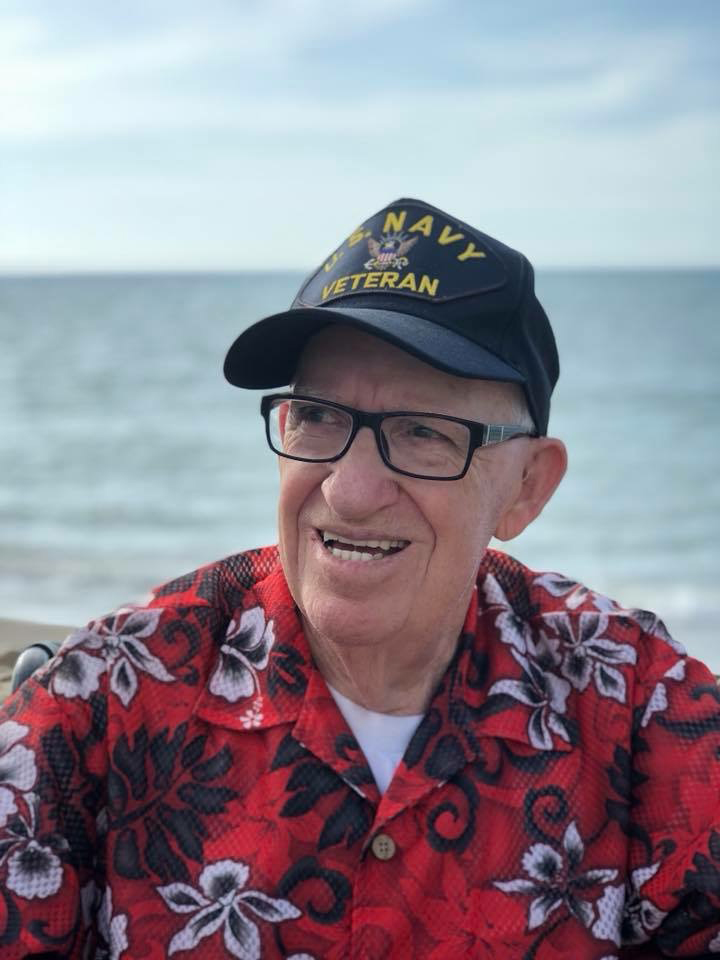 Freddie Lane Welch, 82 years young, graduated peacefully to his next life on July 31, 2019, at his home.

Freddie and his eight siblings worked alongside their parents as sharecroppers, picking cotton and living off of the land, relocating multiple times throughout the southern states. Due to this lifestyle, Freddie was only able to receive an 8th grade education, but he went on to earn his GED prior to joining the U.S. Navy.

He enjoyed his active duty years serving in both California and Japan, as well as his time aboard the USS Nereus, working numerous jobs, including postal worker. He then served in the Marine Reserves and Army National Guard. He was honorably discharged and was always proud of his time in the military.

Freddie chose to serve a two year mission for The Church of Jesus Christ of Latter-day Saints in the California Mission, which also covered parts of Nevada and Arizona. Following his mission, he began his career in the United States Postal Service.

He married Jacquelyn DuVall Morris and together they had two children. After their divorce, he moved to Utah, where he met his 2nd wife and love of his life, Jeanne Belle Boyd. They married on Nov. 24, 1971, in the Salt Lake Temple. Together they raised his two daughters, which Jeanne adopted, and had 5 more children together.

Freddie retired from the Post Office after 30 years, working most of his time in Orem, Utah, and then in Mississippi. He loved his patrons and made sure to watch for important packages they were expecting and deliver them quickly. He was a faithful member of The Church of Jesus Christ of Latter Day Saints, serving throughout his life in various callings, from Primary Teacher to Ward and Stake Missionary to a counselor in the Branch Presidency, as well as being a temple worker.

He was the biggest fan of BYU and watched any game he could no matter the sport. He loved waking his kids up by singing the BYU fight song at the top of his lungs. He was also blessed to do a little traveling, visiting Hawaii, Mexico and the Bahamas, as well as much of the United States, but the kids all remember the summer family camping trips and continue that tradition when possible.

Freddie hated roller coasters, so Lagoon was not at the top of his favorites list, but he always went along to make sure the kids had fun. He loved his bacon cheeseburgers, fries and would eat ice cream every day if he could. He loved golfing, playing dominos and cards, hanging out at Costco and looking for treasures with his metal detector.

His life revolved around his family and making sure that his wife and seven children were supported and happy, and he was a great example of what a father should be. We love you Daddy and look forward to spending eternity with you as a forever family.

Freddie is survived by his wife of almost 48 years, Jeanne Boyd Welch, and his seven children: Jacquelyn Michelle (Scott) Lapham; April Louise (Leigh) Doby; Freddie Andrew (Sara) Welch; Jennie Anne (Anthony) Grantham; Brandon Boyd (Roxanne) Welch; Bobbie Jean (Greg) Edmondson; Mark Ervil (Diana) Welch, and Foreign Exchange son Ignacio Alejandro (Carolina) Maya, as well as 25 grandchildren and the first great-grandchild due in December. He is also survived by his sisters: Sharon (Gary) Davidson; Glenda Pederson; Mickey (Dale) Tribble; Sandy Warren; and Jackie (Lennie) Luther. He is preceded in death by his parents, Dallas and Ruby Welch; his brother Ervil Welch; and 2 sisters who died as children, Bobbie Jean and Vickie Welch, as well as numerous other family members and friends who we know greeted him on the other side.