MOHAVE COUNTY, Ariz. — Seat belt use likely saved the lives of four individuals involved in a rollover crash that brought a battalion of emergency vehicles from Utah and Arizona to the scene after a pickup truck struck a passenger car stopped on the shoulder of southbound Interstate 15 Saturday.

Shortly before 9 p.m. MDT emergency personnel were dispatched to a two-vehicle crash on southbound I-15 just beyond the Utah/Arizona state line near mile marker 28. The incident involved a white pickup truck pulling a small trailer and a black Chrysler 300.

Arizona authorities worked to clear the outside lane and reopen it for travel as Utah Highway Patrol troopers responded to assist.

Responders arrived to find the Chrysler wedged into an embankment off the right shoulder while the pickup truck was located off the left shoulder facing in the opposite direction of traffic. The trailer separated from the truck during the crash and was found resting against the front of the vehicle.

As it turned out, the occupants in the Chrysler were visiting the area from Italy as part of a two-week vacation to the United States. They both reported they were uninjured in the crash, while a passenger in the pickup truck reported minor injuries but declined transport to the hospital.

The man driving the pickup truck told police he was traveling southbound when he swerved to avoid hitting a white vehicle that was “driving recklessly,” Arizona Highway Patrol Trooper Tom Callister said, and struck the Chrysler at close to freeway speed that was stopped on the right-hand shoulder before careening to the left across both lanes of travel where it hit the soft shoulder and rolled.

“The driver said he had a collision with the reckless driver but the vehicles never actually impacted,” he said.

Callister added there were no other witnesses that came forward to support the driver’s claims, nor were there any 911 calls reporting a reckless driver or any vehicle similar to what was described before or during the crash.

Meanwhile, the two women in the Chrysler were stopped on the right-hand shoulder waiting for traffic to clear so they could get back on the interstate heading south toward Mesquite. That was seconds before the pickup struck the rear of the Chrysler and pushed the passenger car forward with enough force to send it halfway up a 10-15 foot embankment.

The position of the vehicle was such that firefighters had to place large hydraulic jacks on the driver’s side of the car to keep it from rolling over onto its roof until the wrecker arrived to pull it back onto the shoulder before removing it from the scene.

The travelers told troopers they were leaving Utah and decided to stop and take photos of the Arizona State sign before continuing south to a hotel in Mesquite, Nev., and pulled well off the road during the photo stop and were waiting for traffic to pass when the incident took place.

A passing motorist who witnessed the crash pulled off the highway and checked on the occupants, and then remained at the scene to assist the Italian visitors in making hotel arrangements in St. George for the night, as the rental car they were driving was destroyed in the crash.

Callister said that even though the visitors were met with a crash as they entered Arizona, which “certainly isn’t the way to welcome anyone into any state,” every effort was made to ensure they were safe and taken care of at the scene.

All four occupants were properly restrained at the time of the crash, and “that right there is what saved these peoples’ lives,” he said.

Both vehicles were extensively damaged and were subsequently towed from the roadway. The initial impact on traffic was significant with both lanes blocked immediately after the crash, but once the outside lane was reopened traffic began to move slowly past the scene. 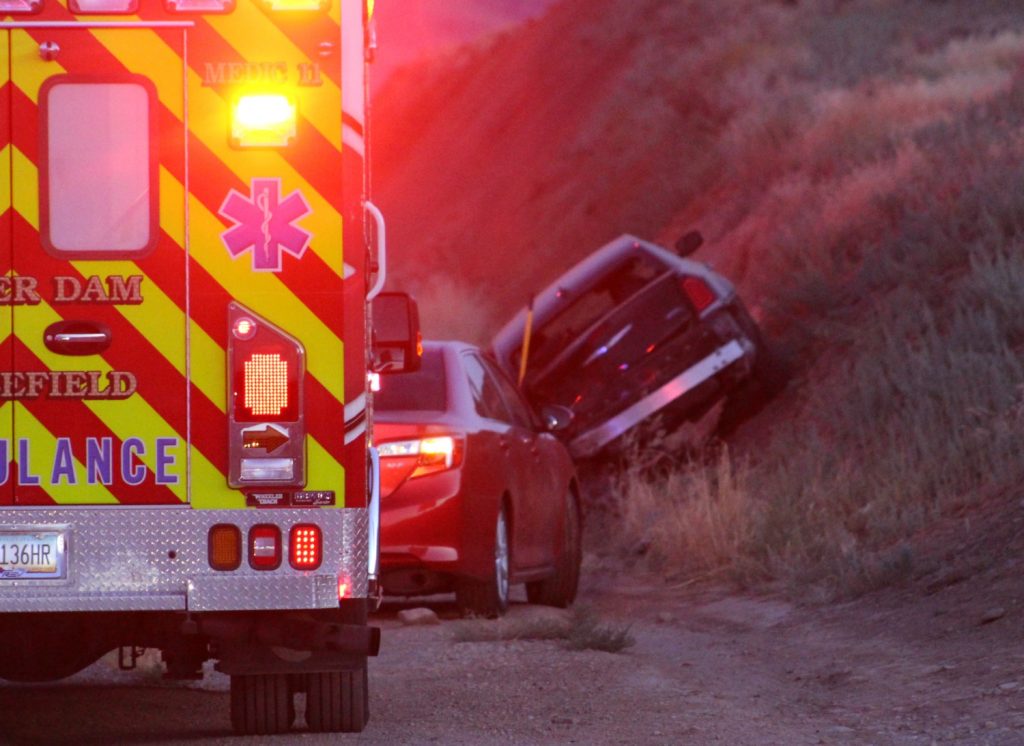 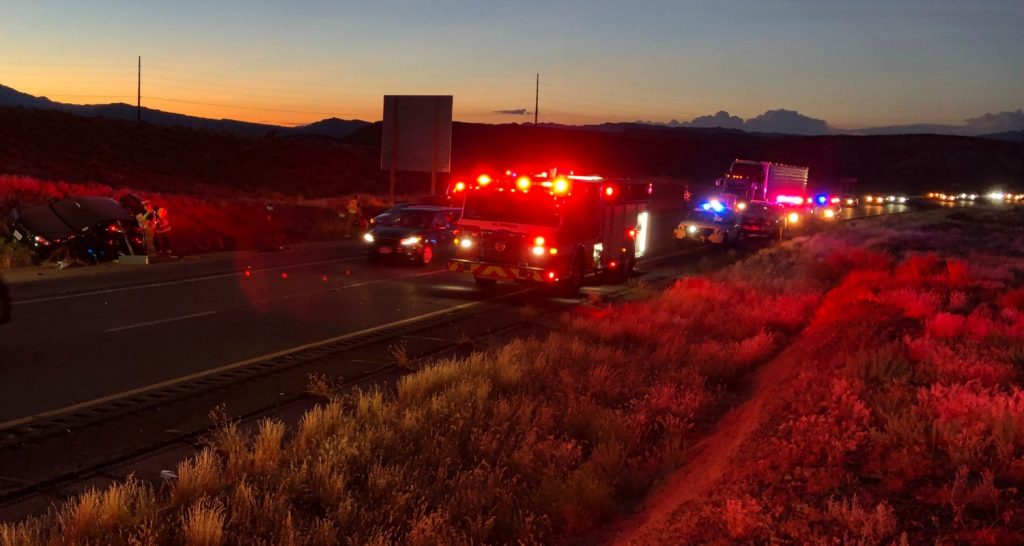 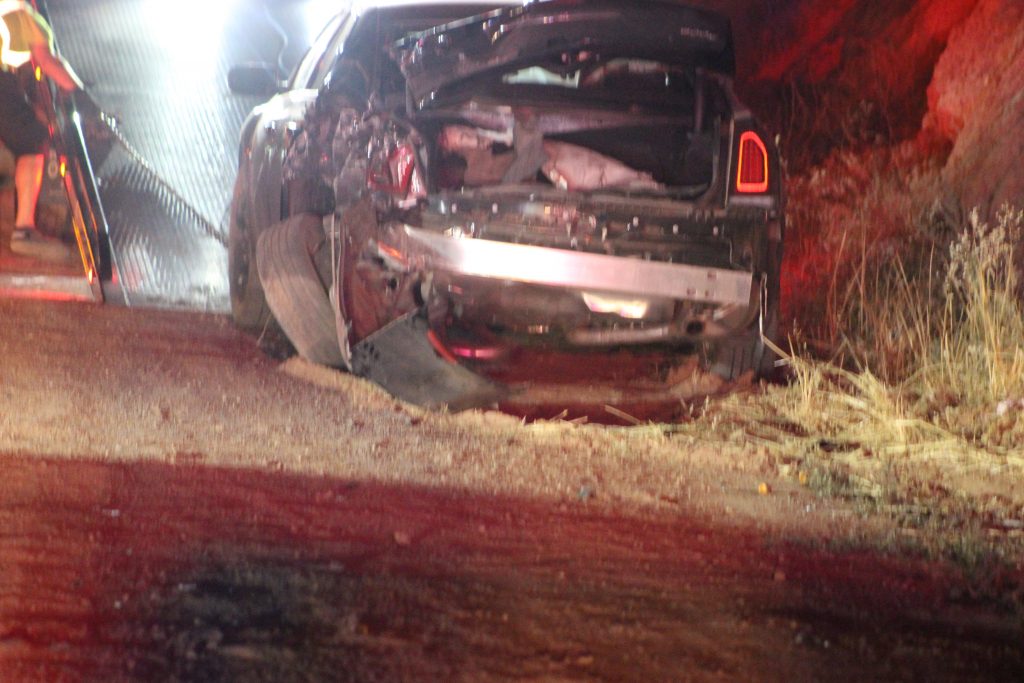 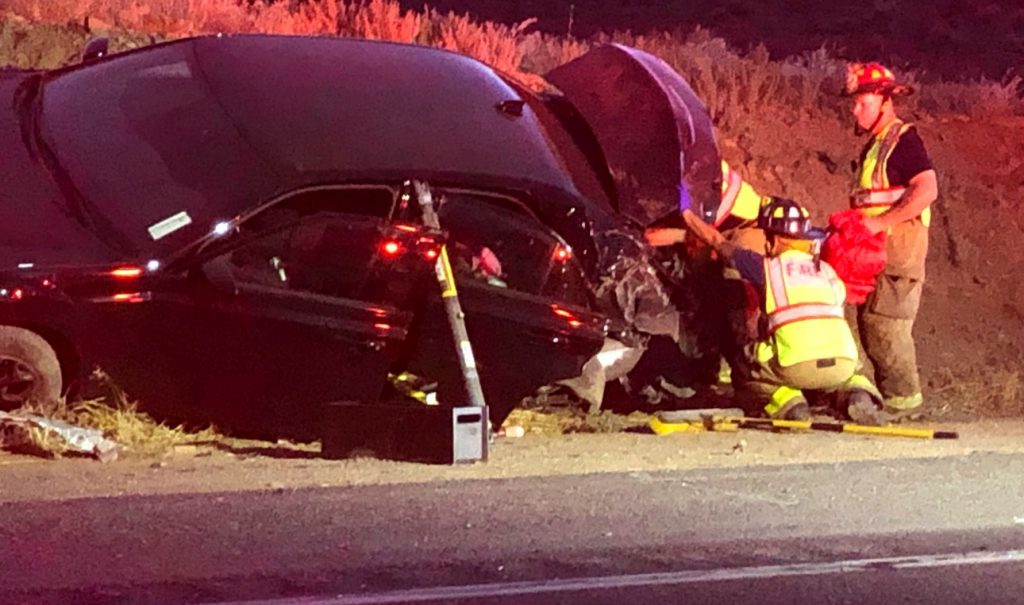 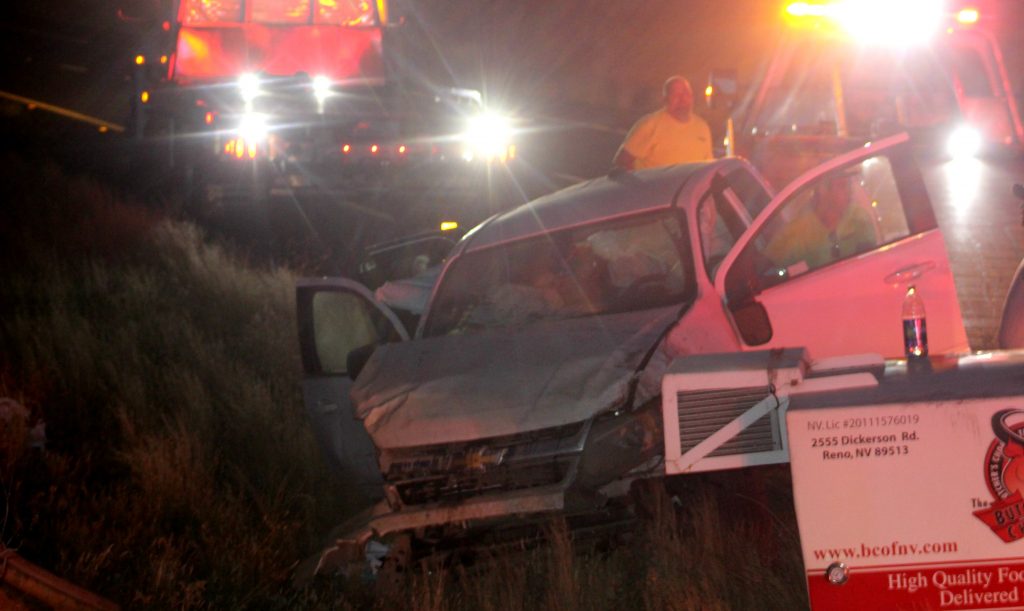 Car takes out 200 feet of guardrail, catches fire during crash on Southern Parkway

Driver airlifted following rollover on I-15 near Beaver Dam