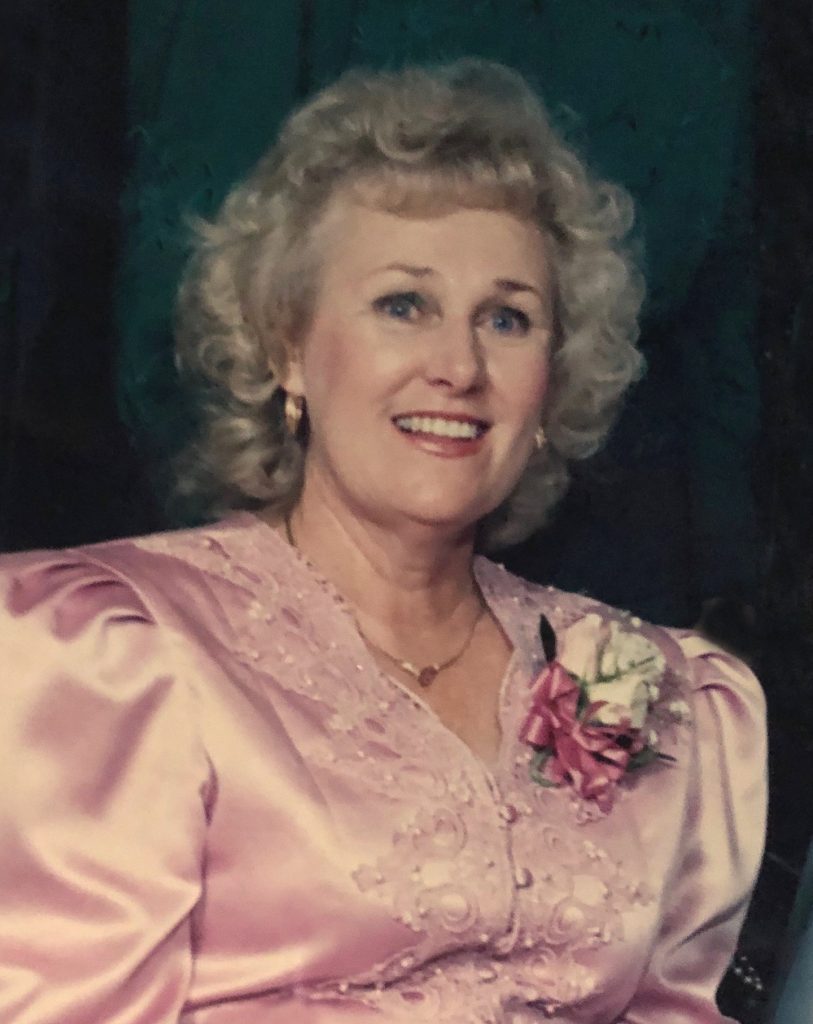 Lynn Marshall Bergen was born on April 1, 1940, in Reno, Nevada, to Walter Lamar Marshall and Gail Richardson Marshall. She passed away on July 26, 2019, at her home in Hurricane, Utah. She married Larry Dean Bergen on June 5, 1959, in the Logan Utah Temple. They had 5 children, 25 grandchildren, and 9 great grandchildren. She had 3 brothers and one half-sister.

When Lynn was 5 years old the family moved to Ogden, Utah. Shortly afterward, her father was killed while working for the railroad in a tragic accident. As the oldest living child in the family, Lynn had to take on many responsibilities. She cared for her younger siblings, worked hard, and helped her mother. She graduated from Ogden High School where she excelled in tennis and singing. As a young woman she worked as a secretary and was accomplished in typing and shorthand. Later in life she worked for Federal Express in various positions.

In 1961 she gave birth to twin girls, followed by a son, a daughter and another son. She was a devoted and busy mother to her young children. Her husband’s employment took her from Utah to Ohio, Wisconsin, California, Pennsylvania, New Jersey, North Carolina and Arizona. For many years of their marriage, Larry had long business trips, including many overseas, which meant she had to care for their young family and household on her own while he was away.

Lynn was a lifelong active member of The Church of Jesus Christ of Latter-day Saints. She held many callings in music including many years as the ward chorister, ward choir director, and pianist, and she sang many beautiful solos in church. She was also Ward and Stake Primary President and Ward Relief Society President. After retiring, they served a mission in Venezuela as temple building missionaries. They also served as missionaries for the Mesa Arizona Mission and in the Mesa Arizona Temple.

She is remembered for her cheerfulness, ability to laugh at life’s difficulties and kindness. She is survived by her loving husband, Larry, of 60 years, daughter Suzanne Halgren (Steve), daughter Dianne Bell (Dave), son Curtis Bergen (Kristi), daughter Lauri Shepherd (Lane), and son Keith (Aliece), as well as her grandchildren and great grandchildren,and two brothers Robert (Bonnie) and Michael (Terre).