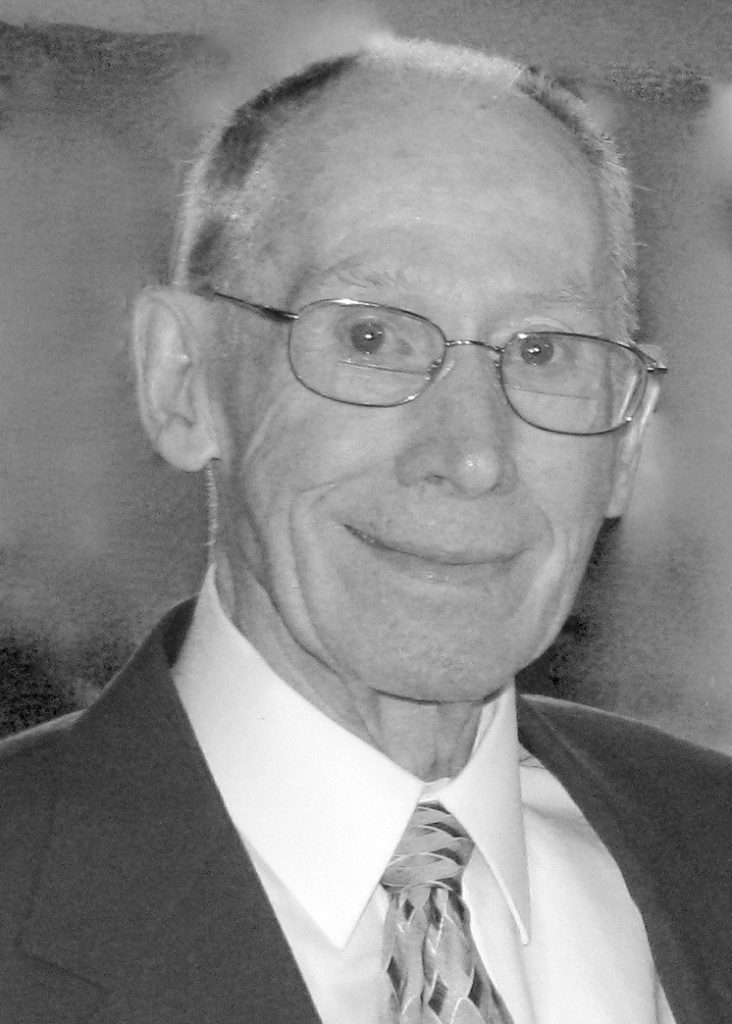 Charles William “Bill” Wonnacott passed from this mortal existence on July 24, 2019, a few days shy of his 97th birthday. He was born in Salt Lake City on Aug. 4, 1922, to Frank William Wonnacott and Annie Pearl Branch Wonnacott. He was the youngest of seven children and the last to pass away.

Bill grew up in Salt Lake City and graduated from West High School. He served in the Army Air Force during World War II. Before leaving for overseas duty, he married Winona Merrell on Sept. 15, 1944 in the Salt Lake Temple. Together they had eight children. Winona passed away on Aug. 29, 2011, after 67 years of marriage.

Bill attended LDS Business College and Brigham Young University, majoring in business administration. He was employed at the Barbizon of Utah lingerie manufacturing company in Provo from 1945 to 1963, the last nine years as general manager.

In 1963, he and his family moved to St. George where he was general manager of the new Hawthorn Finishing Company, which was the first big industrial company to come to the St. George area. In 1965 he became a vice president of that company.

In 1970 he started his own manufacturing business, Dixie Apparel, making “Hang Ten” T-shirts and children’s clothing. In 1974 he became a vice-president of Sundancer Sales. At retirement he was a financial planner and office manager for the local office of Waddell & Reed Insurance and Investments.

Throughout his career he participated in many civic affairs, including the Provo and St. George Chamber of Commerce and Kiwanis Clubs, president of the Utah County Mental Health Association, and assistant general chairman of the Provo July 4th Freedom Festival.

As a faithful member of The Church of Jesus Christ of Latter-day Saints he was always active in church service. Among his many callings in the church he served as Bishop of the newly formed BYU 30th Ward and the St. George Third Ward. He and Winona served as missionaries in the England Manchester Mission in 1990-92. Later they would serve together as ordinance workers in the St. George Temple for 10 years.

The last eight years of his life he resided at Sterling Court Assisted Living where he enjoyed the friendship of many wonderful people. There he met and fell in love with Virginia (Ginny) Mikesell. They were married on Oct. 11, 2013, and had nearly six years together.