ST. GEORGE — A driver was transported to the hospital with injuries after a two-vehicle crash on Sunset Boulevard Saturday morning. According to police, the crash was triggered by a driver who ran a red light.

Shortly after 8 a.m. officers and emergency personnel responded to the intersection of West Sunset Boulevard and Westridge Drive. The crash involved a white Toyota Prius and a white Lexus SUV. The driver of the Toyota was transported to Dixie Regional Medical Center for evaluation and treatment, St. George Police officer Andy Mickelson said.

A small dog in the Lexus made it out of the crash a little shaken but was otherwise uninjured. “The dog was panting and seemed happy and just wanted attention from mom after the crash,” Mickelson said.

Additional officers responded to the scene to direct traffic away from the crash.

After speaking with the drivers and a witness, officers determined that the Toyota was heading north on Westridge Drive while the Lexus was heading west on Sunset Boulevard.

The side airbags deployed in the Toyota upon impact. The vehicle sustained extensive damage to the rear passenger’s side. There was also significant frontal damage to the Lexus.

The Lexus driver reported she was uninjured, Mickelson said, and both drivers were properly restrained at the time of the crash.

Both vehicles were towed from the roadway and the woman driving the Toyota was later cited for failing to obey a traffic signal, Mickelson said. 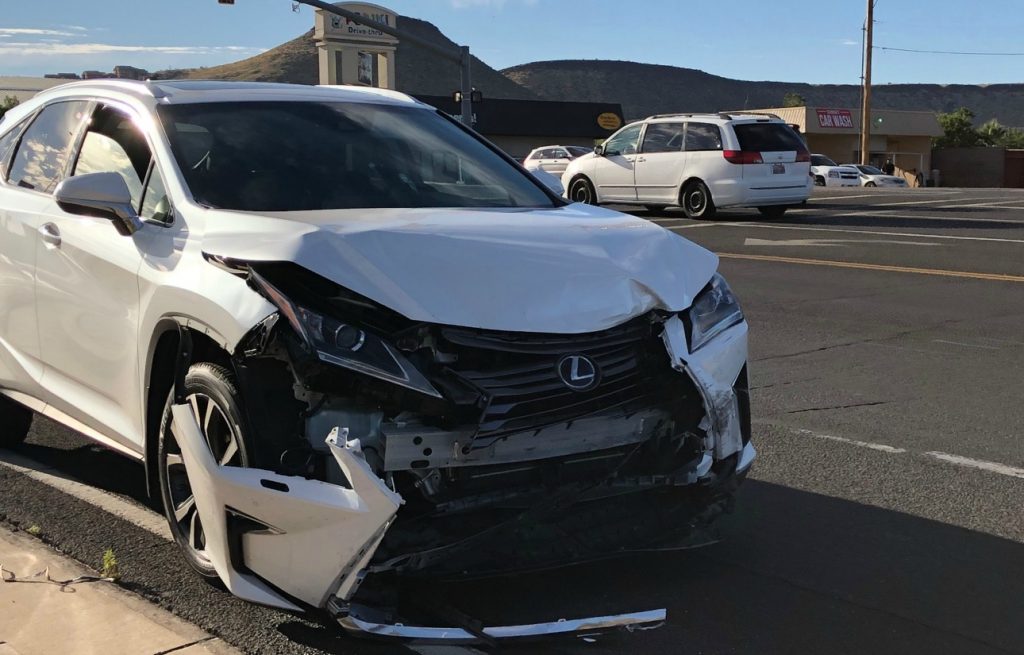 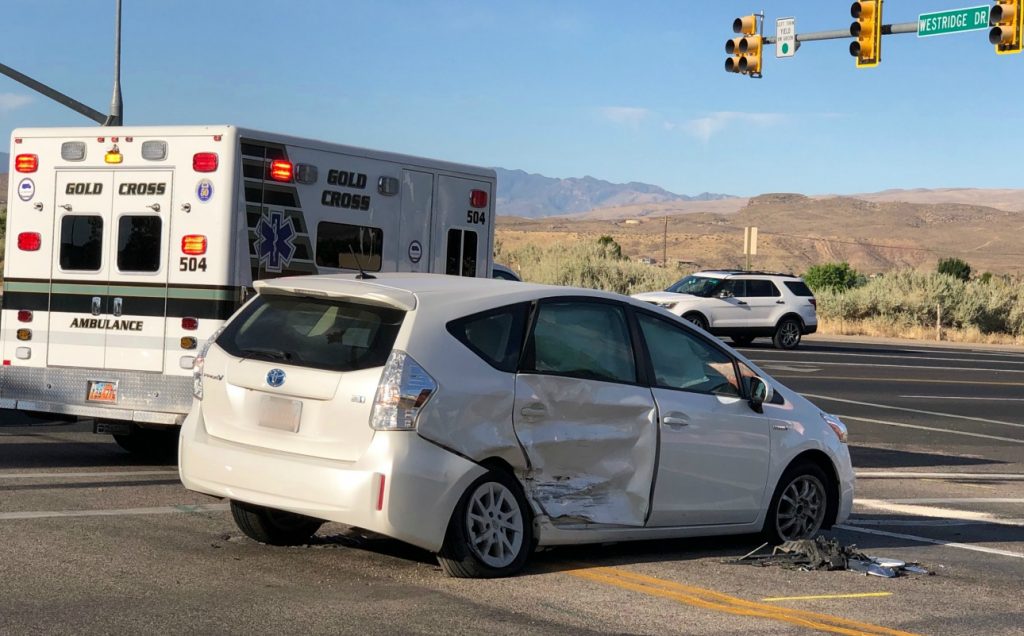 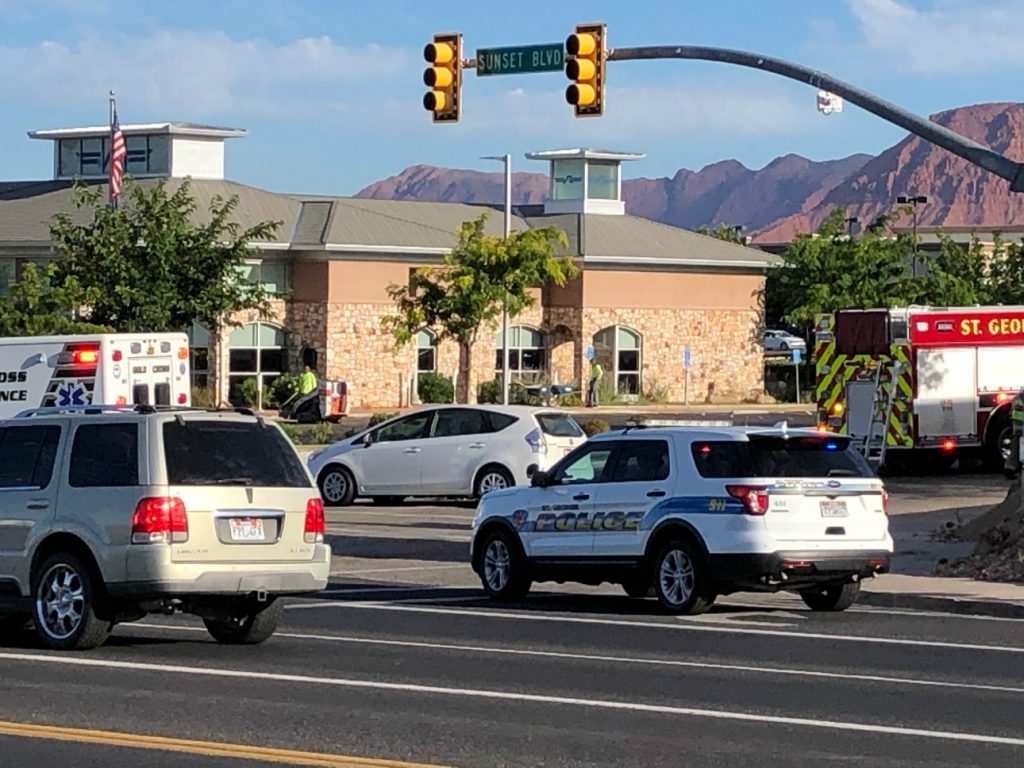 These are the worst intersections for crashes in St. George