Byler, who wasn’t present at the meeting but participated via telephone, will fill the vacancy left by former mayor Steven C. Swann’s abrupt resignation last month.

At Wednesday’s meeting inside Cedar City’s Library in the Park, the four-member Town Council took turns interviewing applicants Byler, Mike Fay and Jim Hilton, asking the three men the same series of questions in front of an audience of approximately 20 other Cedar Highlands residents.

Each of the three interviews lasted between 10-15 minutes, with the council voting on their top choices immediately after that.

During their interviews, all three applicants mentioned the need for cooperation and transparency moving forward.

Byler, a former police lieutenant who retired after a law enforcement career of more than 25 years in Carlsbad, California, said his chief motivation was to provide “strong leadership, but not dominating leadership” and to work with the council to get things done effectively.

“I want to get involved,” Byler said during his interview. “I think the council has taken a lot of steps to correct a lot of things that the community members saw were being done wrong. And I want to help facilitate that.”

During Fay’s interview, he also cited the need for the mayor to work with the council and residents of the town.

“There needs to be a complete faith in one another and be able to work,” he said. “This is a small community and we need to work together. We need to be able to stop by one another’s house or give a call, and not take any one role on that’s too much.”

Hilton, a retired fire captain and computer programmer from the San Francisco Bay area who currently serves as the town’s webmaster, cited the need for the mayor and other council members to learn from past mistakes.

After the three interviews were completed, the council members announced their preferred choices. The initial roll-call vote ended in a 2-2 tie, with council members Beth Gaines and Susan Allman voting for Hilton and council members Linda Stetzenbach and Paul Starks voting for Byler. A few minutes later, after some discussion, Allman switched her vote to Byler, making him the winner by a 3-1 margin.

“This makes me excited to be living in this town, because we could do really well with any of the three of our candidates,” Allman said.

Although Byler has not been formally sworn in yet, his appointment as mayor took effect immediately. After the meeting, the town council members called him back to tell him he’d been selected and to congratulate him.

Byler, who was on a vacation trip in South Dakota, also talked to Cedar City News via telephone after the meeting, saying he hoped to restore a sense of civility and normalcy to the way town business is conducted.

In previous monthly town meetings, citizens were allowed a total of only three minutes to speak, he said.

The town of Cedar Highlands, which was incorporated in January 2018, is nestled high in the mountains overlooking Cedar City. Its current population is estimated to be somewhere between 120-165, but only about half of those are full-time residents, according to town officials.

Byler, a full-time resident of Cedar Highlands since October of 2016, was among the critics of the former mayor and had called for his resignation.

Byler promised he would work diligently toward correcting any budgetary deficiencies or irregularities.

“We’re going to get a handle on the town finances,” he told Cedar City News.

The council has taken some steps in the last couple of months, to kind of get us on that road. We’re not where we need to be yet, but we’re going to take some decisive steps to make sure that the town finances are, as far as I’m concerned, an open book for anybody in the community to have access to and to understand how their money’s being collected and how it’s being spent.

Byler said that moving forward, there aren’t going to be any bills or expenses that aren’t discussed publicly and approved by the Town Council.

“There’s not going to be any mystery to it,” he said.

In fact, the approval of the payment of pending bills was the council’s next item of business after Byler was appointed Wednesday night. Byler said he expects to be back in town this weekend and be ready to start working in his new role as mayor on Monday.

The Cedar Highlands Town Council’s next regular meeting has been scheduled for Aug. 1. 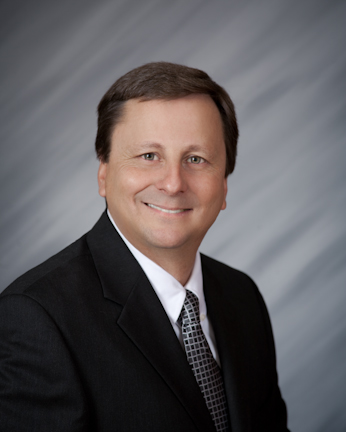 Undated photo of Jim Byler, who was appointed to be the new mayor of Cedar Highlands by the Town Council during a meeting in Cedar City, Utah, July 17, 2019 | Photo courtesy of Jim Byler, St. George News / Cedar City News 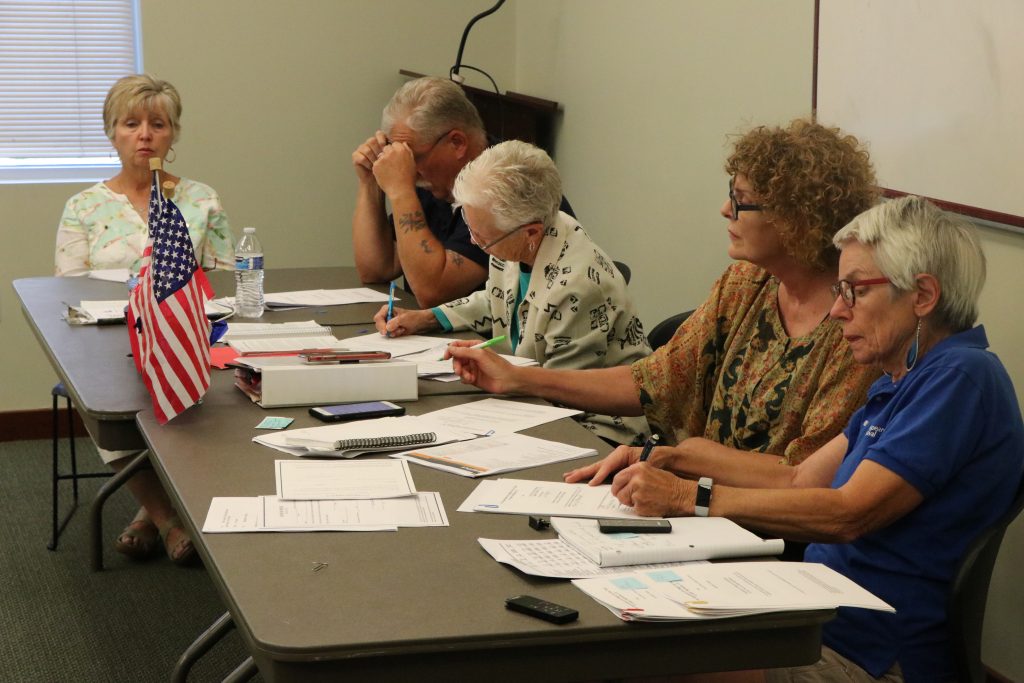 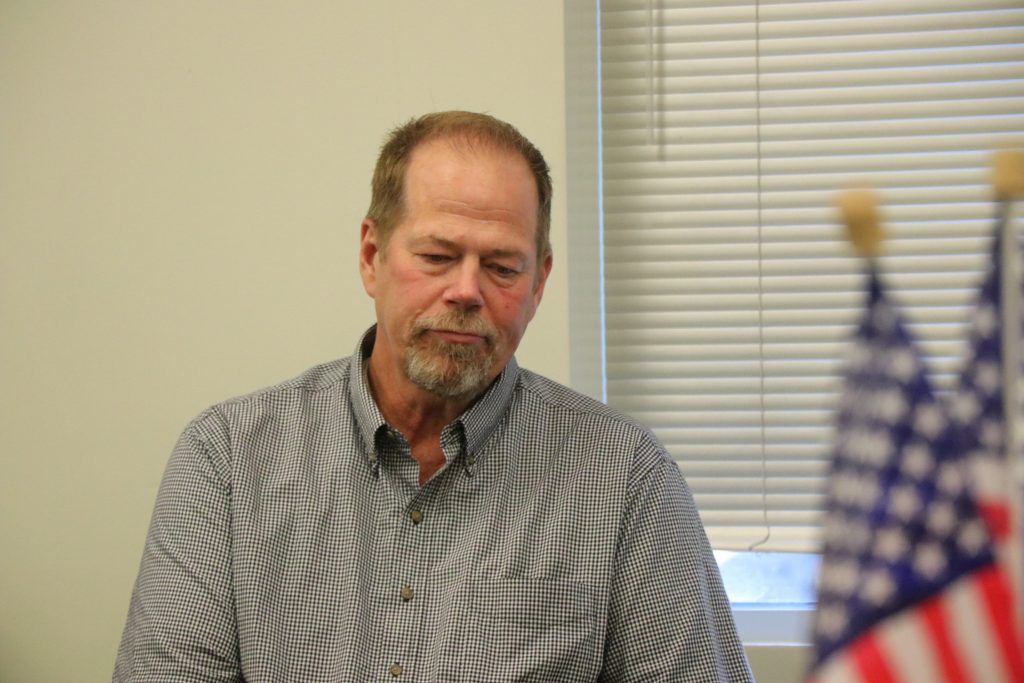 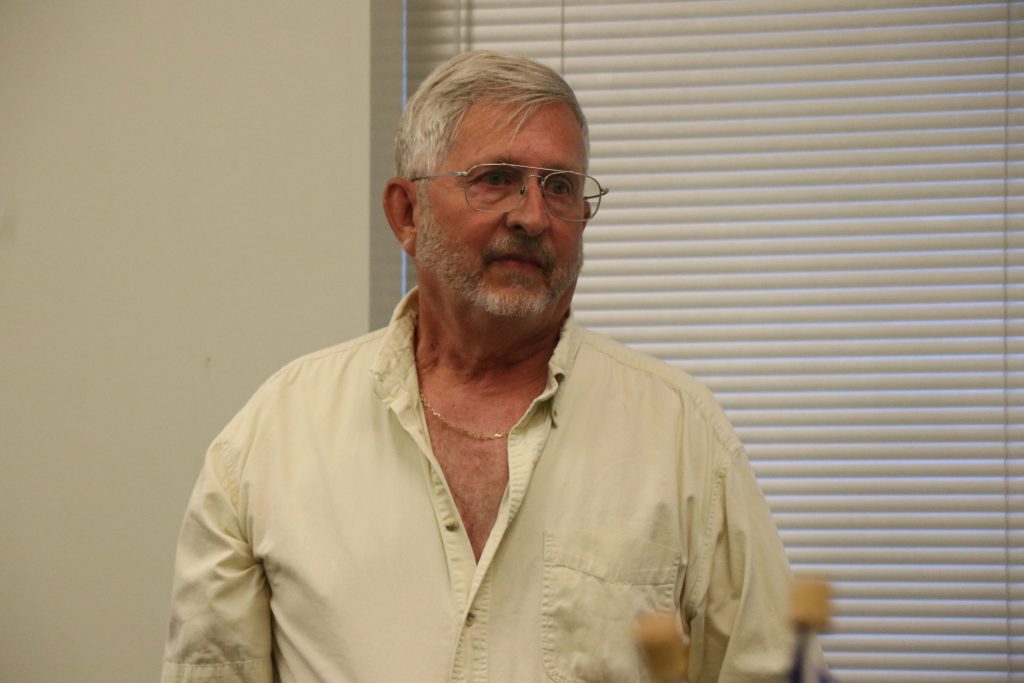 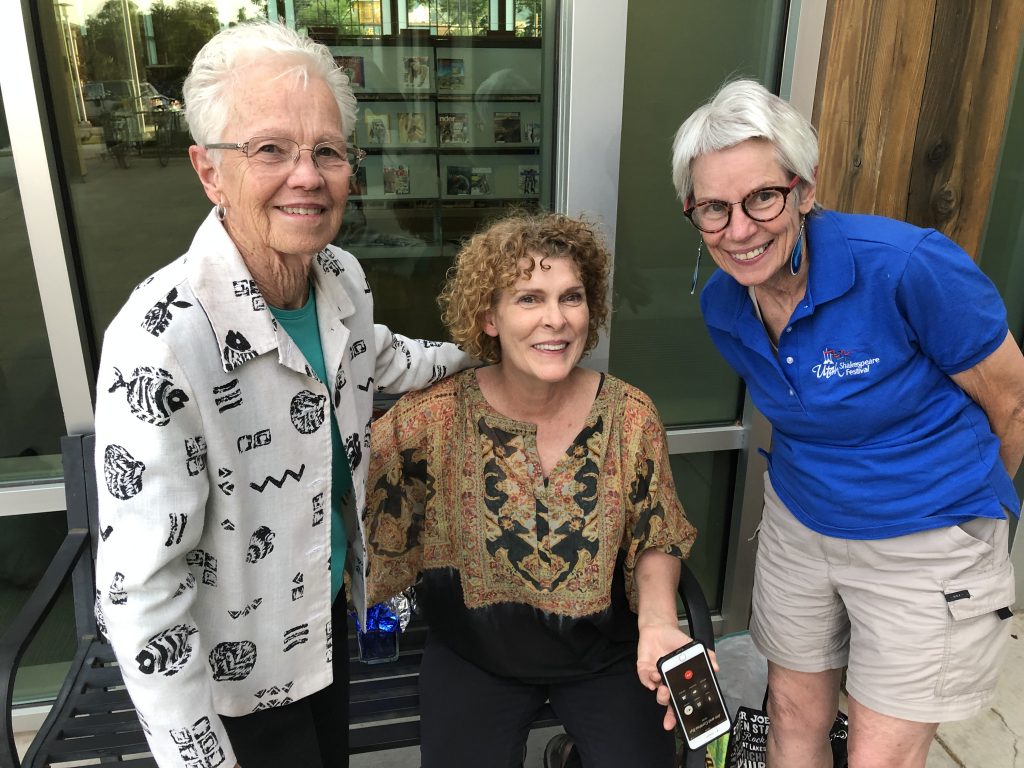 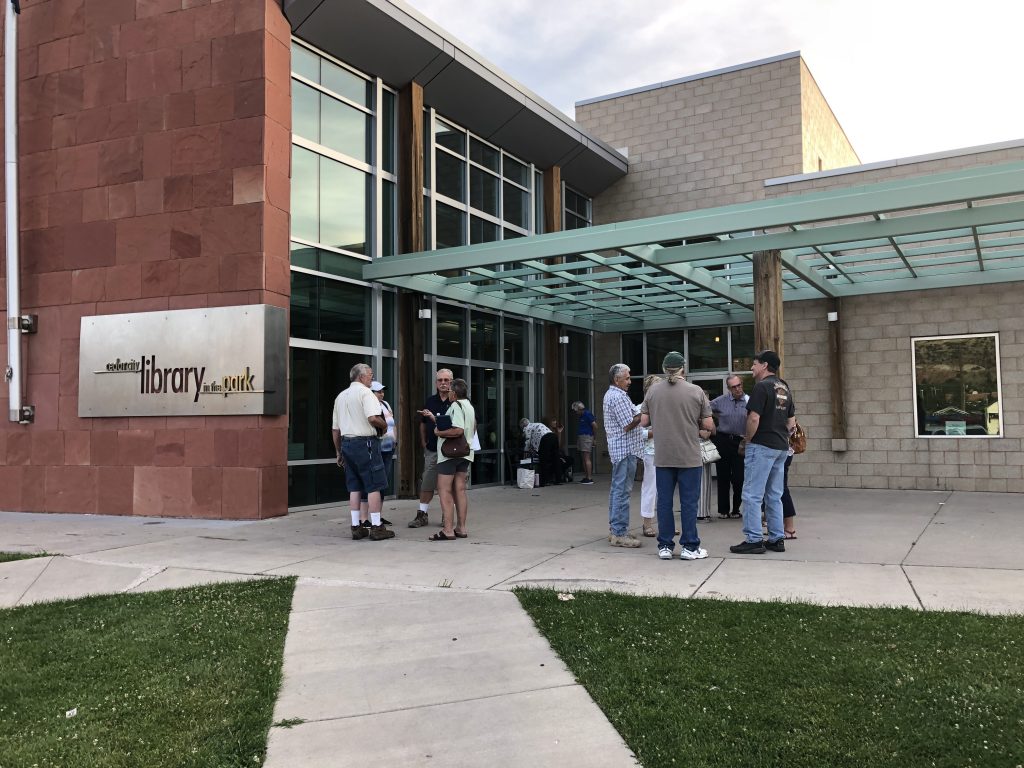 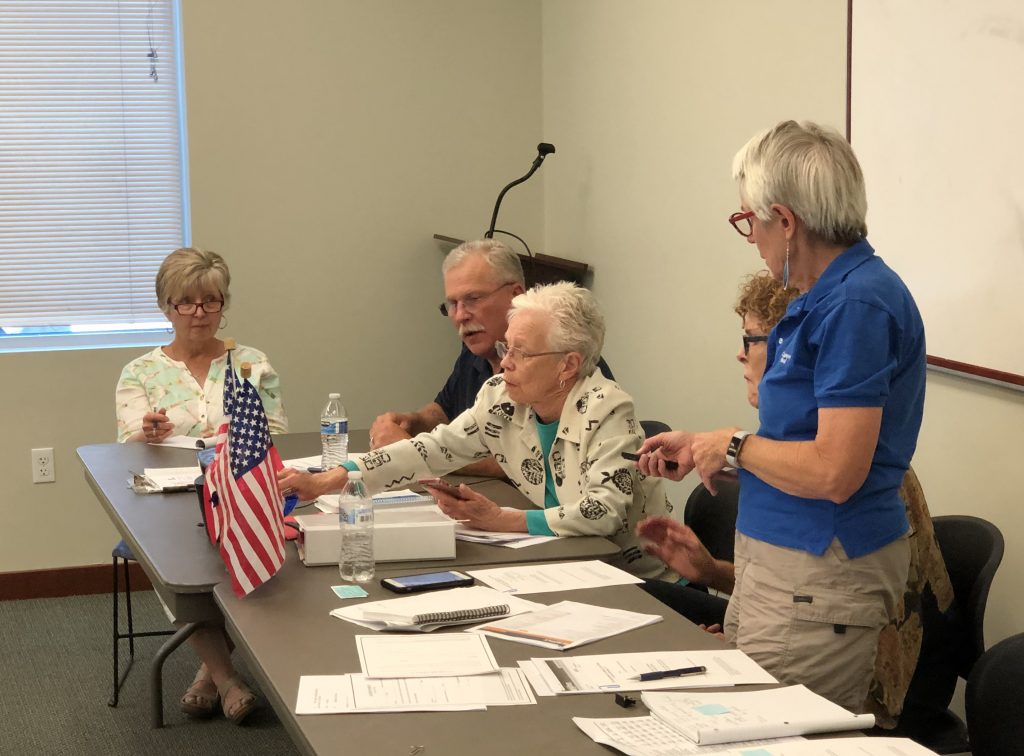 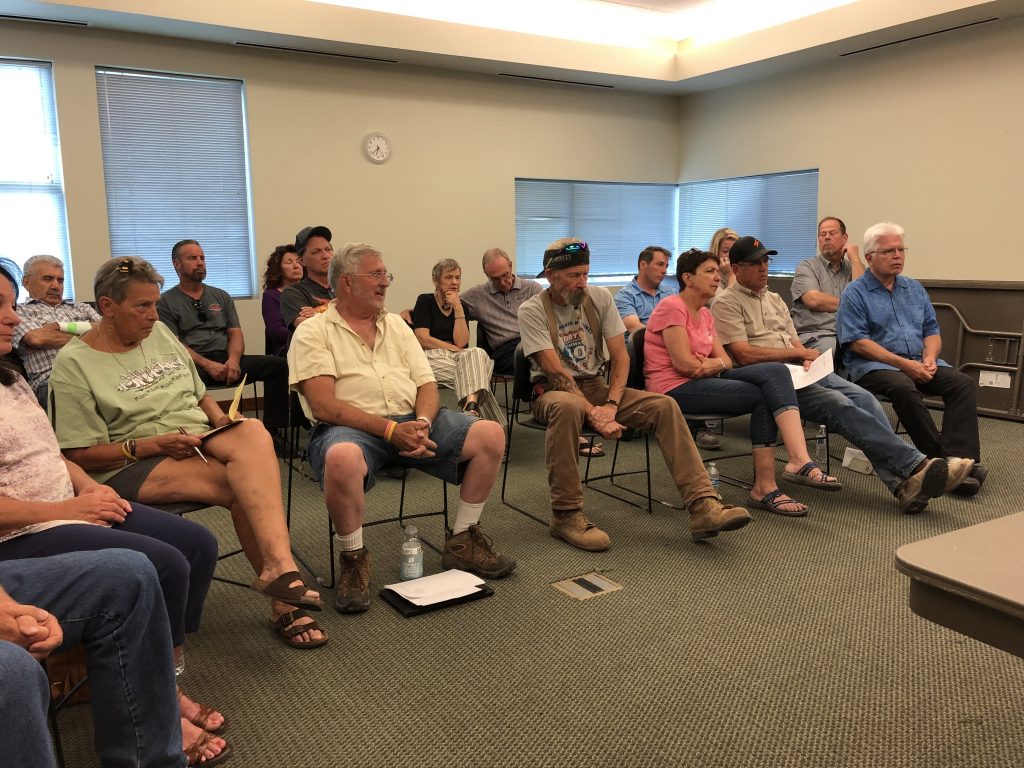