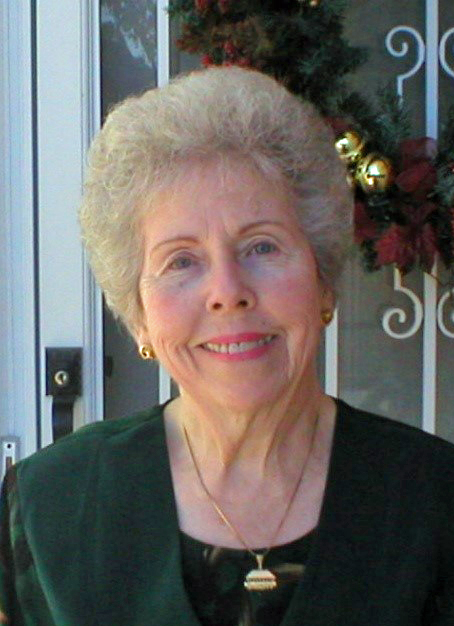 Velene attended school in Salina, graduating from North Sevier High School in May 1948. The following fall she enrolled at Brigham Young University where she majored in business and secondary education. After graduating from BYU, she accepted a teaching position at Virgin Valley High School, where she taught high school business classes.

In Nevada, she met Sheldon LeRoy Abbott shortly after he had returned home from serving an LDS Mission in the Samoan and Fiji Islands. They began dating and were married May 19, 1956, in the St George Utah Temple.

They made their home in San Diego, California, for the next five years where they welcomed their first son, Keith Sheldon Abbott. When Keith was one year old, they moved to Utah so Sheldon could finish college. While in Utah they were blessed with a second son, Brian Ernest Abbott and a daughter, Karen Vee Abbott.

After Sheldon graduated from BYU they returned to California where Sheldon taught at Mt. San Jacinto College for the next 11 years. Velene was busy through all these years raising her children and staying very active in church work serving in leadership positions in both ward and stake and also doing much in music.

The next five years found them in Henderson, Nevada, where Sheldon owned and operated a large auto parts store. Once again, Velene was busy in her church callings and also doing the bookkeeping for their auto parts store. It was a great relief to the family when the store was sold and they moved to Utah, a dream they had had for many years. They first built a home in Washington City and later moved into Country Meadows South in St George. In both Washington and St. George, Velene continued to faithfully serve on both ward and stake levels.

They had wanted to be near the St George Temple and were so happy to be called as ordinance workers where they served for nearly 10 years. Then they were called to serve as temple missionaries in the Samoan Temple in the South Pacific. They loved this experience working with the beautiful Samoan people.

Shortly after returning from Samoa they were called as the Mission Office Couple in Nagoya, Japan. Here they became the “Grandma and Grandpa” of over 120 missionaries whom they loved deeply.

After being home from Japan a short time, they were once again asked to serve another Temple Mission in Samoa. Soon after arriving in Samoa they had the terrible experience of watching the Samoa Temple burn to the ground. Because of this, they were transferred to being humanitarian missionaries and loved helping the Samoan people to have a better life.

When they returned from Samoa again, Velene continued to serve in the temple and in her ward, especially music. She also did much on the computer with the indexing program, being an arbitrator for several years and worked diligently on her family history. She was also a member of Daughters of Utah Pioneers and was proud of her pioneer heritage.

Velene is survived by her son, Brian (Carol); her daughter, Karen (Alan); 11 grandchildren; and 14 great grandchildren.

Velene followed her beloved Sheldon by only nine short days in death. Her parents; her oldest son, Keith, and her son-in-law, Robert Jensen, also preceded her in death.