ST. GEORGE, Utah — A man was arrested Saturday on suspicion of DUI after crashing a Jeep into a parked SunTrans bus and then fleeing the accident scene on foot, according to St. George Police.

Officers responded to the scene, on Bluff Street just north of the Sunset Boulevard intersection, and apprehended the suspect within minutes near the Dixie Red Hills Golf Course. The man, Jordan Garcia, was taken into custody, taken to the hospital for observation, and then booked into Purgatory Correctional Facility on suspicion of DUI, said Sgt. Dave Williams.

“The suspect was arrested for DUI and he also faces possible drug charges as well,” Williams said, adding that Garcia will be charged with traffic offenses as well.

Based on their investigation, authorities say the suspect was driving a Jeep southbound on Bluff Street at a high rate of speed before colliding with the rear section of the parked bus shortly before 8 a.m.

The collision caused the Jeep to spin out of control and forced the vehicle’s metal rims to dig into the asphalt, Sgt. Williams said.

The bus was unoccupied at the time of the crash. While initial reports indicated that two suspects had fled the Jeep, video surveillance footage and other evidence gathered at the scene revealed that only one suspect was involved.

At the time of the crash, Gold Cross paramedics just happened to be staged in the parking lot adjacent to the bus stop when the incident took place. Therefore they immediately notified police dispatchers of the accident, which may have reduced response time which contributed to the apprehension of the driver, Williams said.

The Jeep was destroyed in the crash and both vehicles were later towed from the scene, police said.

The investigation into the incident is ongoing. 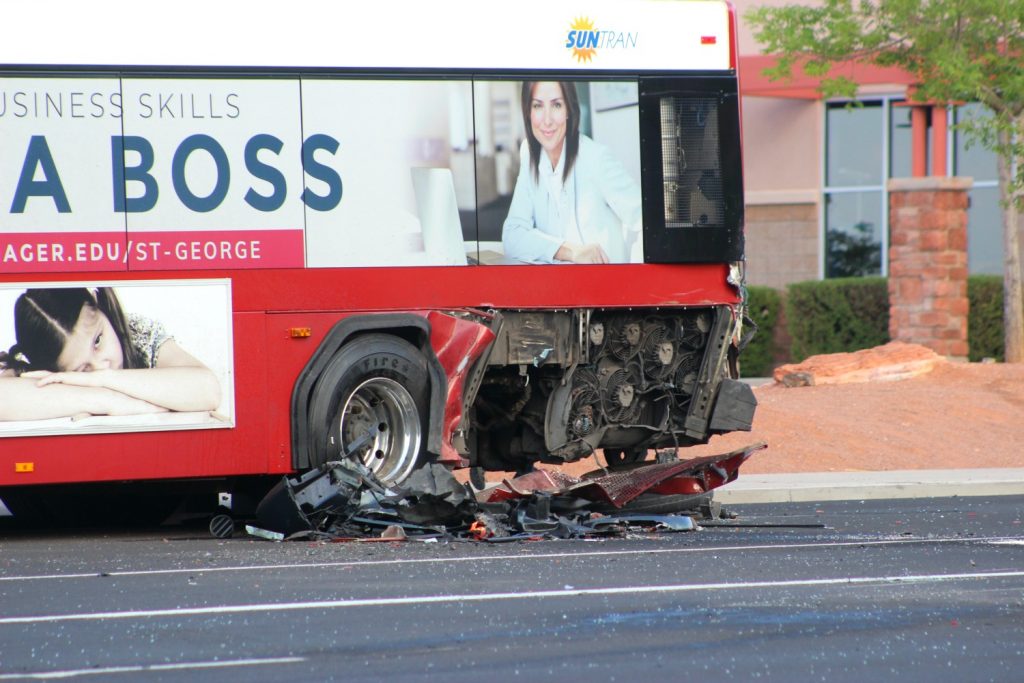 SunTrans bus sustains extensive damage when it is struck by a Jeep during a two-vehicle crash on Bluff Street, St. George, Utah, July 13, 2019 | Photo by Cody Blowers, St. George News 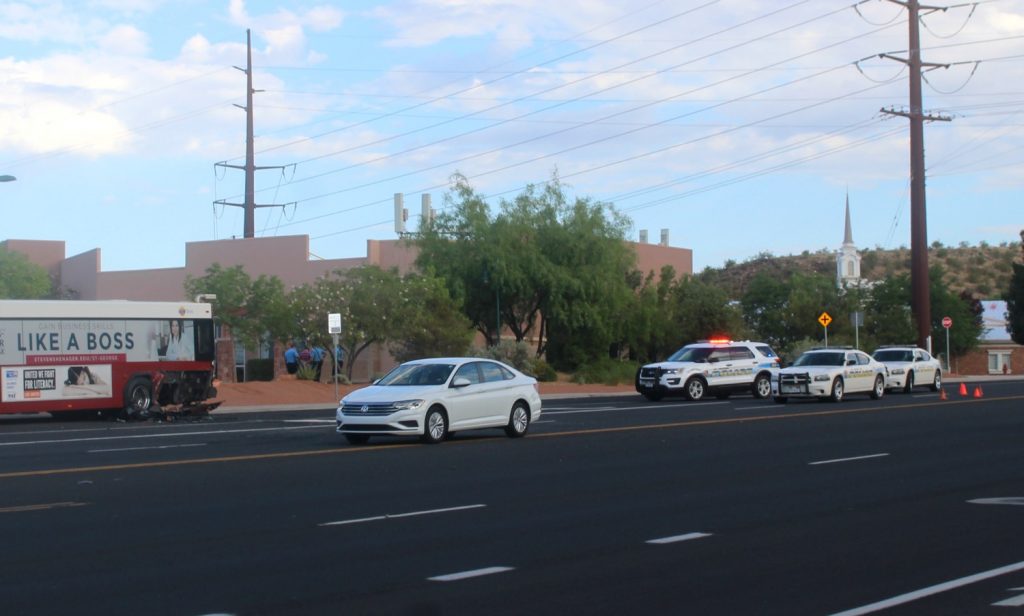 The scene of a two-vehicle crash where a Jeep collides with a SunTrans bus on Bluff Street, St. George, Utah, July 13, 2019 | Photo by Cody Blowers, St. George News

Police: Car bursts into flames after 3-vehicle crash involving DUI on I-15