CEDAR CITY — The family and friends of a Parowan teenager who was seriously injured in a vehicle rollover more than a month ago say they are amazed by his remarkable recovery.

On the morning of June 4, 15-year-old Beau Millett was driving a pickup truck along a frontage road near Interstate 15 when it overturned, ejecting him from the vehicle. He reportedly landed some 30 feet away from the truck, amid sagebrush.

“Basically, he rolled his truck and they’re not sure what caused it,” said Beau’s mother, Tami Millett. “But we are super lucky that somebody saw it happen.”

A passing motorist driving on northbound I-15 called 911, at which point dispatcher Chelsie Yardley immediately called for both police and ambulance personnel to respond, Tami Millett recalled.

“We were lucky that he got help right away,” she said.

Meanwhile, back at home that morning, Tami Millett said her husband Buddy Millett got worried when their son didn’t come back in time for them to head to work together.

“He took off to try to go see where (Beau) was at and came up on the scene,” Tami Millett recalled. “There were cops and paramedics there already, and they obviously didn’t let him go down by him because it was pretty bad.

“He could hear (Beau) gasping for breath and the EMT just kind of trying to calm him down and telling him to stay with him. So it was pretty traumatic for him.”

For more than one month since then, the Milletts have been by their son’s side in the hospital almost constantly, helping him through his recovery.

Beau’s initial prognosis was not good, his mother said.

“He had to have a bone flap removed from his head to save his life, because there was so much swelling and damage to the brain,” Tami Millett said, adding that her son also had a broken femur and multiple facial fractures, which have required multiple surgeries.

After spending the first few weeks in the hospital in a mostly unresponsive state, Beau has made significant progress lately, his mother said.

“We’ve just seen him take off in the last couple of weeks, and he is now walking and talking, going up and down stairs and riding their little therapy bikes,” Tami Millett told Cedar City News Wednesday afternoon by telephone from her son’s hospital room in Salt Lake City.

“The doctors and nurses are all just astonished at how quickly he’s recovering,” Tami Millett added. “The rehab doctors came in the other day and just said, ‘We’re gonna have to rethink our plan for you, because originally we were thinking months, and now we’re thinking weeks.”

However, there is not yet a specific timetable for Beau and his family to return home to Parowan.

A 6-foot-4 standout athlete, Beau is scheduled to start his sophomore year at Parowan High School this fall. His younger brother, 14-year-old Luke, will be a freshman, and Beau had been looking forward to playing high school sports with his brother, their mother said.

The brothers have an older sister, Baylee, 19, who is currently a student at Dixie State University, Tami Millett noted, adding that Baylee was in an accident of her own last year that cost her the sight in one of her eyes.

“We’ve had our share of bumps and bruises, for sure,” Tami Millett said.

The Milletts said they are grateful for the many friends and neighbors who have stepped up and pitched in to help during Beau’s recovery.

“People have just kind of taken us under their wing and taken care of the house, the yard, the sprinkler systems and you name it,” Tami Millett said. “They’ve just taken care of us. The power was out for three days the other day, and our friends were over there hooking up generators to make sure our food didn’t go bad.”

Support and well-wishes for Beau have also been pouring in almost continually, she said.

“Our community and surrounding communities just have rallied for Beau. We know a lot of people in Southern Utah because he’s played a lot of sports, ball teams, baseball, basketball, football. And so a lot of people know him, and a lot of people love him. He’s a very kindhearted, loving kid that loves people, and so they love him.”

Since the day of her son’s accident, Tami Millett has posted regular updates on a Facebook page called BEauStrong, which has the secondary “Be Strong” message included. Many of the posts include pictures of family and friends sporting blue-and-yellow T-shirts, wristbands and other items adorned with the “BEauStrong” motto, along with Beau’s uniform number 12.

“We are witnessing miracles here, people!” Tami Millett wrote in a Facebook post Tuesday that included a photo of Beau sitting in a wheelchair flanked by his parents and brother. “Beau’s brain injury is the most severe type of brain injury. Last week he couldn’t sit without assistance. This week he is walking, climbing stairs, throwing balls and riding bikes!”

Over the past month, several fundraising efforts, from soccer tournaments to chimichanga sales at a local restaurant, have helped ease the financial burden associated with Beau’s ongoing medical expenses.

“Lots of people are pulling together to help us, and it’s really appreciated,” Tami Millett said.

Tami Millett said the fact that her husband owns his own business “helps take that pressure off a little bit to have him not worry so much about finances, and he can be here with Beau.”

This Friday, there will be an online auction on Instagram starting at 7 p.m., wherein various donated items will be sold to the highest bidder who comments on the item’s photo. For rules and details, visit ParowanStrongAuction. Proceeds from that event will be split between Beau Millett’s family and the Warrens, another Parowan family who also experienced a life-changing mishap when Rhonda Warren suffered a broken neck in a riding lawnmower accident in early May.

Then, on Saturday, a yard and bake sale to raise money for Beau Millett and his family is scheduled to take place at 4759 N. Oregon Trail in Enoch, from 8 a.m. until 3 p.m. Click here to view a flyer for the event.

Tami Millett said she continues to be grateful and amazed at the ongoing outpouring of support. She said she’s already looking forward to when Beau will be able to come home from the hospital, which she hopes will be in the not-too-distant future.

“Everyone’s kind of different in how they respond to these brain injuries,” she said. “But Beau is doing very well, so we’re hoping for sooner rather than later.” 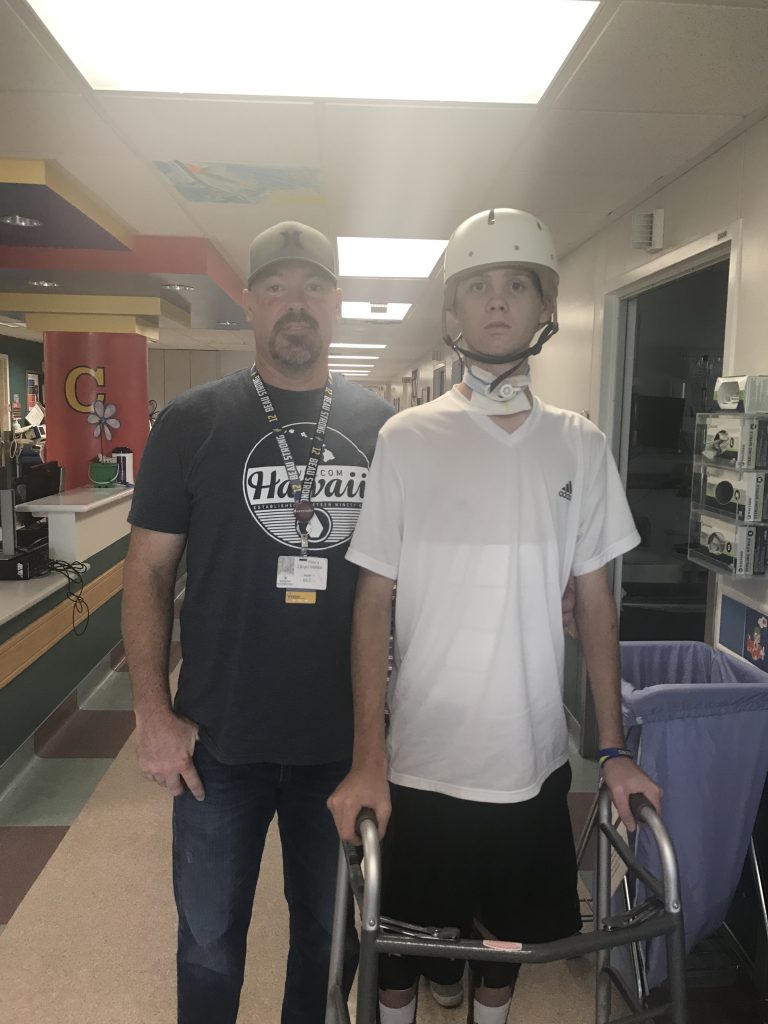 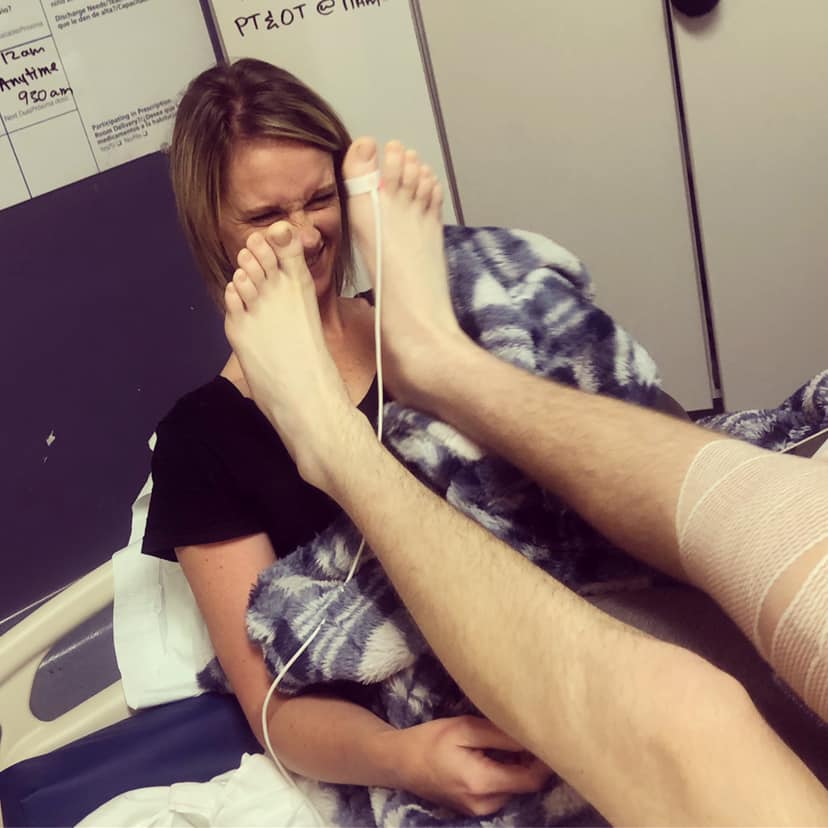 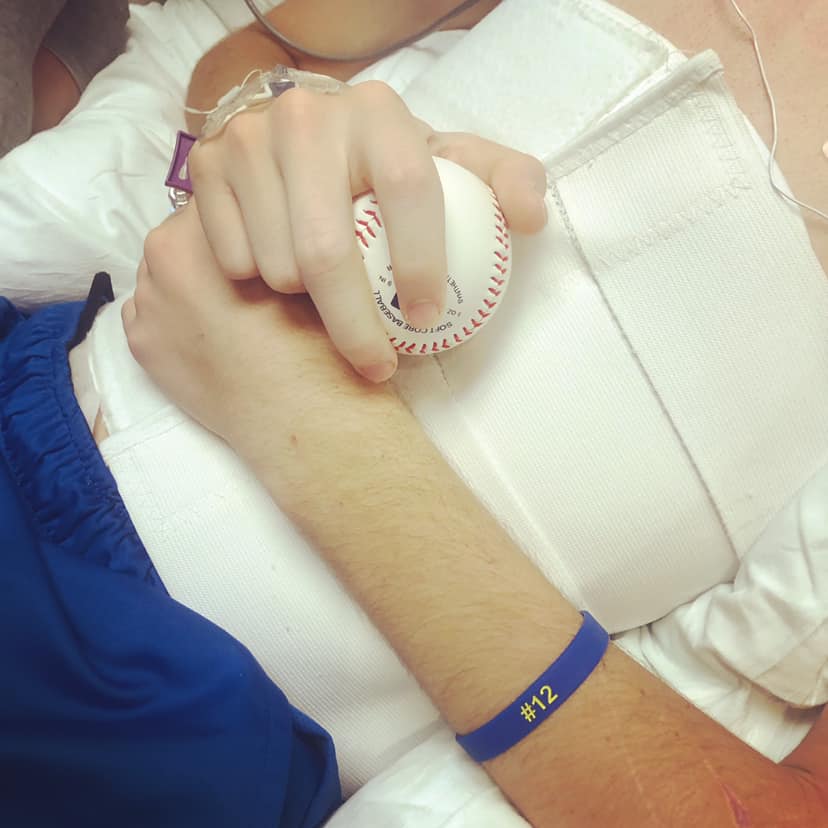 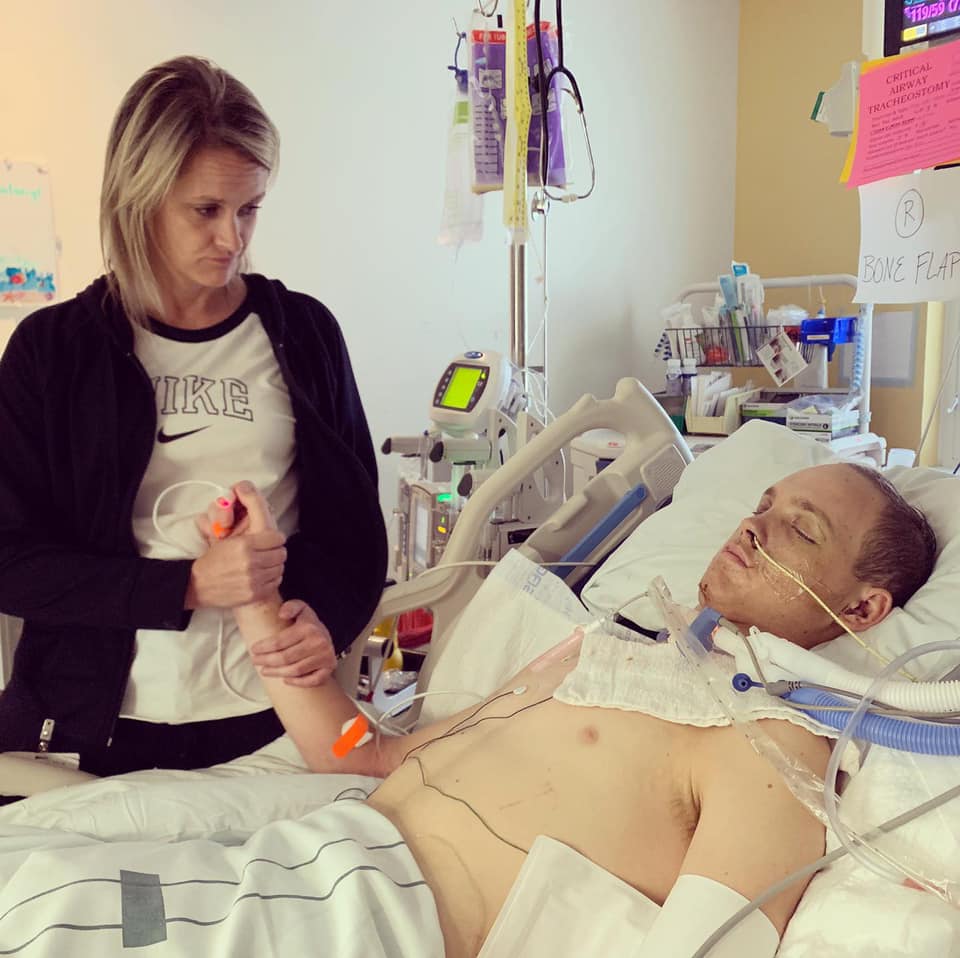 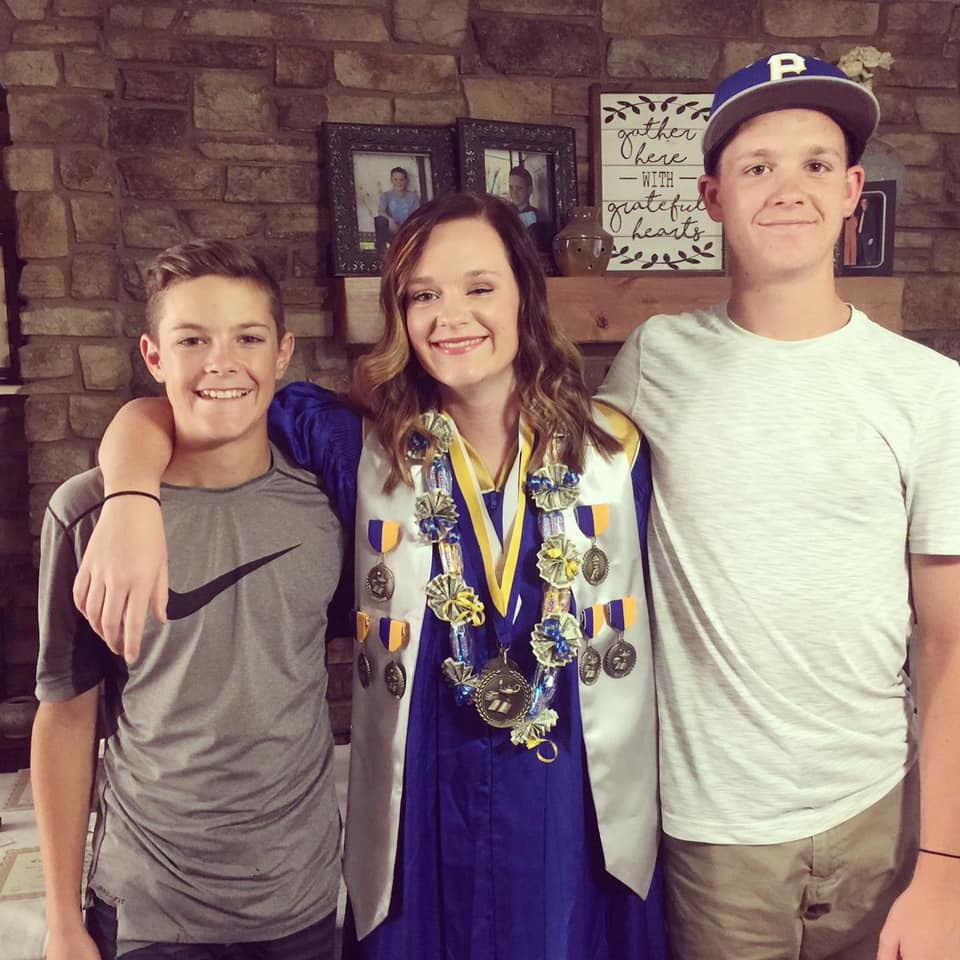 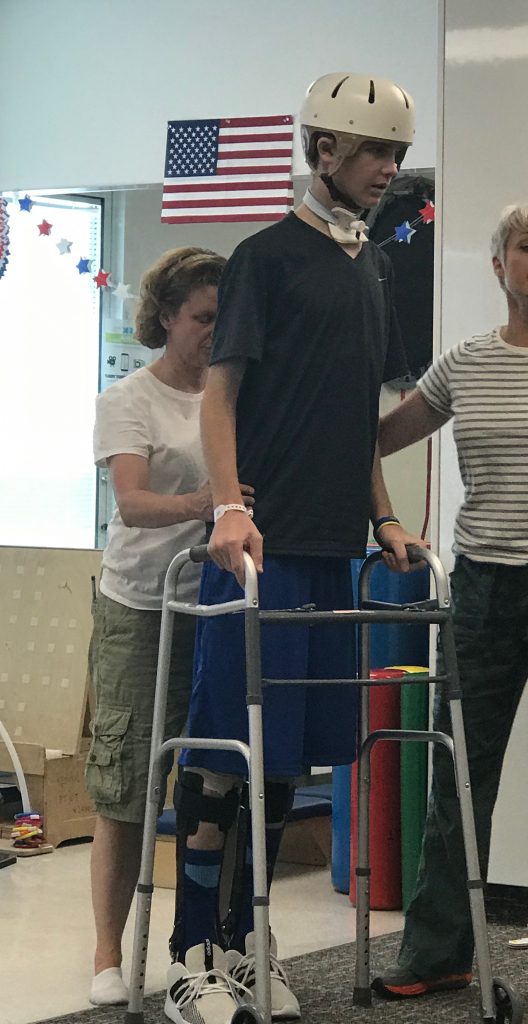 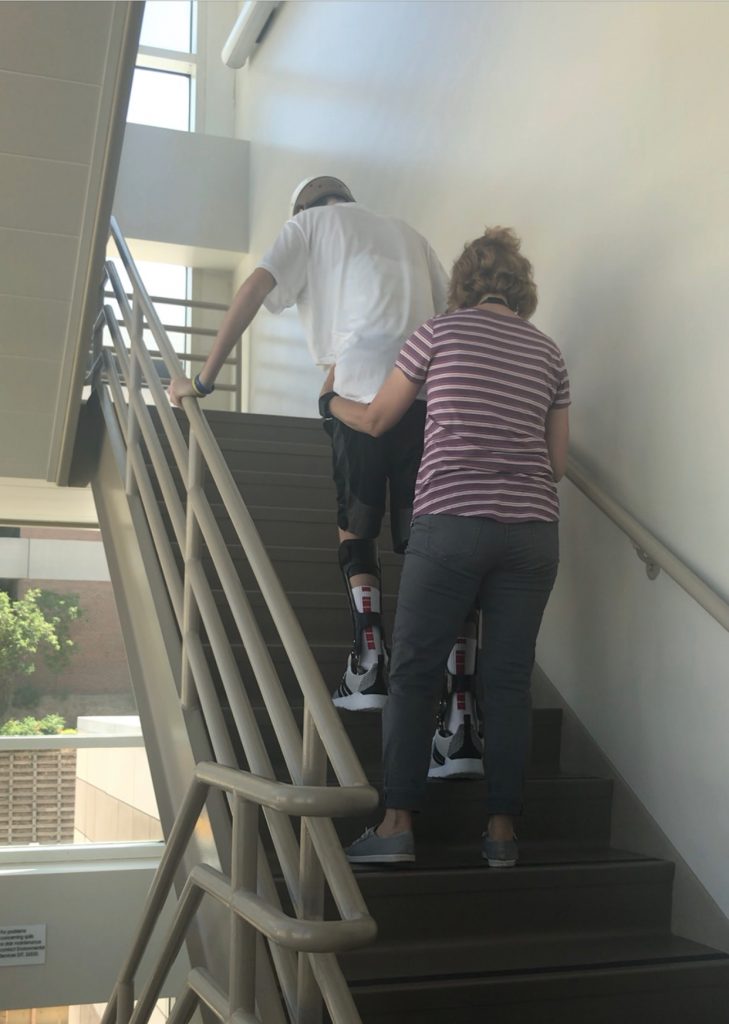 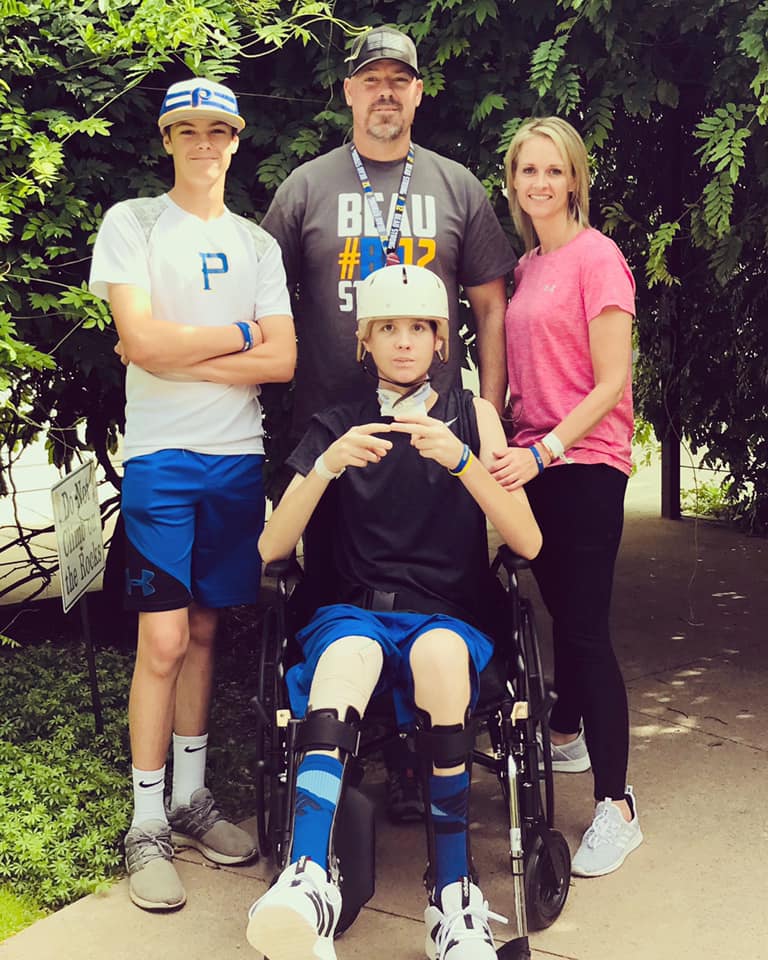 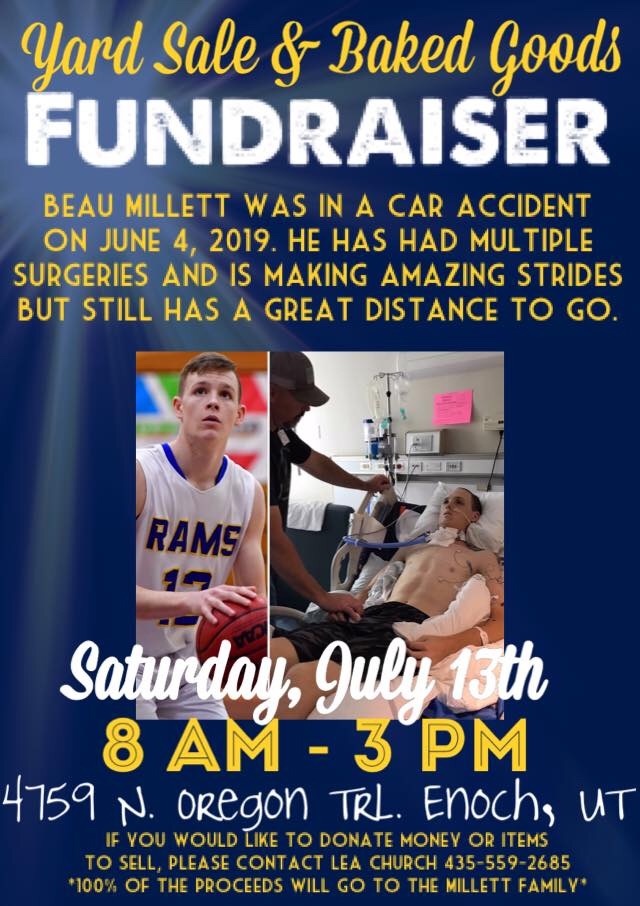