ST. GEORGE — St. George Police SWAT staged at the parking lot of Fossil Ridge Intermediate School on Tuesday morning in response to an incident that took place at the nearby Red Rock Student Housing complex in the early hours.

St. George Capt. Mike Giles told St. George News the incident started at around 1:30 a.m. in the area of 1990 East and South Mall Drive, where police were called to the scene of a fight.

Early calls that came in reported gun shots, but Giles said no guns have been found on the scene at this point.

When police arrived, they found a man with blunt force trauma, who has since been admitted to the hospital, but Giles said his injuries are not life threatening.

SWAT staged at the school just after 5 a.m., and just before 6:30 a.m., units dispersed from Fossil Ridge to the Falls Event Center on Mall Drive.

St. George News was on the scene and reported seeing a man on the ground surrounded by officers. The man was taken into custody.

Giles said three others have also been taken into custody, including both juveniles and adults, but no arrests have been made. Investigators are currently trying to get search warrants to advance the investigation, Giles said. 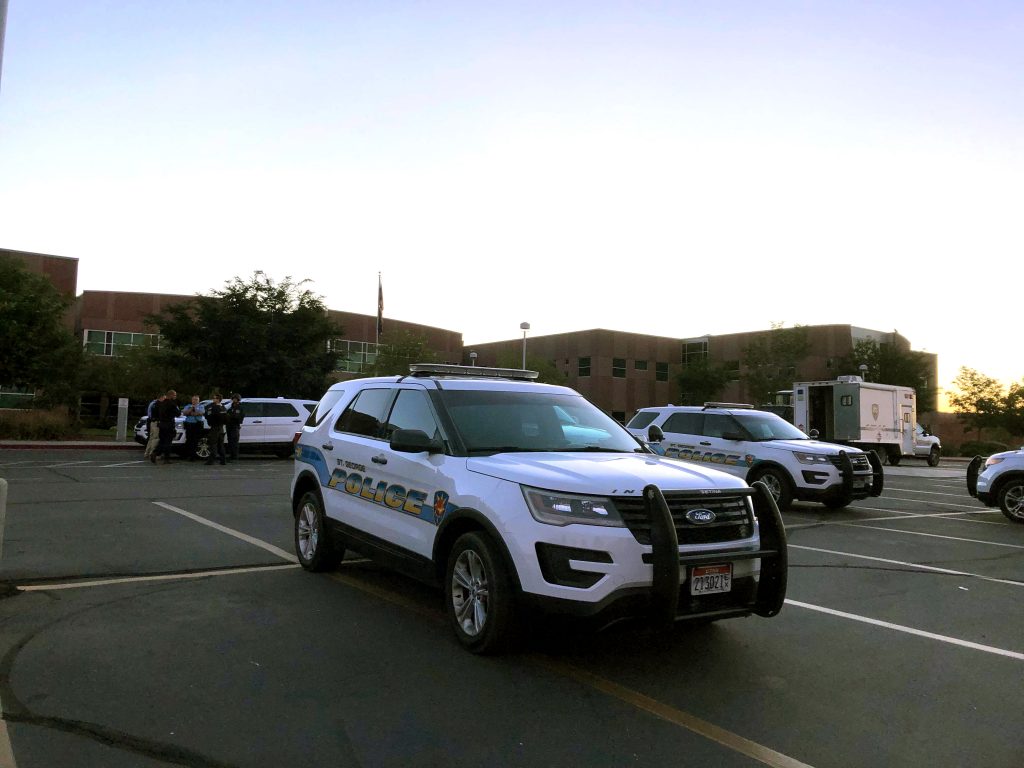 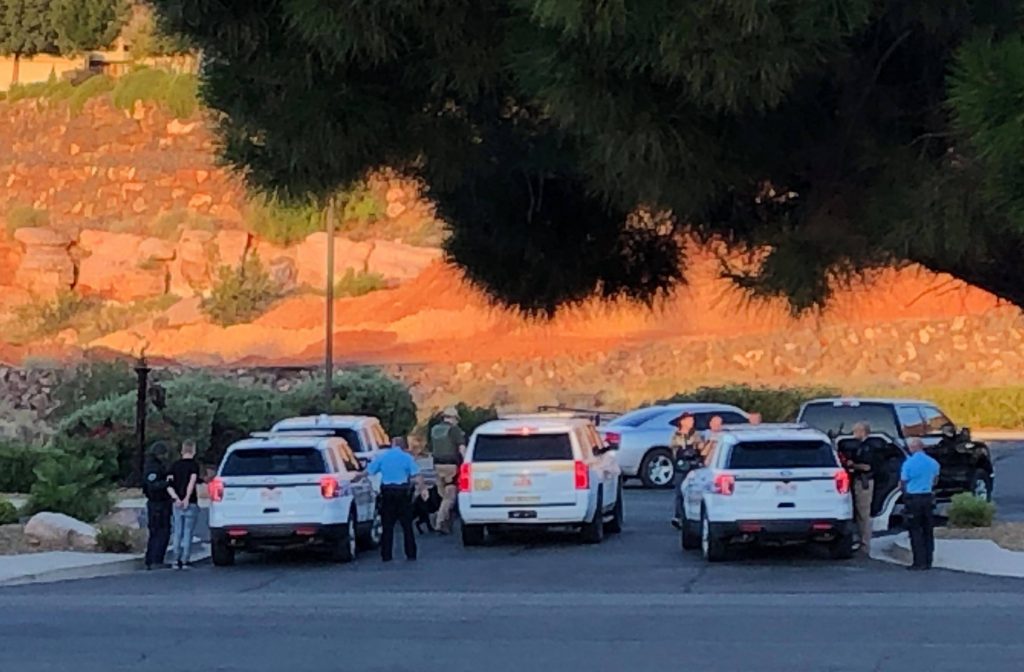 Police: Man suspected of shooting L.A. deputy left St. George 'to make it on his own or die'

SWAT rolls in when shots fired during road rage incident